Plus voters in several other states weigh in on sex ed, armed defense in churches, and more.
Megan Fowler|October 30, 2020 01:00 PM 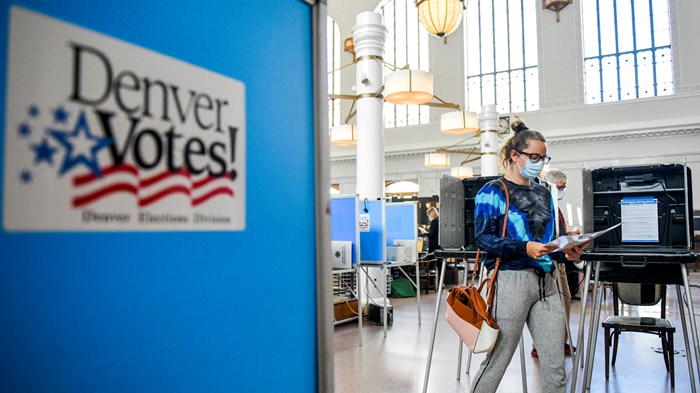 Update (November 4): Voters in Colorado rejected the ballot measure restricting abortion while a majority in Lousiana said abortion is not a protected right.

Amy Coney Barrett’s confirmation to the US Supreme Court has increased speculation that the right case could overturn Roe v. Wade. But states are not waiting for a high court ruling to pass their own restrictions on abortion.

Two states have ballot questions pertaining to abortion during this election season: Louisiana and Colorado. Though the legal landscape and public sentiment around abortion are vastly different in the two states, pro-life groups in each are hoping to provide further protection for the unborn.

Pro-life advocates in Louisiana aim to strengthen the state’s abortion regulations against further judicial scrutiny while those in Colorado hope voters will approve a move to restrict late-term abortions, a regulation the Democratic legislature has resisted.

Passage of Colorado Prop 115 would make it a misdemeanor for medical providers to perform abortions after 22 weeks’ gestation for any reason except to save the life of the mother, with doctors facing fines up to $5,000. The mother would not face criminal penalties.

It’s a long shot in Colorado, but pro-lifers in the reliably blue state have few alternatives for enacting any type of abortion restriction. In 1967, Colorado became the first state to decriminalize abortion, six years before Roe V. Wade permitted abortions nationwide.

Carol Tobias, president of the National Right to Life Committee, acknowledged that a pro-life ballot initiative is an uphill fight in Colorado, especially given the money pouring in from Planned Parenthood and other abortion-rights groups against the measure. But with Democrats controlling the state legislature, ballot initiatives are the best chance to bring change in the Centennial State.

According to Ballotpedia, pro-choice opposition to Prop 115 has raised nearly $7 million to the $537,000 raised in support of the measure. Despite how Prop 115 supporters have been outspent, Democrats for Life president Kristen Day sees it as a competitive race. She said Democrats for Life of Colorado has put in the work canvassing neighborhoods, writing op-eds, speaking out, and encouraging Coloradans to see the late-term abortion ban as a reasonable measure.

“Colorado is trying to do something very mainstream that is consistent with Democratic values,” she said.

A KUSA-TV poll conducted in the first week of October found that 42 percent of likely voters supported the move to bar abortions after 22 weeks, while 45 percent opposed it and 13 percent were unsure.

According to Ballotopedia, Colorado voters decided eight measures related to abortion between 1984 and 2014, but none proposed barring abortion after a certain point in pregnancy. Three times, the state attempted to change its constitution to define personhood as from the moment of conception.

Louisiana already bans abortions after 15 weeks, but pro-life groups worry that a court challenge could erase the gains made for the unborn. In June the US Supreme Court struck down a 2014 law passed by the Louisiana state legislature that required any doctor offering abortion services to have admitting privileges at a hospital within 30 miles.

Tobias said the aim of Louisiana’s ballot initiatives is to protect against the Louisiana Supreme Court determining that abortion is a constitutional right. “We have seen states that can pass strong pieces of pro-life legislation and a state supreme court will knock it down,” she said. “Louisiana wants to make sure it doesn’t happen there.”

Louisiana Amendment 1 would add language to the Louisiana Constitution stating, “Nothing in this constitution shall be construed to secure or protect a right to abortion or require the funding of abortion."

Since 2014 three states—Tennessee, Alabama, and West Virginia—have added constitutional amendments declaring that the state constitution does not secure or protect a right to abortion or require the funding of abortion.

Louisiana’s Amendment 1 is the final step in a legislative process begun in 2019 by State Rep. Katrina Jackson when she introduced the constitutional amendment in March 2019. Both legislative chambers approved the bill in June 2019, referring the amendment to the November 2020 ballot. Jackson, a pro-life Democrat, said she wanted to ensure Louisiana never followed New York in permitting abortion for any reason up until the moment of birth.

These ballot measures represent the range of the pro-life legislative fight in 2020. “Pro-lifers are not going to give up,” Tobias said. “Louisiana is a pro-life state; Colorado doesn’t have any limits or protections for the unborn. They are two ends of the spectrum, but pro-lifers are fighting hard.”

Ballots in several other states will include questions on a range of public policy issues of interest to Christians, including sexuality, guns, and marijuana:

“Sex ed mandate” in Washington: Voters will have a say on a bill passed by the Washington State Legislature and signed by Gov. Jay Inslee requiring public schools to provide comprehensive sexual health education for all K–12 students. Political and religious conservatives—Washington State Catholic Conference and Family Policy Institute Washington—are working to overturn the measure through the ballot referendum before it is scheduled to go into effect in 2022. Supporters say it is age-appropriate, beginning with lessons on social and emotion health and abuse prevention in grades K–3, but opponents fear that even families who opt out will be subjected to “school yard discussions and the culture change that may take place at school.” (Passed.)

Removing slavery as punishment in Nebraska and Utah - Twelve states still have constitutional provisions permitting slavery or involuntary servitude as a criminal punishment. Nebraska and Utah voters have the chance to remove their states from this list. In Nebraska, a vote in favor of Amendment 1 supports removing outdated language from the Nebraska constitution permitting slavery as a punishment for certain crimes. In Utah, voting in favor of Constitutional Amendment C would remove language permitting slavery and involuntary servitude as punishment for certain crimes. Christians and Mormons have sided with the Utah Coalition to Abolish Slavery, which sees the change as a symbolic move and a way to work toward healing. (Passed and passed.)

“Stand Your Ground” in churches in Alabama: Alabama Amendments 5 and 6 will extend “Stand Your Ground” rights to churches in Franklin and Lauderdale counties. If approved, the Alabama Constitution will be amended to state that individuals have the right to use deadly force in self-defense or in defense of another at churches in Franklin and Lauderdale counties. Local pastors said it’s sad such laws are needed but have spoken out in favor. In recent years, Nebraska banned concealed carry in churches, while Texas made more explicit gunowners’ rights to carry in houses of worship. (Passed.)