Regulators aim to prevent another Trinity HealthShare scam. But ministries plan to do it themselves.
Liuan Huska|October 21, 2020 08:00 AM 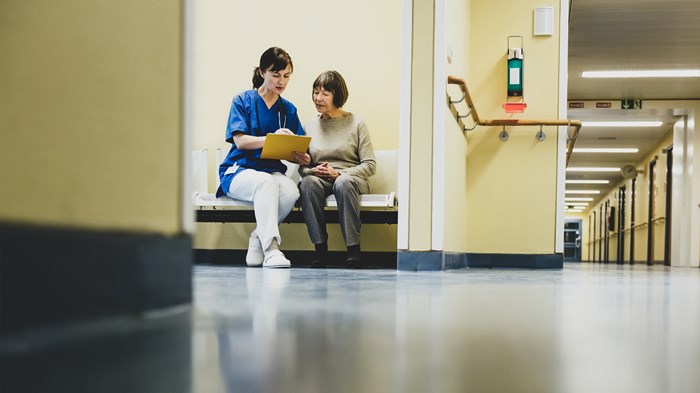 Amid a flurry of recent legal actions against Trinity HealthShare and its operations affiliate Aliera Companies, other health care sharing ministries are working to keep their place and reputation as an alternative to insurance.

Some say the entire industry requires greater oversight as “illegitimate” companies use the model—and exemptions carved out for faith-based options—to flout regulations.

Christian health care sharing ministries have existed since the 1980s but took off over the past decade. Since 2010, when the Affordable Care Act exempted members of health care sharing ministries from purchasing insurance, these groups have grown from around 200,000 members to include over 1.5 million Americans. Trinity (now known as Sharity) has 21,800 member households (not individuals) while Samaritan Ministries International, one of the better-known groups, has around 82,000.

New ministries have popped up across the country, making it more challenging for consumers and regulators to sift the wheat from the chaff. Longstanding ministries say they know the regulations, ascribe to Christian commitments, and have a long history of serving their members. They fear that new groups are taking advantage of the model they built.

Katy Talento, the executive director for the Alliance of Health Care Sharing Ministries, told CT that Trinity—which has been sued in multiple states—is not a legitimate health care sharing ministry but a “sham front group” for the for-profit company Aliera.

The Alliance, a policy advocacy group formed to “protect and preserve” the rights of members, has distanced itself from Trinity and Aliera, who are, according to attorney Jay Angoff, “by far the clearest violators of the law.”

Angoff represents a Missouri class-action lawsuit against them. Similar lawsuits are underway in California, Washington, and Colorado.

Corlyn and Bruce Duncan are the lead plaintiffs in the California lawsuit. When Corlyn Duncan required spinal surgery in 2018, Aliera approved the surgery but paid only a fraction of the costs, leaving her with over $70,000 in unpaid bills, according to the Duncans’ attorneys.

The plaintiffs, along with regulators, argue that Trinity does not meet the state and federal definitions of a health care sharing ministry and thus is operating as an unauthorized insurer. In 2019, Congress removed the penalty for individuals who don’t have insurance; however, regulators often refer back to the ACA requirements when determining which groups are legitimate.

Health care sharing ministries must share a common set of religious or ethical beliefs and share medical expenses, even after a member develops a medical condition. But they don’t have to adhere to ACA minimum coverage requirements. Further, the rules state that they must have existed continuously since December 31, 1999.

Meanwhile, insurance regulators in six other states have taken other legal actions against Trinity and Aliera. Trinity and Aliera have filed motions to dismiss the lawsuits against them and appealed cease and desist orders in many states.

In recent weeks, the pair won small victories as two states agreed with some of their requests: New Hampshire courts halted insurance department proceedings against Trinity and Aliera as they sue the state for religious discrimination, and a Washington federal court granted their request to require plaintiffs to arbitrate their complaints within their organizations, pending any court proceedings.

Whether current rules adequately inform consumers is still in question. Talento said ministries meeting federal requirements received a letter of exemption that helps consumers tell true ministries from paper schemes. Trinity does not have one, however Trinity President Joe Guarino noted that the federal government stopped issuing them in 2016. Trinity began offering plans through Aliera in 2018.

“It means someone has looked under the hood,” Talento said. The Alliance coordinates between seven of the nine major open-membership ministries with letters of exemption, while only three of these seat board members. The Alliance has been rebuilding since last year, when at one point Christian Care Ministry (which runs Medi-Share) was the sole member, and “many ministries are in the process of joining,” Talento said.

The Alliance is also developing an accreditation body that would independently review each ministry and offer a “Good Housekeeping seal,” Talento said. For now, she said, the best “purity test” is the letter of exemption.

JoAnn Volk, a professor at Georgetown University whose team analyzed regulations governing health care sharing ministries, disagreed, saying that a letter of exemption is not a comment on the legitimacy of the program. The ACA exemption was written, she said, so that “if you like what you have, you can keep it.”

The growth of health care sharing ministries in recent years has prompted at least 30 states to write “safe harbor” laws that often echo the ACA definition. These laws exempt ministries from being regulated as insurance, which would require standards of solvency and legal obligation to pay claims. Some states have more stringent requirements for exemption, such as not using insurance brokers or suggesting a history of paying claims.

Regulators, said Volk, are concerned that consumers may not understand what they’re getting when joining a health care sharing ministry. “Too many people are out there looking for an affordable option. This is offered to them. They think it’s going to do more than it does,” said Volk.

Trinity and Aliera, according to Angoff, conveyed the impression that they are an insurance company by using insurance agents, issuing membership cards, and detailing what’s covered and not covered.

Guarino said it is no longer using insurance brokers and has revised its materials and practices in the past year to better inform members that Trinity is not an insurance company.

Yet many Christians who seek out health care sharing ministries know they’re not getting insurance. The different setup can be part of the appeal.

For Sarah Harms, a member of Samaritan, these stories of legal disputes involving other ministries underscore the need for prospective members to do their research.

“Not all ministries are created equal,” she stressed.

Samaritan, founded in 1994, reports a member retention rate of 85 to 90 percent. Harms recommends going by word of mouth from people who have had their needs met by a ministry and been through the process.

Still, Volk said that “it would be a mistake to conclude that if Aliera is taken out of rotation, everything else is fine.” The problem, Volk said, is that “health care sharing ministries don’t have to meet any consumer protections and are self-policing.”

Spurred by recent complaints, the National Council of Insurance Legislators considered a model law for state regulators to use, but it was withdrawn in August. The law would have required ministries to share information to operate within a state, including their letter of exemption, basic enrollment numbers, program guidelines, and contractors like insurance brokers. Volk said regulators would have been able to get a better handle on the number of operating ministries and members within their states.

In another vein, with the prodding of the Trump administration, the IRS proposed a rule in June that would allow contributions to health care sharing ministries to be tax deductible expenses, in the same category as insurance premiums. Twenty state attorneys general have objected to the rule, arguing that it will “increase consumer confusion and fraud in the healthcare marketplace.”

While health care sharing ministries seem willing to work with regulators, some are quick to point out that they are nonprofits and should be regulated as such, not by state insurance departments. Christopher Jin is president of United Health Share Ministries, established in 2018. “We welcome more regulation,” he said, “if regulators want to take this upon themselves.”

Liuan Huska is a writer living in the Chicago area. Her new book on chronic illness, Hurting Yet Whole, publishes in December with InterVarsity Press.