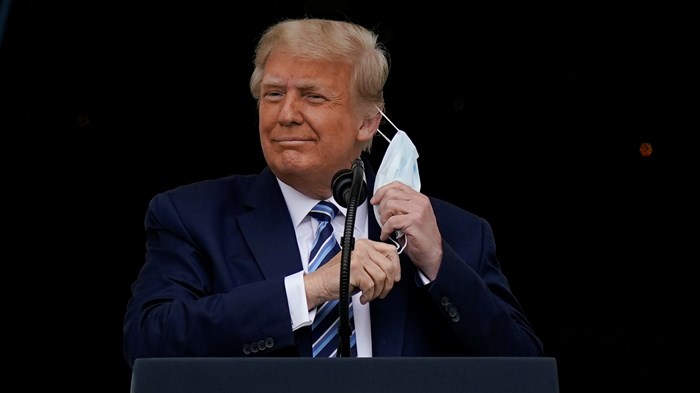 President Donald Trump has praised the treatments he received for the coronavirus, including an experimental COVID-19 drug cocktail, as “miracles coming down from God.” But in the week after his hospitalization, some questioned the president’s endorsement of the medication—which he says he wants to make more widely available for free—since it was tested using aborted fetal tissue and his administration promotes a pro-life platform.

This is an ethical dilemma that pro-life Christians have wrestled through long before the coronavirus. Given the role of old fetal cell lines in more than half a century of vaccine development—including options for a COVID-19 vaccine—many have been able to reconcile the use of fetal tissue from decades-old abortions while opposing the use of fetal tissue from new abortions for further testing.

That’s actually the current position of the Trump administration as well. Last year, the US Department of Health and Human Services (HHS) announced plans to discontinue research “that requires new acquisition of fetal tissue from elective abortions,” though it will still allow the use of abortive fetal tissue through older cell lines, of which there is plenty in supply.

Trump’s treatment included an antibody developed by Regeneron Pharmaceuticals, which used a fetal tissue cell line from an abortion in the 1970s to test the efficacy of the drug. Several COVID-19 vaccine candidates also use this cell line.

The Charlotte Lozier Institute, affiliated with the pro-life Susan B. Anthony List, deemed it an “ethical treatment” because of the composition of the drug. The institute has not advocated against the use of animal stem cells.

As far as the testing, “there are ethically derived cell lines that could be used instead,” said David Prentice, the institute’s vice president and research director. “It’s disappointing that they chose to do the tests with the old fetal cell line.”

But Lozier, like other religious groups that oppose abortion, sees a distinction between testing a treatment using the old cell lines and using abortions to obtain further fetal tissue for research.

Researchers sought fetal tissue from elective abortions dating back to the 1960s, creating cell lines that are still used today, after having been multiplied in a lab and frozen. Two of these older fetal cell lines are used mainly to manufacture vaccines, including those for rubella (in the MMR) and chickenpox. The other two are immortalized cell lines, meaning they will grow continuously. Some of these are used in current COVID-19 vaccine candidates.

The Lozier Institute tracks pharmaceutical companies’ use of these abortive cell lines in the development, production, and testing of COVID-19 vaccine options; some use them throughout the development process, and others only in testing.

Prentice felt that the same reasoning for the moral good of vaccines holds true for the Regeneron treatment the president received.

Though a growing number of individual Christians refuse vaccines on moral grounds, many institutions, such as the Southern Baptist Ethics & Religious Liberty Commission and the Catholic church, support immunizations while acknowledging their dismaying history. They make the case that the use of older fetal cell lines, while not ideal, is not creating additional harm. As the Catholic church concluded for vaccines: Beneficiaries of the drug are not culpable in the original sin of the abortion.

In a previous CT interview, Francis Collins, the director of the NIH and a committed Christian, suggested comparing it to an organ donation after a tragic shooting, saying that the giving of tissue would still be considered “a noble and honorable action” even though we acknowledge an evil was done.

An evangelical Protestant, Prentice weighs other ethical questions against arguments to refuse vaccines: “Is there a grave reason to use it (such as preventing death or serious illness)? If yes, is there any alternative?” If not, he says, people should feel free to ethically receive the vaccine or drug in question.

The Catholic church wrote that doctors and families may determine it necessary to use vaccines developed using the fetal cell lines to prevent illness and death. It suggested that they also have a duty to oppose the use of the fetal cells and pressure the medical industry to use alternative methods.

Prentice offers a similar support. “Future directions for use of fetal tissue from ongoing abortion will hopefully be to move swiftly to better, modern techniques that do not use fetal tissue from elective abortion,” he said.

While most pro-life groups remain unenthused about the use of the abortive tissue in the COVID-19 vaccine candidates, as with other vaccines, they have not suggested people to refuse treatments or immunizations that are developed with the cell lines.

Prentice, who joined the first fetal tissue ethics board formed by a presidential administration, said those who feel the use of abortive fetuses is morally repugnant “should also feel a duty to advocate for a licitly-produced alternative.” That board includes many others who have publicly expressed pro-life views.

Per the new direction of the HHS, the board met in July to review present-day research proposals requiring acquisition of fetal tissue. It recommended only one proposal out of 14, though final decisions lie with the HHS. The recommended proposal—approved by two-thirds of the board—planned to use existing tissue, and if successful, wouldn’t require its future use.

The criteria the board used included review of the procedures for informed consent, which were not satisfying to some members in a number of cases. Though there are National Institutes of Health procedures in place today, to some, lack of consent tainted the process of obtaining the original fetal cell lines.

Some also raised issue with an NIH call for research proposals that originally required scientists to use fetal tissue to compare their treatment with alternatives. “This was an unfortunate specification, as there is neither ethical nor scientific justification for a specific fetal tissue comparator,” said Prentice, suggesting there are other possibilities.

Kathleen Schmainda, a Catholic and a biophysicist at the Medical College of Wisconsin who also served on the ethics board, said that alternatives “are proven to be scientifically viable and often scientifically preferable.”

She pointed to the list of COVID-19 vaccine candidates in trials that do not use fetal tissue cells as evidence that scientists are preferring not to use them in some cases. For example, several Chinese vaccine candidates use vero monkey cells. The Moderna and Pfizer candidates use no cells in the design or production instead creating the vaccine with a genetic sequencing on computers, though they use fetal cell lines in lab testing.

One avenue for ethically obtaining fetal tissue could be the use of banks that maintain fetal tissue from miscarriages, said Schmainda. While some scientists will say they prefer abortive fetal tissue because it is healthier, Schmainda maintains that most miscarriages are due to pregnancy complications, not genetic abnormalities.

Board chair Paige Comstock Cunningham, who is also the interim president at Taylor University, could not be reached for comment. The ethics board is dissolved each year. If President Trump is reelected, a new ethics board will assess proposals in coming years.