The church Tim Keller founded is part of a hidden trend turning real estate into worship space.
Kathryn Watson|September 3, 2020 06:00 AM 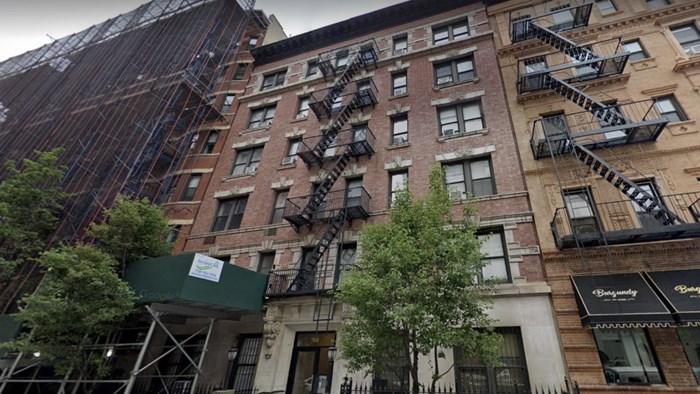 In New York City, you can find a church building that has been changed into a pizzeria. You can find a church remade as a bar. One Episcopal structure was turned into a cultural center, and then a rehab clinic, a dance club, a shopping center, and now a gym with a French bistro. You can find lots of churches converted into condos. High-end housing in former worship spaces has been the hot trend in New York for the past five or 10 years, with churches from Brooklyn to Greenwich Village to Harlem repurposed for upscale luxury living.

But Redeemer Presbyterian Church, founded by Tim Keller, is going in the other direction. The church announced it has bought a 45,000-square-foot condo building in the city and converting the former housing space into a church. The building cost $29.5 million, according to real estate news outlets, and will undergo a two-year renovation to become the new home of Redeemer’s Upper East Side congregation.

The purchase is “an important part of God’s long-term vision for our church,” said James Herring, elder and chair of a Redeemer building committee, in an announcement video posted August 14. Plans for the new building are still being developed, but Herring hopes to see a sanctuary seating 600, a fellowship hall seating 300, and space for “all the things we have only dreamed about having space for in the past.”

The church has been looking for new property since 2016 and considered more than 500 properties in four years. The committee pursued 22 properties and made offers on five, according to Herring.

The location they settled on, 150 East 91st St., is only 16 blocks from Redeemer’s current Upper East Side meeting place, the Temple Israel at 112 East 75th St. Church leaders like that the new site is nestled into the neighborhood that the East Side congregation is committed to serving.

They also hope it will open up new partnership opportunities with neighboring cultural institutions—such as the the 92nd Street Y and the Guggenheim Museum—as well as nonprofits such as City to City, a church-planting ministry that grew out of Redeemer and is currently led by Keller.

Purchasing the property was the next step in a long-term plan the church has been working on since 2006, according to Cregan Cooke, senior director of communications and media for Redeemer and a long-time Upper East Side parishioner. On the other side of Central Park, Redeemer’s Upper West Side congregation purchased and converted a parking garage into a space that’s used for ministry, events, and a public art gallery. The goal is to have a similar facility that serves the community on the East Side.

“We never wanted to be a megachurch, but a movement of multiple churches for the good of the city,” Cooke said. “We want to be rooted in the neighborhood, for the neighborhood.”

Now that the building has been purchased, the church will start collecting information from the Upper East Side residents who live close to the property to identify their needs.

It’s a bold and expensive move for the church, but also part of a less noted trend, according to Taylor Hartson at Calvin University’s Calvin Center for Social Research. Hartson has been looking at developments in sacred real estate with sociology professor Roman Williams, also at Calvin, for a visual sociology project called “Converted Structures.”

In a study of 22 US cites—including Grand Rapids, Detroit, Minneapolis, San Francisco, and Seattle—Hartson and Williams looked at mailing list data to identify addresses that were labeled as churches in 2003 but not in 2018. They identified approximately 200 church buildings that had been flipped for commercial or residential use.

In the same cities, in the same 15 years, they found about 2,000 commercial spaces that had been turned into houses of worship. While there are many sacred spaces becoming secular, it seems more are converting the other way.

“Based on the data that we’ve been working with, we’ve seen this trend toward taking more commercial spaces and transforming them into sacred spaces for worship,” Hartman said.

The change doesn’t seem to be driven by theology or a shift in how churches are thinking of their buildings, but practical financial concerns combined with changing technological needs. According to Hartson, “congregations may feel like they are being better stewards,” when they convert commercial buildings into churches.

Renovating an existing structure to meet modern building codes can prove more affordable than the long-term costs of maintaining a more traditional church building. In the age of Bluetooth speakers, a building created to maximize acoustics isn’t so important, and high ceilings equal big electricity bills.

Commercial buildings are also more flexible for many congregations, accommodating different kinds of ministry to serve a community and also adjusting to the needs of growing or shrinking congregations. Many commercial spaces can be easily expanded or contracted without feeling crowded or looking empty. Traditional sanctuaries don’t have this functionality.

New religious design trends are also making nontraditional buildings more appealing to those who might have resisted them in the past. While adaptable, multi-use buildings may not have instantly recognizable religious features, such as a soaring bell tower or a white steeple, that doesn’t mean they can’t move people to worship. High ceilings, muted colors, and quiet, recessed lighting can be used by skilled architects to draw hearts to attention in the same ways that classical cathedral architecture always has.

Redeemer’s purchase is larger and more splashy than a lot of churches buying real estate, but it did not strike Hartson as notably different. The trend isn’t limited to places like New York, where property is extraordinarily expensive, either. According to Hartson, rural and suburban congregations can just as easily end up feeling the financial crunch of paying to maintain a building. Many congregations are looking for more ways to use their space and they think about how different structures create different kinds of ministry opportunities.

This certainly motivated the move at Redeemer, Herring told the Upper East Side church.

“Most importantly, this is space that for the first time in our history, we would have available 24/7 for our congregation and its ministries,” he said. “This will provide regular access to space for our families, meetings, cultural events, community ministry opportunities, and all of the things we have only dreamed of having the space for in the past.”

For real estate developers, turning a church into condos is an investment opportunity. For a congregation, turning condos into a church is a sign of hope in the never-ending ability of the church to innovate, adapt, and proclaim the gospel in new ways.

Redeemer hopes to be in its new building in 2023.