Christians joined disability advocates and UN experts to oppose amendment, but failed to stop it.
Meagan Gillmore|April 20, 2021 06:00 AM 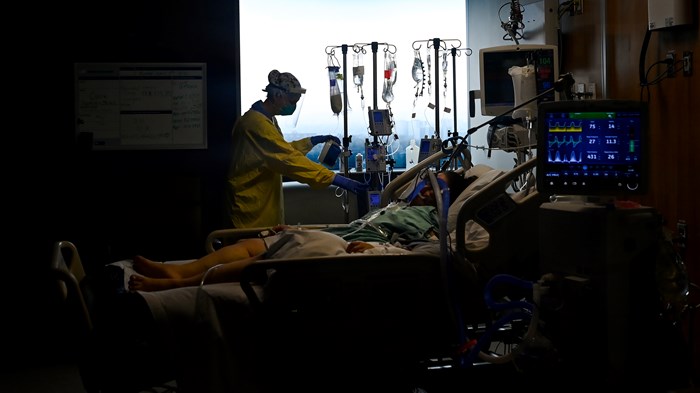 Canadian evangelicals are decrying a new law that expands access to physician-assisted suicide to people who are sick or disabled but aren’t dying.

“Many of us are quite heartbroken over this,” said Derek Ross, the executive director of Christian Legal Fellowship. “We’re now dealing with a legal system that is making more and more exceptions to the once exception-less principle that you cannot consent to the harm of having your life ended by another person and that all lives are inherently and equally full of worth and value of dignity.”

Physician-assisted suicide—known popularly as “Medical Assistance in Dying” or MAID—has been legal in Canada since 2016. The law was limited to people who were experiencing what the Criminal Code called a “grievous and irremediable medical condition”: an illness, disease, or disability that causes enduring physical or psychological pain that cannot be relieved in any way the patient accepts. To be eligible, the patient also had to be dying.

But in March, the government passed an amendment to the Criminal Code, Bill C-7, that removed the criteria that someone must be dying to receive MAID. Canada now allows people who have an illness or disability to have a physician-assisted suicide, even if their death is not imminent. People who are dying no longer have to wait 10 days. Canada also plans to allow MAID for people whose only medical condition is a mental illness.

“The law is now presenting death as a medical response to suffering in a wide range of cases—not just when somebody is already dying, but at potentially any stage of their adult life,” Ross said. “Instead of prioritizing supports to help people to live meaningful lives, we’ve prioritized ways to make death more accessible. This is a heartbreaking message.”

Evangelicals joined Canadians from many religious traditions in protesting the expansion of physician-assisted suicide. In October 2020, shortly after the bill was introduced, more than 150 religious leaders signed a public letter detailing their opposition, with Baptists, Wesleyans, and Pentecostals joining their names with Catholic, Eastern Orthodox, Mormon, Jewish, and Muslim leaders.

The most public opposition came from disability organizations. Evangelicals threw their support to those activists, backing their arguments and attempting to raise their visibility.

“We were very intentional about that,” said David Guretzki, executive vice president and resident theologian at the Evangelical Fellowship of Canada (EFC), an organization that represents evangelicals across the country. “The public has a reticence to talk about religion, or they’re nervous when religious groups speak up. We thought it was better on this issue in particular for us to allow the voices of disability advocacy groups to speak and for us to come alongside and support them.”

The EFC, for example, joined Inclusion Canada, the Council of Canadians with Disabilities, the Disabled Women’s Network of Canada, the Canadian Institute for Inclusion and Citizenship, and 120 other organizations supporting disability rights in an open letter to the members of Parliament. The letter endorsed the concerns of United Nations’ human rights experts who wrote that the proposed amendment would violate the Canadian commitment to the Convention on the Rights of Persons with Disabilities.

“From a disability rights perspective,” the UN experts wrote, “there is a grave concern that if assisted dying is made available to all persons with a health condition or impairment, regardless of whether they are close to death, a social assumption might follow (or be subtly reinforced) that is better to be dead than to live with a disability.” the letter says.

A poll commissioned by the faith-based think tank Cardus showed that about a third of the country enthusiastically supports physician-assisted suicide as a basic human right. Nineteen percent oppose. Forty-eight percent are cautiously supportive, but express concern about potential negative impact on vulnerable Canadians. Despite that, and despite the concerted political effort, Bill C-7 passed the House of Commons last month by a vote of 180–149.

Evangelicals aren’t surprised by the result. “Most Christians have come to grips with the fact that we are actually in a pluralistic society in which many of the points of view that they hold are minority perspectives and not majority perspectives,” said Ray Pennings, executive vice president of Cardus.

The next political battle, activists say, will be protecting the rights of doctors and other medical professionals who believe it goes against their religious convictions to participate.

The federal law clearly states that no one should be forced to perform a suicide, but Christian doctors may still be required by their regulatory and licensing colleges to either participate or give a referral, depending on their province or territory they live in, according to Larry Worthen, the executive director of the Christian Medical and Dental Association of Canada.

“Doctors are living in fear of having a complaint against them and being disciplined,” Worthen said. “Doctors are already stressed out because of COVID-19 and concern about their patients and overwork, and you add on top of that fear that the next patient who comes in is going to ask for MAID and report them, and the burden just becomes too great.”

In Ontario, the country’s most-populous province, the courts have said doctors are required to refer patients to medical procedures like physician-assisted suicide or abortion, even if making the referrals violates the doctor’s conscience or goes against their religious beliefs.

According to the EFC, it’s hard to remain optimistic about coming political battles, as the influence of Christian ideas about the value of life decline. About half of Canada identifies as non-religious today, up 30 points in the past 20 years. Only about 20 percent of Canadians attended church at least once a month. But Guretzki said he thinks the situation provides a great opportunity for churches.

“Now that we’ve been pushed out of the center again, much more to the margins, I think we’re actually closer to what the New Testament church was facing,” Guretzki said. “I think we have a chance to learn some new lessons about what it’s like to be a Christian witness when you can’t rely on political or cultural influence to get your message across.”

For church leaders, this means encouraging Christians to love people well and faithfully testify to God’s grace across political differences while still standing up for the vulnerable.

“Our political leaders are not the enemy,” said Steven Jones, president of the Fellowship of Evangelical Baptist Churches in Canada, a denomination with 500 congregations across the country. “For us, they’re the mission field. We love them in the name of Jesus. We need to speak up and let them know there are Canadians that have a different viewpoint.”

Jones said he’s seen more Christians engaging in Canadian politics in recent years, possibly because of a greater sense of marginalization. While some of the energy is focused on religious liberty, and protecting the rights of Christians in society, he said, there needs to be increased concern about marginal social groups who are told their lives are not particularly valuable, Jones said, such as people with disabilities and the elderly.

“We need to be out in the community intentionally coming along and loving people who are marginalized and need the care and love of Jesus,” he said.

Experienced advocates are reminding themselves to stay patient and remain faithful in the face of loses. Victoria Veenstra, justice communications coordinator of the Christian Reformed Church in Canada, said that she views advocacy as a spiritual discipline.

“When we pin all of our hopes on one specific policy, or we expect a policy to change rapidly, we get really burnt out and discouraged,” she said. “We want to see justice now. But if we can keep training ourselves to keep moving towards justice in the long-term, faithfully, steadily, Christ is there with us.”

Veenstra said it’s also important to remember that changing the law is not the only way faithful followers of Jesus can speak up for the value of life.

“This sucks,” she said, “but as Christians, we can still come around people and make MAID a less desirable option.”