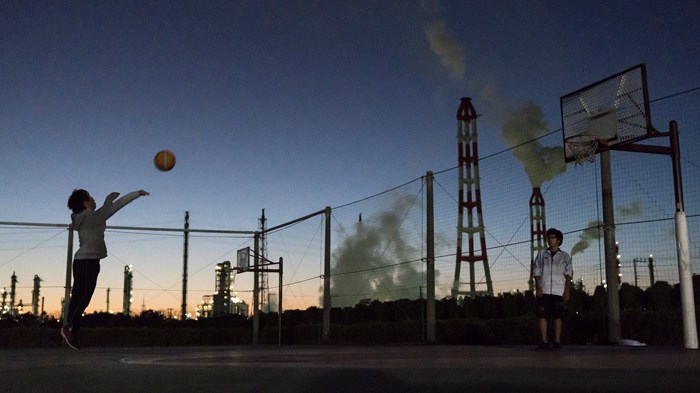 Christians in Asia, Europe, and North America will gather monthly from spring to fall to offer intercessory prayers ahead of the United Nations climate change conference scheduled for Glasgow, Scotland, in November.

“A group of us are feeling called into a type of prayer commensurate to the urgency of the climate crisis,” Bliss said, “to appeal to the Creator, Sustainer, and Redeemer of all creation that God might intervene in this hour of great threat and profound injustice.”

Bliss is hoping thousands—evangelicals and charismatics as well as mainline Protestant and Catholics—will come together in intercessory prayer, “praying authentically while stepping outside our comfort zone … in a united appeal to God, ‘Lord, have mercy.’”

The Glasgow conference, known as COP26, will hear reports from the 190 nations that signed the Paris Agreement to reduce the carbon emissions that scientific consensus says are causing global climate change. The Paris Agreement, signed in 2015, included a “ratchet mechanism,” with nations agreeing to accelerate the reduction of carbon emissions every five years. The fifth-year meeting was delayed by COVID-19.

The meeting is considered crucial because some scientists say that the window to make a change to avoid the worst global impacts of climate change—rising sea levels, deadly heat waves, and increased natural disasters—is rapidly closing.

NASA’s measurements of the earth’s baseline temperature show rapid warming in the last few decades, as do the measurements of the National Oceanic and Atmospheric Administration (which runs the National Weather Service), and the Met Office Hadley Centre’s Climate Research Unit in the UK. According to NASA, 2003–2020 were the warmest years since people started tracking global temperatures in the 1880s, and “climate-warming trends over the past century are extremely likely due to human activities.”

Bliss, author of Environmental Missions: Planting Churches and Trees, said he is praying that God “grant that the nations may cut their carbon emissions by half by 2030 and achieve net zero by 2050.” He and the group are also praying that God would “be moving in each government of the world so that the revised emission-reduction targets that they bring to Glasgow finally match up to the Paris temperature targets.”

Twenty-eight percent of white evangelicals in the United States share Bliss’s concern, according to the most recent Pew Research poll on religious views of climate change. About 37 percent, on the other hand, say that there is no solid evidence of climate change. Another third say that climate change is happening but think it’s part of natural cycles and not impacted by human behavior.

While the issue has divided American evangelicals, that’s not true internationally, said Chris Elisara, executive director of the World Evangelical Alliance’s Creation Care Task Force. European evangelicals “are, for the most part, not skeptical,” he said, but “striving to have a Christian response to climate change that involves both mitigating against the changes and adapting to the changes as best they can.”

In other parts of the world, moreover, evangelicals see the direct impact of floods, droughts, and the extreme weather that indicate a climate crisis, according to Elisara.

“North Americans can have a debate on the matter because they’re not feeling the effects yet,” he said. “But in the Philippines? It’s not a debate. It’s their daily experience.”

It was the daily experience with pollution in India that convinced Bliss of the importance of caring for the environment. He went to the country as a missionary in 1993 and stayed until 2007.

“Over my years in the field, I was told that missionaries should feed souls and bodies. But what about the ecosystems in which those souls and bodies live and die?” Bliss said. “My best Indian friend in Varanasi was a Brahmin man named Munnu-ji. He died of cerebral malaria, which means that one infected mosquito, feeding on the fetid, polluted waters of the Gangetic plain, bit him.”

In 2009, Bliss started Eden’s Vigil, a nonprofit dedicated to training missionaries to integrate environmental concerns with the Great Commission to make disciples of all nations. He has partnered with the Lausanne Movement and the World Evangelical Association to create resources and encourage climate advocacy. And now he’s forging a partnership with six international organizations for an intercessory prayer campaign.

“It’s not a new organization, but a network of believers gathering to help each other pray,” Bliss said in an email to CT. “For COP26, we are trying to mobilize God's mighty right arm (Ps. 118:16) and Scripture is replete with stories of single individuals or small groups who did just that.”

According to New York City pastor John Starke, author of The Possibility of Prayer, the act of intercessory prayer asks God to intervene in our lives and transform the world. The practice goes back to the Levite tradition of Old Testament priests who acted as mediators for God’s grace.

“The New Testament calls us ‘priests,’” Starke said, citing 1 Peter 2:5, “and we participate in Christ’s ministry of ‘interceding for us’ when we intercede for others. We have a voice in the presence of God. We are called to intercede.”

Intercessory prayer doesn’t preclude getting involved and trying to help in other ways, but for many Christians, it is the critical starting place for activism—crying out to God on behalf of a broken world.

“Historically when Christians have been confronted with an event like COP26, we turn that desperation into intercessory prayer,” Bliss said. “John Knox”—who brought the Reformation to Scotland in the 1500s—“reportedly once pleaded with God, ‘Give me Scotland, or I die.’” We kind of feel the same way about Glasgow in November 2021.”

Bliss and the Climate Intercessors are not the only ones who are praying this way about the climate either. Activist Peter Fargo recently launched the “Million Prayer Mission,” encouraging Christians from different traditions to join in weekly vigils for the environment.

Just starting in 2021, the group has connected with evangelical and mainline churches in California, New York, and Virginia, as well as a variety of independent Christian musicians, and missionaries with Pioneer Bible Translators who are raising funds to produce Scripture for a church plant in North Africa. They gather for weekly prayer online.

“A Christian response to our climate crisis begins and ends with prayer,” Fargo said. “We turn to God to help us through the impossible because we know ‘nothing will be impossible with God.’”

The next prayer meeting is scheduled for April 27.