Does Scripture warn about Big Pharma? Endorse mask-wearing? Christians Googled for answers in 2021.
Kate Shellnutt|December 2, 2021 09:34 AM 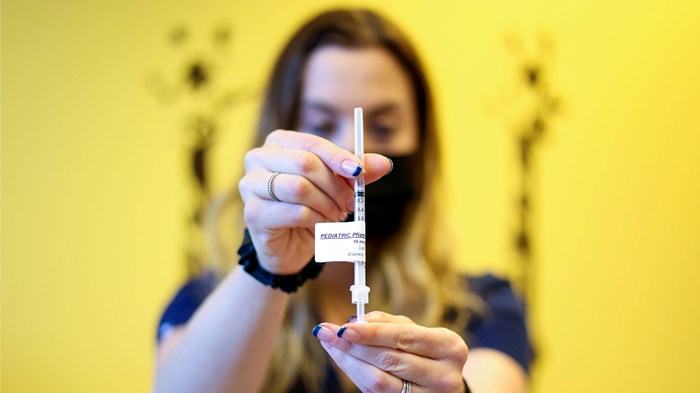 As the pandemic first hit in 2020, Christians sought out Scripture about fear, comfort, and healing. A year later, their Bible searching habits reflect ongoing clashes around COVID-19 responses.

The fastest-growing search term on Bible Gateway in the past year was “sorcery,” which drew 193 percent more queries than in 2020. The boost was inspired not by the recent rise in witchcraft but by arguments against the COVID-19 vaccine.

“The increase in sorceries is related to heightened interest in the Greek word pharmakeia, which, according to the Mounce Concise Greek-English Dictionary of the New Testament means ‘employment of drugs for any purpose; sorcery, magic, enchantment,’” wrote Jonathan Peterson, content manager for Bible Gateway. Analysis of Bible Gateway’s annual trends came from Stephen Smith, senior director of digital projects on the site and the Bible tech guru behind OpenBible.info.

Some Christians have brought up the term when claiming that Scripture prophetically warns against the vaccine and vaccine mandates, since it shares a root with the word pharmaceuticals.

Pharmakeia is used in Galatians 5:20, Peterson noted, where it is listed among the “acts of the flesh” that Paul advises against. In the vaccine debates, Christians are more likely to point out its use in Revelation 18:23, where it’s translated as “magic spell” in a declaration made against Babylon: “Your merchants were the world’s important people. By your magic spell all the nations were led astray.”

The pharmakeia argument tends to come up in among certain Christians with a focus on end times prophecy, often alongside suggestions that the vaccine represents the mark of the beast from Revelation.

In a USA Today article last summer, a Christian woman in the Hebrew Roots movement cited pharmakeia in Revelation 18:23 as her reason for requesting a religious exemption from the vaccination requirements at the Kentucky hospital where she works.

Danny Gokey, the Christian singer and American Idol star, called it out in a tweet this week, saying, “Revelations also emphasizes how the whole world will be deceived by Pharmakeia. Source: revelation 13:17 and 18:23.”

Before the pandemic, some charismatic leaders would reference “the spirit of pharmakeia” to warn of the spiritual dangers of drug use. Others have suggested that Paul used the term to reference and decry the method for ancient abortions, which were induced through medicinal potions.

The term has been brought into the discussion of “Big Pharma” profiting off the COVID-19 vaccination since the Revelation passage references the importance of “merchants” in Babylon.

Australian pastor Steve Cioccolanti, the author of multiple books about numerology and Donald Trump, recently tweeted, “Is it any wonder Revelation warns us about ‘pharmakeia’ drugs or sorcery? This is a drug mafia replacing Jehovah Rapha.”

This is not a mainstream biblical interpretation of Revelation’s warning against the “mark of the beast,” and it’s not how Christians who focus on the end times have traditionally understood the phrase. New Testament scholar and charismatic Christian Craig Keener shot down arguments that the COVID-19 vaccine could represent the mark of the beast, noting the medical treatment is not accompanied by demands to renounce Jesus or worship a false god.

The individual verse that saw the biggest increase in traffic in 2021 also got a major boost from pandemic debates. Leviticus 13:45-46, which references infected people covering their faces, was 626 percent more popular on the Bible Gateway site than the year before.

“Anyone with such a defiling disease must wear torn clothes, let their hair be unkempt, cover the lower part of their face and cry out, ‘Unclean! Unclean!’” it reads. “As long as they have the disease they remain unclean. They must live alone; they must live outside the camp.”

This verse has been employed by Christians or people addressing Christians who want to encourage wearing masks and other public health precautions. An epidemiologist with the Federation of American Scientists shared the passage as an example of “masking and quarantining in the Bible.”

Rhoda Klein Miller, a pastor at Oakridge Adventist Church in Vancouver, reflected on how this passage represents some of the earliest documented community health measures and “God-given directives for disease prevention.”

“Though it took thousands of years for medical science to explain and confirm these practices, we shouldn’t be surprised that the Designer of these bodies knew how to best protect and care for them,” she wrote.

Smith at Bible Gateway found that the verse that saw the second-biggest bump in traffic was a line about Satan in Luke 10:18, which trended when rapper Lil Nas X released his “Satan shoes” in March. In the verse, Jesus says, “I saw Satan fall like lightning from heaven.” It was up 518 percent in the past year.

Bible Gateway saw around 3 million searches a day in 2021, while the popular YouVersion Bible app reached half a billion total installs last month. Most Scripture reading was not focused on COVID-19, with the most popular verse of the year being John 3:16 on Bible Gateway and Matthew 6:33 on YouVersion.

YouVersion announced named Matthew 6:33—“But seek first his kingdom and his righteousness, and all these things will be given to you as well”— as its verse of the year in an announcement yesterday. The passage was shared, bookmarked, and highlighted more than any other on the platform in 2021.

In several countries—Argentina, Ecuador, France, Guatemala, Italy, Mexico, Peru, and Spain—the most popular verse was Isaiah 41:10, which was the top verse overall last year. It reads, “So do not fear, for I am with you; do not be dismayed, for I am your God. I will strengthen you and help you; I will uphold you with my righteous right hand.”

The biggest gain in international Bible readers came from southeastern Europe, where engagement grew in Bosnia and Herzegovina, Croatia, Serbia, and Macedonia. Engagement doubled in Pakistan.

“We’re encouraged to see high levels of Bible engagement again this year because it means people are turning to God and the Bible for answers to their questions,” said YouVersion Founder Bobby Gruenewald in a press release.