Economic reforms in the UAE tilt toward secularism and shift Christian services from Friday, the Muslim day of prayer.
Jayson Casper|December 14, 2021 10:20 AM 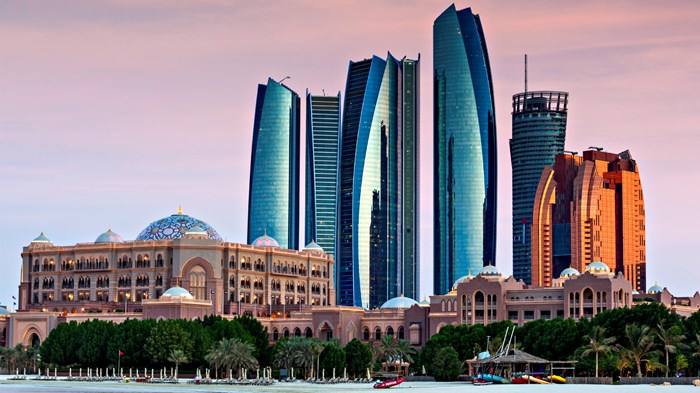 “The business of Dubai is business, even though they are committed Muslims,” said Jim Burgess, evangelical representative to the Gulf Churches Fellowship, referencing the UAE’s economic hub. “But worshiping on Sunday—our traditional day to celebrate the resurrection of Jesus—will be a great blessing.”

Seeking better alignment with international markets, the Emirates is adopting a Monday to Friday workweek. The weekend had previously begun with Friday, in deference to Muslim communal prayers. Christians aligned their corporate worship accordingly.

“It is a bit strange to worship on a Friday, but you get used to it,” said Hrayr Jebejian, general secretary of the Bible Society of the Gulf, who lives in Kuwait. “The [UAE’s] reasons are purely financial, but for Christians it will be like going back to normal.”

Of the UAE’s 10 million people, 88 percent are migrant workers. The Pew Research Center estimates 13 percent are Christians, coming largely from India, Indonesia, and the Philippines, in addition to Western expats.

It is necessary to keep and attract good talent.

Alongside officially secular Lebanon and Turkey, the UAE is now the third Middle Eastern nation to keep the Western calendar. But it comes with a tweak. All public sector employees will be dismissed at midday Friday, as the Emirates becomes the only nation in the world with a four-and-a-half-day workweek.

While the innovation puts the UAE in the forefront of the longer-weekend labor debate, it also facilitates Muslim Friday prayers—though not yet for the private sector. Both Burgess and Jebejian were surprised by the workweek decision and wondered how local conservatives would respond.

The grand mufti of neighboring Oman indirectly criticized the change. And Kuwait, the most democratic of Gulf nations, indicated no intention to imitate.

While Friday afternoons off may be an effort to forestall criticism, other moves in the past year clearly show the Emirates trending toward secularism.

“If I want to pray in my house five times a day, 50 times a day, or zero times a day, that’s my business, not the business of the state,” stated Youssef Otaiba, UAE ambassador to the United States, last April. “I certainly believe in the separation of religion and state … my government believes that, [and] that is the way to the future.”

That future includes a geopolitical dimension, as this week Prime Minister Naftali Bennett became the first Israeli head of state to visit the UAE. In the 16 months since signing the Abraham Accords, investment between the two nations has reached $1 billion.

Jewish tourists have made Dubai a favored holiday destination, the Emirates has appointed a senior rabbi in residence, and in 2022 the capital Abu Dhabi will open the nation’s first synagogue, within a multifaith complex.

And last month, the UAE announced the creation of a court for non-Muslims, introducing civil marriage and allowing family status issues to be adjudicated outside of sharia law. Divorce, child custody, and inheritance issues can now also be argued in the English language, alongside Arabic.

But a year ago, more controversial changes in the law applied to Emiratis as well as expats. The UAE scrapped penalties for consuming alcohol and the cohabitation of unmarried couples.

Society is opening up, said Jebejian. Compared to a similar loss of values in Western nations, taken together there is nothing to lament.

Burgess, also senior pastor of Fellowship Church in Dubai, evaluated the decision as a licensed minister.

On average, every month a handful of individuals from outside his church have approached him for marriage. Usually coinciding with cycles of government enforcement of the law, pregnant couples would also seek matrimony to shield themselves from jail. Redirecting their focus, it was a chance to present the gospel and offer biblical counseling.

“Empty marriages are as hurtful as cohabitation,” he said. “Decriminalization, though regrettable, will help solve many problems.”

Still, complications have ensued as the law adjusts. Released from prison, unwed mothers still have difficulty officially documenting their children.

But overall, the changes are meant to put the foreign workforce at ease. Other reforms extend residency for three months after job termination, allowing expats time to find new employment without immediate risk of deportation. The UAE is also offering residency for retirees and freelancers.

His tongue-in-cheek remark masks an emphasis on ministry. The Bible society distributes Christian literature in 17 cities in the Gulf. And the UAE, Oman, and Bahrain maintain hospitals still run by missionary organizations. Foreign Christian workers arrived to serve society long before the oil boom; today, Gulf royals continue to honor that debt.

And last week, Bahrain consecrated the peninsula’s largest cathedral. The Mary, Queen of Arabia church will seat 2,300 worshipers and serve as the headquarters for all Catholic ministry in the Gulf.

“It is a sign of respect for the Christian presence,” said Jebejian. “The degree of freedom in every country is different, but such a step will gradually influence the others.”

The UAE, ranked No. 48 on Open Doors’ 2020 list of the 50 nations where it is hardest to be a Christian, continues to criminalize blasphemy and the propagation of any faith other than Islam. But in 2021, it dropped off the watchlist.

Burgess, now 70 years old, will transition this spring to work with Arabian World Partnership—a nongovernmental organization his church founded to attract evangelical service to the Gulf. Unlike much analysis that centers the steps toward greater religious coexistence on public imaging and financial concerns, he attributes the changes to a young Muslim generation seeking its place in the world.

Their greatest fear is Islamic extremism—and to be lumped in with it.

“They are embracing tolerance, and we should embrace them right back,” said Burgess. “Maybe one day they will see the value of freedom of religion—for everyone.”