As official demands assent that “the law of the Republic is superior to the law of God,” French evangelicals warn attempts to end Islamist terrorism will also harm freedom of religion.
Jayson Casper|February 9, 2021 02:30 PM
Français 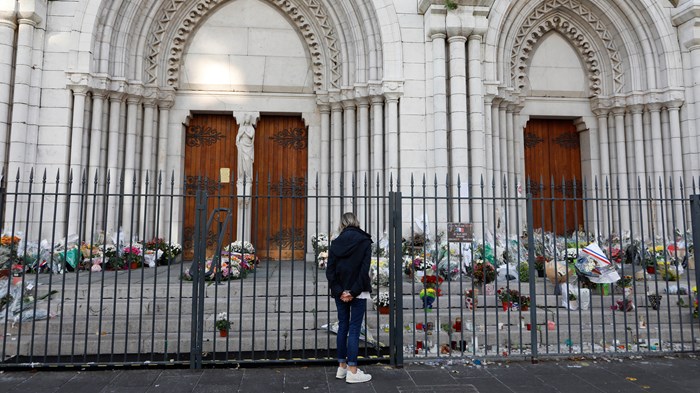 Frustrated by years of terrorism inflicted by radical Islamists, France’s parliament is debating a law to end Muslim separatism.

“This is the first time, as president of the Protestant Federation of France, that I find myself in the position of defending freedom of worship,” said François Clavairoly.

“I never imagined that in my own country something like this could happen.”

Officially named “the Law to Uphold Republican Principles,” the 459-page bill has been the subject of fierce debate this month, receiving over 1,700 proposed amendments.

The aim, interior minister Gerald Darmanin told parliament, is to stop “an Islamist hostile takeover targeting Muslims” that “like gangrene [is] infecting our national unity.” With Muslims often crowded into the many impoverished banlieues of France’s major cities, officials fear imported extremist ideologies are leading the religious minority to avoid national integration.

In 2018, the European Union’s anti-terrorism chief estimated a total of 17,000 radicalized Muslims in France.

Among the key provisions of the bill are greater monitoring of religious associations. Many mosques have ties to the Muslim world, with imams raised and educated in nations without a heritage of human rights and religious freedom. According to the French Institute for Demographic Studies, nearly 82 percent of Muslim citizens hail from the North African nations of Algeria, Morocco, and Tunisia, where France once ruled as a colonial power. An additional 8 percent come from Turkey.

The bill will prevent non-French citizens from taking control of an association, which will be required to sign a “contract of Republican commitment” ensuring its members honor French values. Foreign funding over $12,000 must be reported to the authorities.

Furthermore, it criminalizes polygamy, forced marriage, and the issuance of “virginity certificates” that Muslims sometimes require of a prospective bride.

The bill seeks to combat the separatist impulse that results in a “counter society,” according to President Emmanuel Macron, who promised such a new law last October. To do so, children starting at age 3 must be educated in the official school system.

And to prevent copycat attacks after the beheading of a school teacher who had discussed the offensive Muhammad cartoons that same month, the “Samuel Paty law” will make it a hate crime to share personal details online.

France already has laws that penalize religious associations for extremist activity. Since 2018, 159 institutions have been closed down, including 13 mosques. And the display of religious markers—such as hijabs and crosses—are illegal in public institutions.

But even prior to this bill, France was expanding the scope of legal monitoring. Last month, a new law allowed authorities to collect information about the religious and political opinions of individuals suspected as a threat to national security. Beforehand, only their activities could be monitored.

“In France, we’ve never before known this strong a push for control,” said Franck Meyer, president of the Evangelical Protestant Committee for Human Dignity (EPCDH).

“It is worrisome for all who defend human rights.”

The measures risk violating France’s founding 1789 Declaration of the Rights of Man, which is given equal weight with the French constitution. But the new bill aims to amend two other historical documents that defined France’s laïcité, establishing its approach to religion especially in its fight against a dominant Catholic church.

In fact, it was Protestants who championed that cause.

Sometimes translated as secularism, laïcité more closely correlates with the American notion of “separation of church and state.”

In 1901, France passed a law to regulate associations, which may be religious.

In 1905, another law governed associations dedicated to religious worship—i.e., churches—providing them with tax exemptions.

(A 1907 law regulated the Catholic church specifically, tasking the state with the upkeep of its historic buildings, and requiring formal state approval of its bishops. This law is not under review in the current bill.)

Together, these statutes established laïcité: the neutrality of the state, the freedom of religious expression, and the relation of registration with the government.

Among its promoters was Francis de Pressensé, a leader of the League of Human Rights and the son of a prominent evangelical pastor.

But today, the National Council of Evangelicals in France (CNEF) is sounding the alarm.

“It’s definitely a serious situation,” said Clément Diedrichs, general director of CNEF. “Laïcité should protect the free organization of religious groups, but this law will allow the prevention of religious expression in society.”

Diedrichs has consulted with Muslims, Jews, Buddhists, and other Christian representatives through the Conference of Religious Leaders in France.

“We have a unanimous position that recognizes the potential risks this law represents for religious liberty,” he said. “No one is content with this law.”

Except, perhaps, the secular voting public. About a third of French citizens consider themselves nonbelievers or atheists.

“The vast majority of French people see the proposed law as no big deal,” said Cheryl Cloyd, an American missionary residing in France for 26 years. “Or even that it is a good, because they want the terrorists to be dealt with.”

As a result, lawmakers are hesitant, said Diedrichs.

“Some who would perhaps agree with us are opting for the security of the country,” he said. “Especially in electoral terms, this choice pays better dividends.”

The Free Will Baptists of France highlighted five aspects of the proposed bill:

“Can we speak in France today of zombie laïcité?” asked Jean-Raymond Stauffacher, president of the Union of Evangelical Reformed Churches.

“Everyone agrees to kill radical Islam in the bud, but this law, as it is formulated, is disconnected from its avowed aim.”

Frédéric Baudin, author and pastor of the Evangelical Free Church of Aix-en-Provence, highlighted other concerns. Funding restrictions may make it difficult for some smaller churches to construct their buildings. And nearly all church treasurers are volunteers. Increased reporting will strain them further.

He wondered if the new law would push some to avoid founding an official association, and do things illegally instead.

Baudin said that some in France are “laïcistes” (adding the equivalent of the -ist suffix to the French equivalent of secular, giving it a negative connotation).

“There is an excessive laïcité that takes an anti-religious form,” he said. “True laïcité, on the contrary, is to guarantee diversity of opinion.

“It is a positive neutrality.”

French evangelicals—who overwhelmingly fund their own churches, abide by the law, and practice charity at twice the rate of the average French citizen—say they are not just being paranoid. As officials have discussed the bill’s provisions, they have recently singled out Protestant believers.

“Evangelicals are a very important problem,” said Darmanin, the interior minister, last week. “Obviously not [a problem] of the same nature than the Islamism that makes terrorist attacks and deaths.”

But in another interview, he lumped them together.

“We cannot discuss with people who refuse to write on paper,” he said, “that the law of the Republic is superior to the law of God.”

“France will win nothing in its fight against Islamic separatism by equating Christianity and Islamism,” said Romain Choisnet, CNEF communication director.

“The first has shaped this nation that the Republic has inherited. The second wants to replace it.”

The interior ministry has since walked back Darmanin’s comments. In a Zoom call with more than 1,500 participants, Diedrichs explained the position of CNEF and related the government official’s promise that “this bad experience will not happen again.”

He also conveyed the government’s reaffirmation of Darmanin’s comments last year—on the occasion of CNEF’s 10-year anniversary—in which the interior minister noted that “being a believer often allows a person to be a good citizen.”

This sort of access is relatively new for evangelicals, made possible by a decade of patient engagement.

But Josias Sarda, an elder in the Protestant Evangelical Church of Pau, in southwestern France, explained that the bill still misses its target completely. According to CNEF, 90 percent of the 2,500 evangelical churches are registered according to the 1905 law that is now subject to amendment.

Muslims, meanwhile, are almost entirely registered according to the 1901 law, including the FCFM established in 2003.

The disconnect is so severe, Sarda wonders if it comes from a spiritual attack. Evangelicals have been growing rapidly in France, and now number 1 million. The nation’s Muslim population, meanwhile, is estimated between 3.3 million and 5 million.

He has proposed creating a new French term: évangéliquophobie.

But radical Islam is a severe threat to France, said Meyer, the EPCDH president, who is also mayor of a small village in Normandy.

He fears the bill may hinder him from taking a Christian stand even in his private capacity—on same-sex marriage, for example.

But while some parts of the bill are justified, Meyer said, from practical experience he knows some provisions are not.

As mayor, he is responsible to monitor every homeschooling family. If there is a problem with extremism, he will know it.

“We believe that the state is taking advantage of this anti-separatism bill to point the finger at the wrong culprits,” Meyer said. “It says that parents who educate their children at home represent a danger to the Republic.”

But while there are 50,000 homeschooled children in France, many more are suspected to be hidden away in “clandestine schools” and indoctrinated into Islamist ideology.

The best form of laïcité, according to Florent Varak, allows evangelicals to reach them. Nearly 4 in 10 Muslims have reported suffering religious discrimination. And while anti-Christian religious freedom violations held steady at a higher level in 2019 (1,052 incidents), anti-Muslim violations rose 54 percent (154 incidents).

“Ours is a good model that allows for atheists and Muslims and Christians to coexist, disagree, and discuss issues together,” said the French pastor and mission director with Encompass World Partners.

“We can leave the issue of integration at the feet of the state and focus on loving our Muslim neighbor, sharing the gospel without fear or pressure.”

So despite the challenge this possible law creates for the church, evangelicals must keep their eyes on Christ, reminds Diedrichs, the CNEF official.

Now is a time for prayer, not grumbling.

“We pray a lot in France for the persecuted church, but when a little problem hits us in France, we wail over our great pain,” he said.

“But maybe now it’s our turn to go through difficulties and to persevere.

“It is normal to disagree with the state. But let us be Christians who, first of all, are proud of our Lord.”