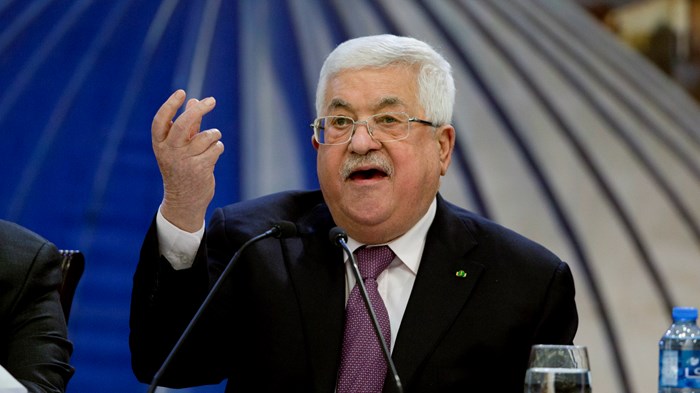 President Mahmoud Abbas has guaranteed that at least seven seats of a new legislative council will go to Christians in the next elections in the Palestinian territories.

Planned for May 22, the elections are hoped to be the first since the militant Hamas movement won the last vote over Abbas’s Fatah party in 2006.

The measure would give Christians, who make up about 1 percent of the population in the West Bank and the Gaza Strip, an outsized representation on the Palestinian Legislative Council (PLC).

Palestinian Christians are ambivalent about the quota, which would allow the seven Christians with the most votes to sit on the 132-member council.

Hanan Ashrawi, a Christian who recently resigned her position on the Palestine Liberation Organization (PLO) executive committee, told Religion News Service that she is uneasy about reserving seats for specific communities.

"When it comes to Christians, I don’t see that they are excluded or marginalized,” she said. “They have been extremely active in political, social, cultural, and economic life, and many of them would be able to gain seats on merit without the quota.”

She added that a quota for women members on the council made sense, “because they were discriminated against and they have historically faced a huge challenge.”

Bernard Sabella, another former member of the PLC, said the Palestinian electorate should vote on the basis of geography. “We need to have a new vision and a holistic plan that addresses our needs. We need our representatives to represent their nation and not a religion,” he said.

But Bassem Khoury, a former minister, said there would likely be no Christian representation on the council without a quota.

“It is hard to win unless there is a serious effort by the factions to put a Christian Palestinian in a safe spot, and therefore the quota is important and necessary,” he told RNS.

Indeed, Hazem Kawasmi, a Jerusalem resident and head of the Arab World Observatory on Democracy and Elections, told RNS that he would like to see higher representation on the council.

Allam Al Ahmad, a Palestinian lawyer, agreed, saying the percentage on the council historically has been as high as 31 percent.

But emigration due to violence amid the Israeli occupation has produced a huge drop in the Palestinian Christian population.

The call for elections came in response to a series of crises that Fatah and Hamas face that weakened the standing of the Palestinian cause in the turbulent regional and international spectrum.

In the West Bank, the Palestinian Authority (PA) is struggling with financial crisis and failure to reach a peace deal with Israel to create Palestinian statehood. In Gaza, Hamas has held power under a crippling Israeli-Egyptian blockade meant to isolate it and weaken its weaponry, rendering it unable to deliver the minimum of basic services.

On Saturday, Abbas issued a decree ordering the respect of freedom of expression ahead of the May elections. The decree, which bans all police pursuits and detentions for “reasons related to freedom of expression and political affiliation,” dispels some of the doubts overshadowing what would be the first Palestinian national elections in 15 years, as both the PA and Hamas have a long history of oppressing their critics.

Palestinian factions are heading to Cairo next month for another round of talks in a bid to settle thorny issues that have blocked them from mending their rift, including security, employees, judiciary, and expanding the PLO.

Jack Sara, president of Bethlehem Bible College, told RNS that elections will provide an important chance for Palestinians of all backgrounds and ages to bring new blood in elected institutions. “This is an important and long-awaited opportunity for young Palestinian Christians to participate in this public process, whether as candidates or as voters,” he said.

Ashrawi said the way to fight emigration is not through political representation but to give them reasons to stay. “We need a system that protects people and provides for their rights,” Ashrawi told RNS. “If we don’t want our churches to become museums, our country should ensure that it allows for a vibrantly rich and inclusive pluralistic society.”

Additional reporting by Fares Akram of The Associated Press