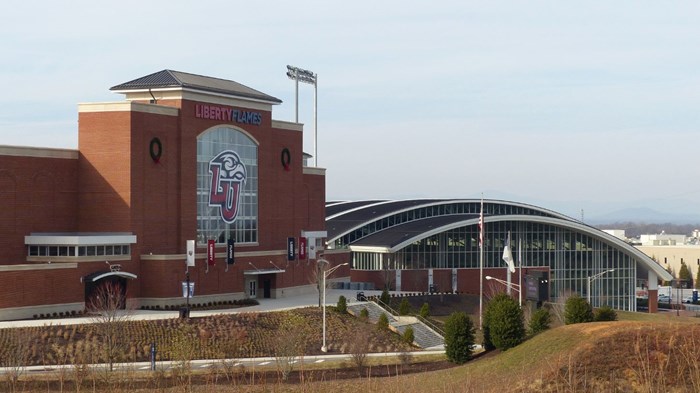 A former NFL player who served as a diversity officer at Liberty University has sued the Christian school for $8 million, claiming his firing violated the Civil Rights Act and the Virginia Human Rights Act.

In a complaint filed Friday in federal court for the Western District of Virginia, Kelvin Edwards, a former executive vice president of management efficiencies and diversity, alleges that he was fired because Liberty’s acting president, Jerry Prevo, does not value diversity.

Edwards was hired in the summer of 2020, according to the complaint, to take a leadership role in the Office of Equity and Inclusion, which seeks to keep the school “free from unbiblical and unlawful discrimination.”

The job offer included a $275,000 salary, a $1,500 monthly car allowance, scholarships for Edwards and his family, and a new home, according to the complaint. To take the job, Edwards states that his wife life left a teaching job and he left a job at a car dealership in Texas, where the family formerly lived.

The complaint alleges that the school committed to Edwards for 10 years during the recruiting process.

A former Liberty University football star who went on to play for the Dallas Cowboys and New Orleans Saints, Edwards cited his close ties to the Falwell family in a news release announcing his return to the school.

The hiring of Edwards and football coach Turner Gill at Liberty was touted as part of the school’s “ongoing efforts in diversity,” according to the news release, dated Aug. 4, 2020.

“I warmly refer to Liberty’s founder, the late Dr. Jerry Falwell, Sr., as my ‘father’ not only because of the intimate relationship and mentorship between us, but also because current President Jerry Falwell and I formed a fast and easy brotherhood as college dorm mates,” Edwards said. “My wife, Tiawna, and I are excited to continue our relationship with Liberty University and to uphold the charge of building Champions for Christ.”

Not long afterward, the complaint alleges, Liberty’s acting president, Prevo, told Edwards there was “confusion” about his role.

“It became clear that Prevo did not believe in diversity efforts based at Liberty,” the complaint alleges. “In fact, during that same time frame, Mr. Edwards heard Prevo comment there were ‘too many people’ in diversity and inclusion.”

The complaint also claims that only two of 28 executives and senior leaders at Liberty are African American.

In a statement Monday to a local television station, the school said that “Liberty University rejects the claims of Kelvin Edwards and will prove them false through the legal process.” The statement also said Prevo had determined that hiring Edwards was “among his predecessor’s mistakes” but claimed the school had tried to find him another job with the institution.

The school said that it is committed to diversity and that Prevo has increased the budget for diversity efforts. “The University and its president are fully committed to racial and ethnic inclusion and diversity throughout Liberty, including on its faculty, in its student body and staff, and on its executive team,” the statement read.

According to the complaint, Edwards was terminated from his role in October 2020.

Liberty sued Jerry Falwell Jr. in April, seeking millions for breach of contract. That suit was filed in state court.