The CEO of Archegos Capital, now making financial headlines for risky trading, is also known for his generous commitment to Christian ministries.
Kate Shellnutt|March 31, 2021 09:34 AM
简体中文繁體中文 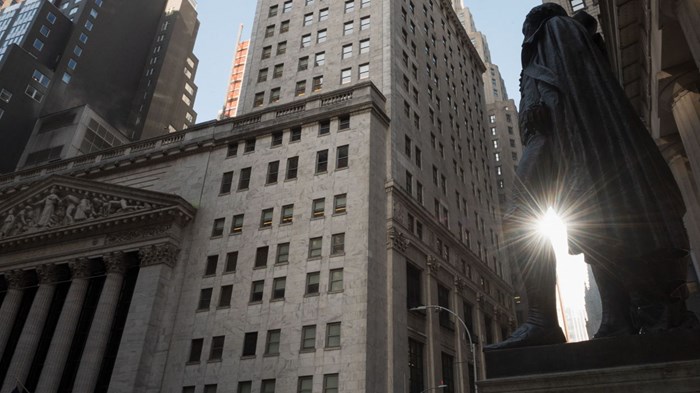 It’s not often that a Wall Street Journal article on the latest stock market shakeup includes a line describing a Greek reference to Jesus from the New Testament.

The hedge fund at the center of massive selloffs in the market last week was the Christian-owned Archegos Capital Management—named for ἀρχηγός, the Greek word used to describe Christ as the “author” of our salvation (Heb. 2:10) and the “prince” of life (Acts 3:15).

Archegos has dominated the financial headlines over the past few days. The fund placed outsized bets on media stocks using money borrowed from banks, and when the lenders put a check on its high-risk trading, it had to sell off huge blocks of shares, sending the market into a frenzy.

Archegos CEO Bill Hwang is also the co-founder of the Grace and Mercy Foundation, which shares an office with his New York-based firm and distributes millions in grants to Christian nonprofits every year. So far, it’s unclear how much the financial situation will affect the foundation and its beneficiaries.

Grace and Mercy’s 2018 tax filing (the most recent year available) listed $5.5 million to the Fuller Foundation, $2 million to Fuller Theological Seminary, where Hwang is a trustee, and $1.2 million to the Museum of the Bible, in addition to six-figure donations to A Rocha, International Justice Mission, Luis Palau Association, Prison Fellowship, Ravi Zacharias International Ministries, The King’s College, and Young Life.

Annual giving totaled $16.6 million over 63 organizations, including many New York churches and ministries, like City Seminary of New York, Manhattan Christian Academy, and the Bowery Mission.

Though giving by individuals remains the largest source of funding for charities overall, foundations are becoming a bigger player in the landscape.

“We’ve seen a consistent and growing trend in giving by foundations comprising a larger share of total giving than it did 15 years ago,” Amir Pasic, dean of Indiana University’s Lilly Family School of Philanthropy, told Ministry Watch last year. “This change may reflect larger trends such as in the distribution of wealth and in asset growth across a decade of stock market expansion.”

Private foundations are required by law to give 5% of the average value of their assets, often held in an endowment. When the financial markets fare well, the assets foundations hold grow–and that 5% of their total value gets larger too. The opposite happens during downturns.

The Grace and Mercy Foundation distributed $79 million over a 10-year span, with its grant amounts increasing in recent years, and the highest levels given in 2017 and 2018. Forbes wrote, “It’s hard to know for sure to what extent Hwang’s hidden fortune was battered last week, though his charity’s filings in future years will show how much the crisis impacts his generosity.”

Hwang is part of a new “evangelical donor-class,” who are less concerned with using their wealth to advance political causes, as covered in The Atlantic in 2019. These newer players in the giving landscape include Asian American Christians who “aren’t necessarily beholden to the culture wars of the past,” Josh Kwan, president of the Christian philanthropic network called The Gathering, told the magazine.

Beyond his $500-million foundation’s investments in American ministries, Hwang sees his career in finance as led by God, saying, “I invest with God’s perspective, according to his timing,” when talking to a Korean audience about faith and work.

This is not Hwang’s first time at the center of a controversy over his financial strategy. Back in 2012, when he ran Tiger Asia Management, he was penalized by regulators in the US and Asia and ultimately had to shut down his firm, pleading guilty to wire fraud and fined over charges of insider trading.

When he shares his story, Hwang points to this time as a period where “money and connection couldn’t really help” and he had to turn to Scripture.

After struggling his whole life as a Christian to get into a habit of Bible reading, he finally was awakened to the power of hearing the Bible read out loud and in community. It was transformative enough that through the Grace and Mercy Foundation he has launched resources for Christians to gather to listen to Scripture together in-person or online.

Hwang has also spoken of how he sees his investment activity as a way to further God’s work in the world, both by serving as a Christian witness in Wall Street and supporting companies that build God-honoring culture and help human society advance.

“I’m like a little child thinking, ‘What can I do today, where can I invest to please our God?’” he said in a conversation with Fuller Studio. “Remember Jesus saying, ‘My Father is working, therefore I’m working’? God is working, Jesus is working, and I’m working—I’m not going to retire until he pulls me back.”