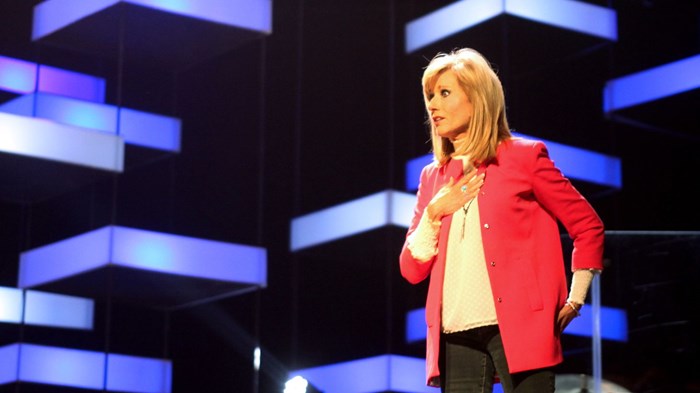 A generation of female Bible teachers, authors, and ministry leaders saw a place for themselves in the Southern Baptist Convention (SBC) because of the example set by Beth Moore.

Now that Moore no longer sees a place for herself in the denomination, they are continuing to stand for the convictions she helped stir within them and are hoping for a wakeup call.

As one Southern Baptist women’s ministry leader tweeted on Wednesday, “Pastors, I hope you are watching women in the SBC and their response to Beth Moore …”

Moore was in many ways an exemplary figure in the Southern Baptist realm—a household name among Christians, her Bible studies reached 21 million women over her first 20 years of ministry. But she was also personable enough to stand for hugs and selfies with followers at events and would reply on Twitter to offer condolences when someone’s grandmother died or advice on how to care for a cast-iron pan.

Many fellow Southern Baptist women were sad but not surprised that she decided to leave the SBC. The women who followed in her high-heeled footsteps know the tensions Moore walked through too well, dismayed at how issues like abuse, racism, Christian nationalism, and the Trump presidency were dividing the denomination rather than deepening its gospel witness—all issues that came up in a recent Religion News Service story about her decision.

Followers in Southern Baptist churches watched as Moore, now 63, grew from a best-selling Bible study author to an outspoken advocate for victims of sexism and abuse over the past five years, opening up about the misogyny she had faced in evangelical circles.

In addition to taking issue with her role speaking and teaching in churches, critics saw Moore's outspokenness on current issues as divisive. They believe she wrongly maligned the church in recent years when she decried pastors who defended Donald Trump or called out white supremacy in the church.

Christine Hoover, a Bible teacher and SBC pastor’s wife, remembers asking herself, “If Beth is treated so disdainfully in public arenas, what is being said privately, and what does that say about how, in practice, the SBC values the contribution of women to the kingdom?”

“I can’t overstate how much of an impact Beth has had on women in our churches,” Hoover said. “I was in rooms in those years with SBC female leaders from all corners of the convention who said they, too, were paying close attention, most of us wondering if we as women actually have an honored place in the SBC.”

The remark came two years ago, when Moore had been targeted during yet another spat over women’s roles, spurred by a tweet that referenced giving a Mother’s Day message at church.

These recurring debates are another pressure point. Women like Moore, who don’t aspire for a pulpit and share the SBC’s complementarian convictions, worry that the back-and-forth over whether women can preach or pastor detracts from efforts to uplift women in a range of other ministry roles.

The news of Moore’s departure has stirred tributes from women inside and outside the SBC who credit her with leading them into ministry or thank her for speaking up when they feared leaders had gone silent on issues around abuse.

Jacki King, who serves on the steering committee of the SBC Women’s Leadership Network, said Moore blazed a trail for women to lead in the SBC and, despite the current infighting in the denomination, she sees a lot to celebrate. Record numbers of women are enrolling in SBC seminaries and being appointed to serve on denominational committees, in addition to their faithful involvement in missions and local churches.

King points to the upcoming annual meeting in Nashville in June as an opportunity for women who share Moore’s concerns to elect officers that will stand by their beliefs and champion the role of women.

“We need women who are leading and serving in the local church to become messengers, become familiar with the presidential nominees, and vote for the one they believe will lead our convention in both humility and unity,” said King, a women’s ministry leader and pastor’s wife at an SBC church in Arkansas.

Outgoing SBC president J. D. Greear said in a statement that his prayer was that Moore’s departure would cause Southern Baptist leaders to lament and pray ahead of the June meeting. “I am grieved anytime someone who believes in the inerrant Scripture, shares our values and desires to cooperate says that they do not feel at home in our convention,” said Greear, who commended Moore’s ministry and encouragement.

Just last month, Greear preached against the secondary divisions driving Southern Baptist apart, telling its Executive Committee, “Every lie weakens our resolve in getting the gospel to the nations, and every moment I engage in a silly argument or spend time debunking untruths is a moment I am not focused on the Great Commission.”

Women worry that Moore’s decision to leave represents yet another detraction from the SBC’s gospel witness.

“In losing Beth, we’ve lost a great gift to our convention,” Hoover said. “I pray that her decision, along with the departure of some of our most revered black pastors, causes soul-searching within the leaders and pastors of the SBC. We seem to always be fighting to keep perceived liberalism out, but I'm afraid our methods are pushing some of our best people out.”

[ This article is also available in español and Indonesian. ]