Author of ‘Effective Biblical Counseling,’ ‘Inside Out,' ‘Shattered Dreams,’ and ‘SoulTalk’ taught that aching souls long for the Triune God.
Daniel Silliman|March 5, 2021 11:00 AM 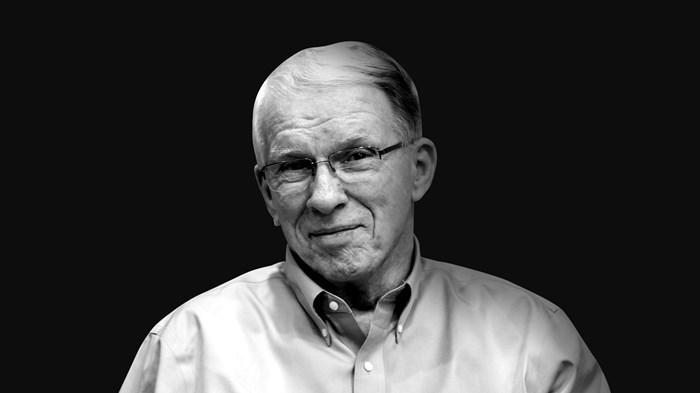 Larry Crabb, a popular Christian counselor who went looking for a deeper approach to spiritual care, died on February 28 at the age of 77.

Crabb was a clinical psychologist who turned to biblical counseling and then to spiritual direction. He authored more than 25 books in the process, writing the popular textbook Effective Biblical Counseling and then more than a dozen titles, including Inside Out, Shattered Dreams, Pressure’s Off, and SoulTalk, teaching people to see their own brokenness as a longing for God and new creation.

“An aching soul is evidence not of neurosis or spiritual immaturity but of realism,” Crabb wrote. “Beneath the surface of everyone’s life, especially the more mature, is an ache that will not go away. It can be ignored, disguised, mislabeled, or submerged by a torrent of activity, but it will not disappear. And for good reason. We were designed to enjoy a better world than this.”

Crabb popularized biblical counseling and then introduced many evangelicals to spiritual direction through his organization NewWay Ministries, weeklong summer seminars, and his extensive tenure at Colorado Christian University (CCU).

“To know Larry Crabb was to know a man who wrestled honestly and often in messy ways with his interior world, and the world around him,” wrote Jim Cress, a Christian counselor mentored by Crabb. “He never knew what it meant to merely settle personally and professionally. … His calling, passion, integrity, and vision would not tolerate a shampoo bottle philosophy of ‘Wash. Rinse. Repeat.’”

In the early 1970s, Crabb had a crisis of faith—spiritual and professional. He was an evangelical Presbyterian and a clinical psychologist with a private practice in Boca Raton, Florida, but he couldn’t see how his Christianity and counseling were compatible.

Biblical teaching seemed irrelevant to the real-world problems of his patients: sexual abuse, anxiety, dissociation, and depression. And psychology didn’t acknowledge anything about sin or the human need for salvation.

“The truths of Christianity seemed to have little bearing on my … professionally orthodox behavior. And that disturbed me,” Crabb wrote. “I could not make the psychological thinking in which I had been trained dovetail with biblical beliefs like the fall of man, his separation from God, his desperate need for divine assistance, [and] the promise of love, joy, and peace to those who accept the free gift of eternal life through Jesus’ substitutionary death.”

Crabb, born in Evanston, Illinois, in 1944, had wanted to be psychologist for a long time. Perhaps even since he was six years old, when he saw Larry Crabb Sr. tell a joke and wondered what made his father so insecure. But after the younger Crabb earned a BA in psychology from Ursinus College, an MA and PhD in clinical psychology from the University of Illinois, spent a few years teaching at Florida Atlantic University, and then opened his own counseling practices in Boca Raton, it all stopped making sense.

He found the answer at 2 a.m., while reading Francis Schaeffer’s He Is There and He Is Not Silent on his back porch. He woke up his wife exclaiming, as he later recounted to Christianity Today, “The deepest longings for significance and security going on inside my clients are needs that God actually intended to meet through the community of believers!”

Crabb discovered biblical counseling, though he wasn’t the first. The Christian Counseling and Education Center was founded in 1968, and Jay Adams published Competent to Counsel, promoting the “nouthetic” approach in 1970. But Crabb, moved by his revelation while reading Schaeffer and supported with a year’s stipend arranged by his pastor, soon became one of the most successful popularizers of the idea of “biblical counseling.”

He argued that Christians could take their thoughts captive. People sought counseling because of bad feelings, he said, which were the result of sin in their lives. But where psychologists had previously told people to express all their bad feelings to get them out, and Christians had traditionally told people to stop doing bad things, the Christian counselor could help people get to the root of the issue: a lack of trust in God. The beginning of healing, according to Crabb, was learning to depend on God.

“Either God has failed me or he hasn’t,” Crabb wrote. “Either he is meeting my needs right now or he isn’t. Christianity demands that I trust God to be faithful.”

By faith and through the work the Holy Spirit, Crabb said, Christians are empowered to stop thinking the thoughts that were damaging their lives: “When I am faced with a sinful pattern of thinking, and I therefore am prompted to behave sinfully, I am to die to that sinful pattern experientially just as I already am dead to it positionally. I am to actualize in my immediate experience that which God says is true: I am dead to sin. In other words, I am to identify with Christ in his death by doing with sin exactly what he did with sin.”

In 1982, Crabb left his practice in Florida and went to Grace Theological Seminary in Winona Lake, Indiana, to teach biblical counseling. He was made the chair of the graduate department of biblical counseling, but he started to push his ideas further and come into conflict with the Grace administration.

Some felt that he wasn’t clear enough in condemning bad actions and pointing out behavior the Bible condemns. According to Crabb, Grace leadership decided that his version of biblical counseling wasn’t biblical enough, and he was forced to leave in 1988.

And where was the Trinity? He read Australian Anglican theologian David Broughton Knox’s work on the centrality of the Trinity to Christian doctrine and was convinced that had to be at the heart of any therapy that was really Christian.

“We were designed to exist in community, and there has to be a Trinitarian kind of relating possible,” he said.

Crabb started to think that when therapy worked—regardless of the psychological theories of the therapist—it was because of the relationship established in vulnerability. That, he decided, needed to be central.

He also increasingly thought that relationship should be grounded in the church, not professional clinical psychology. In 1989, Crabb started to receive spiritual direction from the laicized Catholic priest Brennan Manning, best known as the author of The Ragamuffin Gospel, and thinking that counseling should be like spiritual direction.

“There will always be a place for good therapists. But what they are doing is closer to what the Bible calls ‘shepherding’ than what our culture calls ‘therapy,’” Crabb said.

Spiritual direction is focused less on solving a problem and more on continual growth and formation. Crabb said it was a cycle, starting with recognition of hurt and brokenness, moving to repentance. Repentance leads people to abandon themselves to God and trust God, who is trustworthy, and instills confidence, which finally leads to the release of God’s new creation within the believer.

But that process can only begin with a trusting relationship between therapist and client or, better, between Christian mentor and mentee. Crabb sometimes told students about an early conversation with Manning, where Manning saw past the sin Crabb was describing, past the painful experience that occasioned the sin, deeper, to Crabb’s heart.

“Why are you crying?” Crabb said.

“You just hate everything that gets between you and your Lord.”

That experience helped Crabb, he would explain to students, recognize that beneath his own ugliness was the deeper truth of his love for Jesus. He described it as a process of learning to live in God’s “larger story,” recognizing that creation is broken but that the Christian can be connected to God in a way that energizes them to love.

Crabb took a position at Colorado Christian University in 1989 and remained at the school until his retirement. In 2018, the school established Larry J. Crabb Center for University Counseling, which provides counseling services to the university’s students. Crabb also started NewWay Ministries and a school of spiritual direction, equipping about 120 people a year to engage in “soul-shaping” conversations and help them listen to God.

“Our lives are small, human lives,” Crabb wrote. “But in the eyes of the one who calls us beloved, we are great—greater than the years we have.”

He is survived by his wife, Rachael, and two sons, Kep and Ken. Two memorial services are being planned. Both will be livestreamed at LargerStory.com.