Ministries offer tips for how to give heartbreaking headlines over to God.
Kate Shellnutt|May 6, 2021 06:00 AM 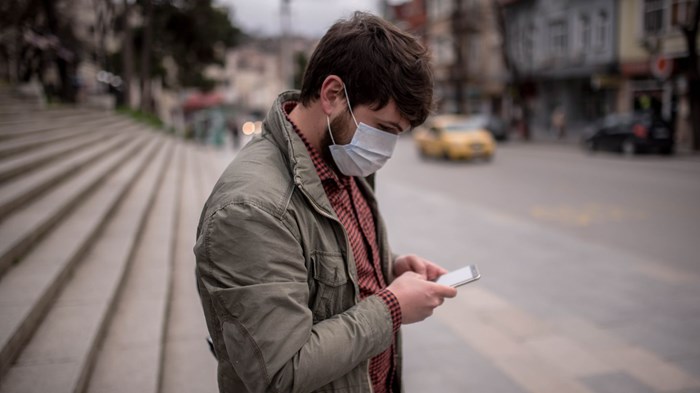 Over the past year, the news has been enough to drive us to despair. Or prayer. Or both.

As people have been bombarded with headlines about the global pandemic, civil unrest, natural disasters, and religious persecution, Google searches for prayer rose to the highest levels on record, and Christian ministries have stepped up to offer resources to help believers pray through the news.

Prior to the COVID-19 outbreak, the UK outlet Premier Christian News had redesigned its website to include prayer prompts at the end of every news story. The site saw more than 175,000 readers click to pray in 2020.

“We wanted to inform Christians about the news going on around the world but also equip them,” said Marcus Jones, Premier’s director of news and digital.

During some grim news cycles—Brexit, terrorist attacks, and then the pandemic—journalists and audiences alike can become desensitized to the headlines. “It is healthy to take a step back and say this is a real-life situation God can intervene in,” said Jones.

The writers at Premier Christian News compose or compile relevant prayers, usually just a few lines long, to run at the end of their articles. A tracker tallies how many readers have clicked the praying hands icon to indicate they are praying.

Still, Jones said the team has been impressed with how much engagement they’ve gotten from the feature. The most-prayed-for stories are usually the most-read, but coverage of persecution and natural disasters also tend to bring increased prayer clicks. Readers sometimes react negatively to the prayers suggested for controversial or politically charged stories, but the journalists learn to carefully craft lines that they hope all Christians can say “amen” to.

Current articles on the site offer prayers for India and ask that other countries may be generous enough to help alleviate the suffering there; for China and “those who are being persecuted for their faith”; and for political leaders tasked with overcoming division and helping the vulnerable. 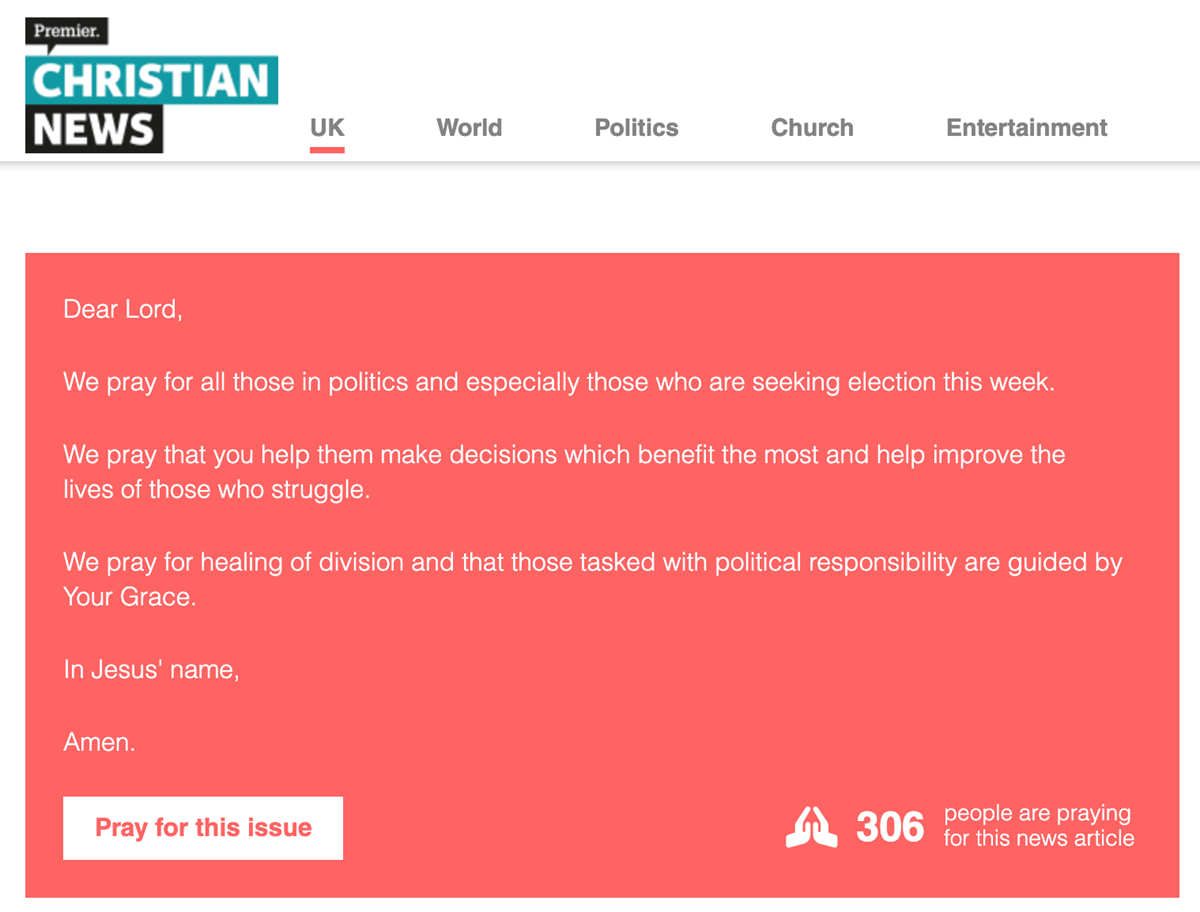 After seeing record engagement from churches during the pandemic, Facebook is now testing a new feature that would allow group members to share prayer requests and click a prayer button to let others know they’re praying for them.

Jones at Premier has mixed feelings about the prayer option on Facebook. “Anything that is going to engage people in prayer is going to be a good thing, but I worry on social media, prayer has lost its meaning,” he said. “… I worry about it being a novelty feature.” Premier deliberately wanted to engage its readers with more than a click and actually offer them a prayer to read through.

Even outside the news media, several ministries have also noticed how people—isolated by lockdowns and desperate to keep up—felt overwhelmed by the news and offered their own guidelines for how to respond in prayer.

“With access to so much news, we might be tempted to shut out the world’s brokenness and hurt to protect ourselves. But 2 Timothy 1:7 says, ‘For God has not given us a spirit of fear and timidity, but of power, love, and self-discipline’ (NLT),’” read a post last year from Wycliffe Bible Translators, which offered tips for how to pray for victims, communities, and local believers affected by troubling news events. “Praying through the news is one easy habit that we can all benefit from. It allows us to surrender our worries to God while also intentionally lifting up communities that need to experience his healing and love in tangible ways.”

In some ways, by pushing more activity and attention online, the lockdown has made believers more aware of the crises beyond their borders. Top news stories have focused on the plight of the Uighers in China, the coup in Myanmar, and vaccine distribution in poorer countries.

Christian organizations like World Vision and the Family Research Council have also urged followers to respond to the news of pandemic suffering with prayer, asking that God would be with the vulnerable and be glorified.

And when Americans gather in sanctuaries and over screens for the 70th annual National Day of Prayer on Thursday, they will also lift up the current events and challenges Americans face.

“These prayers have not stopped through wars, peace, political shifts, celebrations, and now a global pandemic,” organizers said. “In all circumstances we prioritize prayer as a first response and not a last resort.”

For a recent project, The Gospel Coalition (TGC) brought together 40 stories of Christian activity around the world, each paired with three ways to pray and a corresponding Bible verse. The 40 Days of Prayer campaign was pegged to the pandemic—a time when “Christians spent more time online than ever before.”

Several years ago, TGC’s Joe Carter shared his pointers for how to pray the news, including suggesting Christians find a “beat” to focus on and pray for those active in the media and social media, concluding with a warning against paying too much attention to the news.

“Watch and pray the news, but don’t be consumed by it. And don’t let the news become an idol,” he wrote. “Never let the bad news brought by the media supplant your focus on the good news of Jesus.”

Every Moment Holy, a book of daily liturgies published by the Rabbit Room, posted and shared free PDFs of prayers relevant to the pandemic, including “A Liturgy for Those Flooded by Too Much Information.”

“In a world so wired and interconnected, our anxious hearts are pummeled by an endless barrage of troubling news. We are daily aware of more grief, O Lord, than we can rightly consider, of more suffering and scandal than we can respond to, of more hostility, hatred, horror, and injustice than we can engage with compassion,” it reads. “But you, O Jesus, are not disquieted by such news of cruelty and terror and war. You are neither anxious nor overwhelmed. You carried the full weight of the suffering of a broken world when you hung upon the cross, and you carry it still.”