UPDATE: Southern Seminary and Asbury Seminary are among large Christian employers arguing that the requirement represents government overreach and a First Amendment violation.
Kate Shellnutt|November 5, 2021 11:37 AM 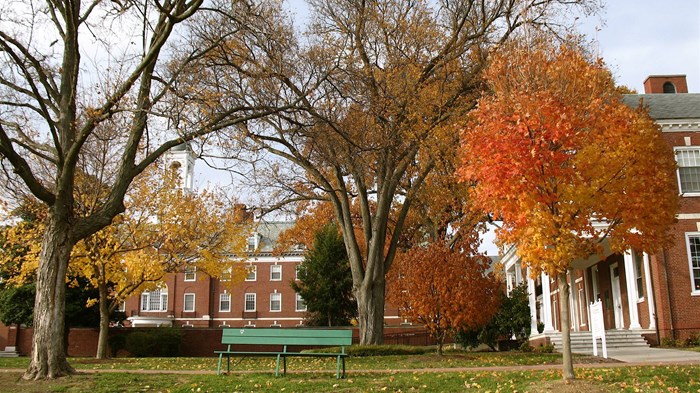 Update (December 20): After an appeals court reinstated the Biden administration’s vaccine mandate for large employers in a ruling on Friday, legal challenges from Christian organizations were back on.

The Sixth Circuit Court of Appeals decision prompted attorneys representing the Southern Baptist Theological Seminary and Asbury Theological Seminary to once again seek emergency relief from enforcement of the mandate, which asks businesses with over 100 employees to require COVID-19 vaccination, with any unvaccinated workers required to wear mask and undergo regular testing.

“The government has no authority … to compel employers to carry out the government’s unlawful national vaccine mandate,” said Ryan Banger, senior counsel with Alliance Defending Freedom (ADF). The mandate had been blocked by another appeals court, the Fifth Circuit, last month.

Another request for an emergency stay came from American Family Association, Answers in Genesis and Daystar Television Network. The ministries argue that the vaccine mandate “fails to provide any religious exemptions or accommodations,” Axios reported.

“Few are aware that, in addition to the President’s OSHA mandate being clearly lawless, its takeover of American companies also includes all religious organizations of over 100 employees," said Kelly Shackelford, president, CEO, and chief counsel at First Liberty Institute. “Our clients simply cannot comply with a government mandate that forces them to violate the conscience rights of their employees. The Supreme Court must act, or there will be a Constitutional crisis.”

The two Kentucky schools, representing the largest seminaries in the Southern Baptist and Methodist traditions, filed a petition Friday against a policy mandating employers with 100 or more workers require COVID-19 vaccination or weekly testing, which President Joe Biden announced the day before.

“This seminary must not be forced to stand in for the government in investigating the private health decisions of our faculty and employees in a matter involving legitimate religious concerns,” said Albert Mohler, president of Southern Seminary in Louisville. “We are glad to join with Asbury Theological Seminary in taking a stand against government coercion.”

According to the rules issued Thursday, private-sector employers with 100 or more workers must require COVID-19 vaccination or weekly testing. These requirements will take effect January 4 under an emergency temporary standard from the Occupational Safety and Health Administration (OSHA).

Several states with Republican governors have also vowed to challenge the OSHA regulations in court, calling them an unconstitutional power grab by the federal government.

“The Biden administration’s decision to mandate vaccines through an OSHA emergency rule is unlawful and compels employers like our clients to intrude on their employees’ personal health decisions and divert resources from their important mission of training future ministers,” said Ryan Bangert, senior counsel with the Alliance Defending Freedom, which is representing the two seminaries.

In a federal lawsuit filed with the US Court of Appeals for the 6th Circuit, Southern and Asbury claim that the administration doesn’t have jurisdiction over employment practices at religious institutions and didn’t have the constitutional authority to issue the vaccine mandate over employers.

Last year, months into the pandemic, Southern had its campus community sign a covenant agreeing to comply with coronavirus precautions around masking and social distancing; by this school year, masks were optional and vaccines “strongly encouraged.”

At its campus in Wilmore, Kentucky, Asbury also “strongly encourages full vaccination.” Since July, it has reported 28 positive COVID-19 tests among students and staff, with three attributed to on-campus exposure.

While evangelical schools have promoted vaccination and hosted vaccine clinics, few have required the shot for students or employees. Though white evangelicals have been most likely to continue to refuse the vaccine, a majority had gotten the shot by June.

“The fact that the largest US seminaries of the Baptist and Methodist traditions are here standing together against this mandate should send a clear and urgent message to Christians and to the nation,” Mohler said.

Though confirmed viral cases and deaths have fallen sharply since the start of the year, average case numbers are still at about 70,000 new infections a day and confirmed viral deaths at more than 1,200 a day.

“Too many people remain unvaccinated for us to get out of this pandemic for good,” Biden said as he announced the policy Thursday.

With reporting from the Associated Press.