Board continues to support leadership at the ECC school after concerns come up around recent firings and retention for students of color.
Yonat Shimron - Religion News Service|October 20, 2021 06:00 AM 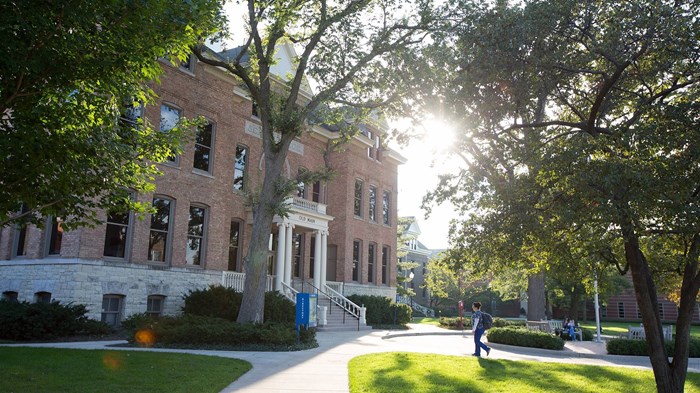 Faculty at North Park University voted no confidence in the school’s president, saying she created a hostile environment for students and faculty of color.

The 55–26 vote last week took aim at President Mary Surridge, who has led the Chicago evangelical school since 2018. In an accompanying document, the university’s faculty senate detailed “a toxic climate for students, faculty, and staff,” especially those of color. Specifically, the document took issue with a failure to hire and retain racially diverse people in leadership positions as well as athletes.

“The big picture is that we have a school that attracts a lot of students of color,” said Rachelle Ankney, senate faculty president and a professor of math. “But we are not providing an inclusive and welcoming atmosphere for those students. That’s not setting the school up for success in the long run.”

North Park enrolls some 2,800 students and more than half are people of color or mixed race, according to Ankney. But, she said, it has struggled to retain those students beyond the first and second year of their studies. A 2020 retention report from SPARK associates noted particularly high rates of departure among male student athletes of color at North Park, especially football players: In 2019–2020, 45 percent of first-year football players did not return the following year, compared with 25 percent of first-year students overall.

Recently, the school has also seen an exodus of staff and faculty of color; the faculty says those departing were pressured to sign nondisclosure agreements.

The university’s board of trustees issued a letter at the start of the senate’s vote, saying it was “unequivocally pleased” with the leadership of Surridge, the first woman to helm the school.

“She is setting the strong strategic course that North Park needs at this time in its history to assure its long- term viability and she is accelerating our forward momentum,” the letter written by the board’s executive committee said.

The letter cited one of the largest incoming classes of first-year students and a return to fiscal solvency among her accomplishments. It made no reference to problems over race and equity.

Board chair David Otfinoski said he was “deeply troubled” by the faculty no-confidence vote, even as he and the board support Surridge.

“While we disagree with the characterization of her leadership and believe there are inaccuracies in the document prepared for faculty, we are also acutely aware that there is pain in our community,” he said in a statement.

“We seek to move forward together, as one North Park,” Otfinoski’s statement said.

Votes of no confidence are increasingly common as faculty and boards at US universities struggle over governance and politics.

The North Park faculty’s long list of grievances include Surridge’s hiring of her husband to a senior-level position after he had retired as the head of the university’s athletic department. They also allege she violated university governing documents by firing four tenured professors without proper consultation with the faculty senate.

Surridge served as vice president for advancement at North Park before becoming president, raising $63 million for the school, according to the school’s website. She does not hold a doctorate degree.

Ankney said problems at the school arose before the coronavirus pandemic and included a student protest in February 2020. The lockdown that followed postponed any resolution of those issues. This is the first semester students and faculty are back on campus in person.

The school’s board of trustees begins several days of online meetings on Wednesday. Ankney said she doesn’t know yet if she will be invited to speak to the board.

The faculty senate has invited Surridge to its meeting on Monday. Ankney said she did not know if the president would attend.