With dozens of congregations already on their way out, the Reformed Church in America anticipates “difficult decisions” at its postponed General Synod this week.
Kathryn Post - Religion News Service|October 14, 2021 08:03 AM 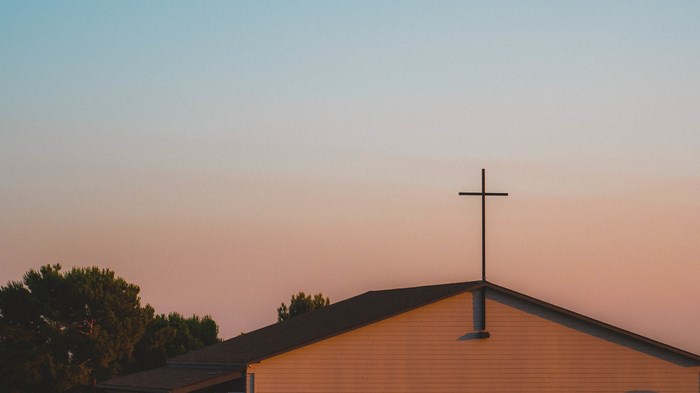 This week, North America’s oldest denomination will confront its gridlock over LGBTQ ordination and same-sex marriage. Votes cast in Tucson at the Reformed Church in America’s General Synod—delayed 16 months due to the pandemic—will chart the course for the already-splintering denomination.

In the past year, conservative factions have broken ties with the RCA, with other churches threatening to follow. Delegates to the synod, which starts Thursday and will continue through Tuesday, will determine how the denomination might restructure to entice congregations to stay, if the church will establish an external mission organization and whether departing congregations can plan on taking their church buildings with them.

“At General Synod, delegates come from across the RCA to discern the mind of Christ together,” said Christina Tazelaar, RCA director of communications. “There are difficult decisions on the agenda, along with many things to celebrate, and we’re praying that the Holy Spirit guides every decision.”

The RCA is a historically Dutch Reformed denomination dating back to the 1620s, when New York was known as New Amsterdam. Today, the RCA has fewer than 200,000 members and 1,000 churches. While in theory RCA churches are united by their polity, history, and Reformed convictions, they hold a range of political and theological beliefs.

The RCA isn’t the only Protestant denomination facing division over views on sexuality. Next year, the United Methodist Church is expected to vote on a proposal to split the denomination over the inclusion of LGBTQ members, and the RCA’s sister denomination, the Christian Reformed Church, will grapple with its contentious human sexuality report at its own synod.

“It’s a case study in how a church can or cannot navigate questions of identity, questions that are tense, matters of conflict,” said Matthew van Maastricht, pastor at Altamont Reformed Church in Altamont, New York. “We are just one part of a greater reshaping of the broader American Protestant landscape.”

According to the Rev. Dan Griswold, clerk of the RCA’s Holland Classis, the RCA debates involve specific questions: Can an RCA church host a wedding between a same-sex couple, and can an RCA minister officiate such a wedding? Can noncelibate gay people be elected as elders and deacons and ordained as ministers? While these questions are often framed as political, they are also theological.

“It’s really about how we view the Bible, how we understand God, and the nature of the church,“ said the Rev. Lynn Japinga, professor of religion at RCA-affiliated Hope College. “It’s a fundamental difference in approach to the Christian faith that’s the source of all this. … Do you have more of a rule-based faith, or do you have a more grace-based faith?”

“I’ve dealt with same-sex attraction, and the issue for me and many of the people I know is, is it a thing for which Jesus Christ needs to come to redeem us, or is it a blessing he wants us to embrace?” said Citlau, who is married to a woman and whose church helped form the conservative non-RCA Kingdom Network. “If we get sin wrong, there are larger things at stake.”

The debate is also a question of polity. The RCA has a localized structure that gives classes—regional church groups—authority over matters such as discipline and ordination. While all RCA churches follow the Book of Church Order, they don’t have to follow the General Synod’s recommendations.

“There’s nothing in the Book of Church Order that says anything explicit about sexuality at all,” said David Komline, associate professor of church history at Western Theological Seminary. “The General Synod has repeatedly made statements that are more traditional in orientation about sexuality, but those are just statements. There are no mechanisms in place to hold people accountable to these statements.”

An ongoing question is whether the General Synod ought to be able to make dictates it can enforce. In recent years, conservative RCA members have pushed for General Synod to do just that. In 2016, the General Synod voted to amend the Book of Church Order to define marriage as between a woman and a man. However, the measure failed to win the necessary two-thirds approval from the classes.

“We found that the RCA is designed in such a way, intentionally or not, in which the vast majority cannot move to what they believe is right because there are just enough progressive classes that can veto,” said Citlau. According to Citlau, the two-thirds rule gives disproportionate power to classes with progressive views and fewer members. But progressive members argue the General Synod was never designed to issue top-down decisions in the first place.

In 2018, General Synod formed a team charged with discerning whether the RCA should stay together, restructure, or separate. In their Vision 2020 Report, that team suggested a path involving all three avenues. First, the report recommends appointing a team for reorganizing classes by affinity rather than geography; churches would opt into classes and group themselves by shared values. The second proposal is to create an external RCA mission agency that would allow departing churches to continue supporting RCA’s global missions work. Third, the report recommends allowing a departing church to retain its property and assets.

These three proposals are scheduled to be debated on Saturday and require a simple majority of votes to pass—but the measures could be radically amended before then, and other overtures could be adopted as well.

Regardless of what happens at the General Synod, the RCA is already splitting. The Kingdom Network, an alliance currently composed of five churches in Indiana and Illinois, officially left the RCA on September 9. The group was formerly an RCA classis that prioritized church planting.

“The RCA has this albatross around its neck, and historically it moves very slow,” said Citlau. “From our point of view, the house is burning. We can’t keep saying, we’re going to wait five more years and have a couple of committees. It’s already a bloody mess, and until you’re willing to get in there and make some choices, there’s no way through. And we did our best effort to make a way through.”

In May 2021, the Alliance of Reformed Churches was formed as an alternative to the RCA for conservative churches questioning their place in the denomination. According to their website, more than 125 churches have expressed interest in joining the alliance.

“The Alliance of Reformed Churches is praying with the RCA for the clear leading of God’s Spirit at its General Synod,” the Alliance said in a statement emailed to RNS. “Our prayers will be with our brothers and sisters as they walk together through this significant moment in the RCA’s history.”

More departures are likely on the way. The 2020 Vision Report said: “We have informally learned of entire classes’ intention to exit the denomination in the near future.” These departures have been a long time coming; the RCA has been debating sexuality and LGBTQ inclusion since the 1970s.

“People on different sides of the spectrum have been fighting for about 40 years, and they’re sick of it,” said Komline. “They believe their fighting is impeding their mission. I think that’s the case on both sides. The liberals want to go pursue justice, as they define it, and the evangelicals want to share the gospel as they define that.”

According to Griswold, these divisions can be traced back even further. The RCA was originally formed by several waves of Dutch immigrants. Those in the earlier waves settled along the East Coast, where they eventually developed sensibilities that resembled those of their mainline peers, while migrants who came in the 19th century often settled further west. Today, the cultural and theological divides are still evident. All except five of the 44 churches listed as LGBTQ-affirming by Room for All—an LGBTQ-affirming network in the RCA—are in the Northeast.

“As America as a whole has shifted, the RCA has experienced some similar shifts,” said Komline. “Just as America now is very polarized, so is the RCA.”