Once a hub for Reformed thought and a waystation for immigrants, a New York City congregation finds itself at the center of a property dispute.
Kathryn Watson|September 20, 2021 01:00 PM 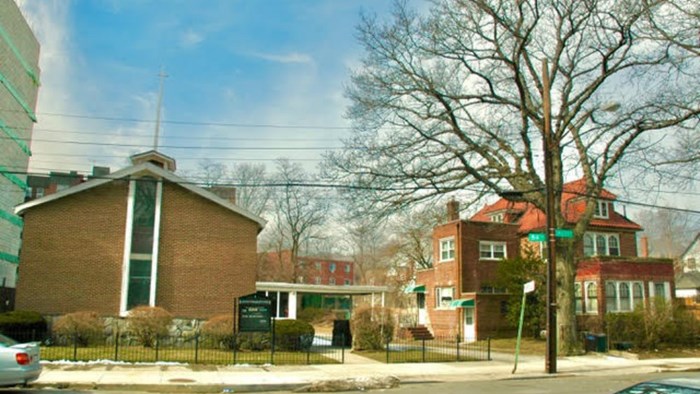 Queens Christian Reformed Church—one of the first Chinese American churches in the Reformed tradition established in the United States—is waiting with bated breath to find out what the future holds.

Some are worried the Christian Reformed Church in North America (CRCNA) is going to evict the congregation and sell the Briarwood, Queens, property to developers—in the process erasing an important part of Chinese American church history in New York City.

Others say they don’t know what will happen to Queens Christian Reformed Church (QCRC), but they hope there is a way the denomination and the congregation can come together to support continued ministry to Chinese Americans and other Christians in Queens who want to worship in the Reformed tradition.

“Our future is always in God’s hands,” said David Lowe, who has served as an elder at the church since 1984, “and we want to put our hope and trust in him in all things.”

Classis Hudson, the regional governing body of the CRCNA, will vote on Tuesday on whether to authorize an interim committee to figure out the future of the congregation. The Queens church officially has only 27 members, according to the denomination’s website, and no full-time CRC pastor. The church’s founder, Paul C. H. Szto, led the church until he died in 2019 at the age of 95.

There are other complications as well. In an official statement to CT, the denomination described the situation as “extremely complex, due especially to QCRC’s past status as a self-governing congregation, its present ministry partnership with a congregation of the Presbyterian Church in America … and the challenge of cross-cultural communications and expectations.”

The late founder’s daughter suspects, however, that behind the complications and rules of CRCNA polity lies a plan to make a lot of money by selling church property. She has accused the leadership of the traditionally Dutch Reformed denomination of callous disregard for the importance of Chinese American Christian history.

“It comes down to eviction and erasure,” she said. “Because if they sell the property, they’re going to sell it to a developer. The developer is going to knock down the church building and parsonage, two historic buildings. Developers are going to make a lot of money, but then there’s no there’s no physical trace of what happened there.”

Paul Szto established the church in Briarwood in 1956. He was only the second non-white pastor ordained in the historically Dutch denomination, according to his daughter. He went door to door in search of potential congregants, meeting and ministering to Chinese students, young immigrant families, and new arrivals, many of them fleeing the Communist takeover of China and the subsequent Cultural Revolution.

The congregation took up residence on its current property in 1960, with the main service taking place on the main floor of the parsonage and Sunday school in the basement.

“That parsonage, throughout its whole history, has been a refuge, a sanctuary. It is ten minutes from LaGuardia Airport and ten minutes from John F. Kennedy Airport. My father was always going to the airport to pick up people as they would literally arrive from Hong Kong, from Taiwan, from China. We had people living in every nook and cranny,” Mary Szto recalled.

Pastor Szto, who had studied under the Dutch Calvinist philosopher Cornelius Van Til at Westminster Theological Seminary and under Christian existentialist Paul Tillich at Union Theological Seminary, turned the space into a lecture hall, seminar room, and theological library with more than 18,000 books. According to The Banner, an official CRCNA publication, Szto and his wife housed and hosted more than 2,000 students, immigrants, and refugees in his home.

Marlyn Goya, a Sunday school teacher at the church, said she was drawn to Szto’s preaching because of his focus on Scripture.

“I learned from him how to be persistent and focus on the Word of God, no matter what I was going through,” she said. “I admired that—the encouragement to always keep our eyes on God.”

Szto’s influence also reached far beyond Queens. The first four Chinese ministries in the CRCNA can be traced to his influence, and he encouraged many Chinese Americans in ministry, evangelism, and church planting. There are now about 20 CRCNA congregations with worship in Chinese across the US, from New Jersey to Illinois to California.

“As one of the first non-Dutch pastors to be ordained in the CRCNA, Reverend Szto was influential in the development of Chinese American churches across the CRCNA,” Jeremy Mulder, clerk for Classis Hudson, told CT.

Mary Szto would like to see the parsonage become a museum and cultural center to carry on that legacy and tell the story of her father’s life’s work and the history of Chinese American Christianity in New York City. She notes that Chinese American church history tracks closely with real estate laws and business ownership restrictions that limited where Chinese families could buy property until the Immigration and Nationality Act of 1965.

There is currently no organization working on making that dream a reality, however, and museums can be incredibly expensive endeavors. Real estate prices in New York City add to the pressure. Currently, three-bedroom properties near the parsonage sell for more than $1 million. The denomination could use the space to provide a home for another minister or sell it and use the funds to support other ministries.

It is currently unclear, though, whether the property belongs to the denomination, the remaining congregation, or another entity. The Queens church attempted to leave the denomination in 2011, but according to the CRCNA did not have the necessary, functioning council to make that decision. The CRCNA checked again and reached the same conclusion in 2019.

The Queens church, meanwhile, has unofficially merged with a Chinese-speaking congregation of the Presbyterian Church in America (PCA), and the two groups worship together in the building. According to the CRCNA statement, “Classis Hudson is encouraging the proper transfer of spiritual oversight, as well as oversight of the property to the church who is already ministering on the property.”

There has been no official merger, however, and no official communication from the PCA congregation or denomination to the CRCNA starting the necessary legal process.

According to the CRCNA statement, “The goal and fervent desire of Classis Hudson is that the property in Queens be used for gospel worship in the Reformed tradition (and secondarily for the residence of clergy working in that endeavor) by Chinese-American Christians and other ethnicities for the indefinite future.”

That use, however, must rest on “a practical basis of ownership, finances, and leadership that are stable and sustainable.”

Mary Szto does not trust the denomination, though. She says the regional body once offered $5,000 to $10,000 for the property deed, though it is worth, she estimates, about $8 million to developers. Szto expects Classis Hudson to vote on Tuesday to authorize a lawsuit to evict the congregation and remove the family from any decisions about the future of the property.

“This is a form of anti-Asian violence,” she said. “Chinese American history is not only one of exclusion … but of erasure of Chinese American communities and institutions. Although Chinese have settled throughout the US since the 1800s, there is hardly any physical trace of this history. The current proposed eviction and sale is part of this long history of erasure.”

Some longtime members are more willing to wait and see what the denomination does, though, even though they too are worried about the future of the Queens church.

Lowe, who has attended since 1975 and is still listed on the CRCNA’s website as the church clerk, said he is praying for a better outcome.

“God has sustained the ministry at that church location for over 60 years,” he said. “The people that are there now want to continue to reach out to the community and to help anyone who comes through the doors. My prayer is that there would be reconciliation and that we would be able to continue to do ministry there and remain there as long as God has us there.”