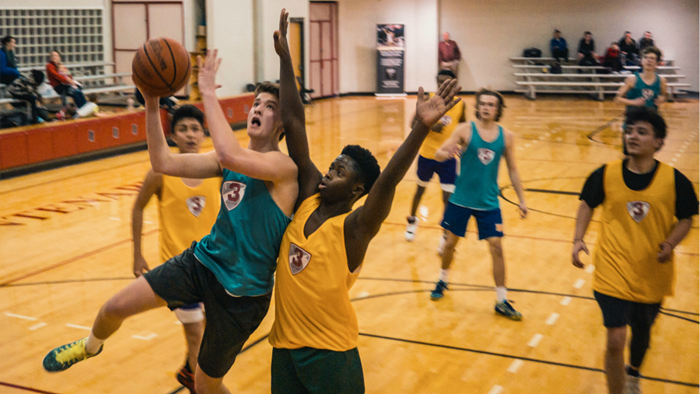 Indiana Wesleyan University didn’t start a football team just to boost male enrollment, but it was a factor.

The evangelical college is also starting an engineering program with the same issue in mind.

“Not that engineering is only for male students, but we know historically schools that have engineering draw a higher percentage of male students,” said Chad Peters, the vice president of enrollment management and marketing at IWU.

As evangelical colleges and universities across the country worry about overall enrollment declines, many schools are especially worried about “missing men.” Women in the US currently earn six out of every 10 degrees, and the gender gap has widened with the pandemic. Male undergraduate enrollment dropped by 5 percent in fall of 2020, compared to a less than 1 percent decrease among women.

And for men who do enroll in college, only about 40 percent earn a bachelor’s degree in four years, according to the National Center for Education Statistics, compared to half of women.

The Council for Christian Colleges & Universities (CCCU) has formed a Commission for Innovative Enrollment and Marketing in part to brainstorm ways to increase the number of men in higher education. Indiana Wesleyan’s Peters is one of 10 commissioners in the CCCU enrollment group.

“We’ve really tried to stabilize our recruitment processes and systems to make sure that we looked at any gaps or internal processes keeping us from serving students and families,” he said.

Evangelical colleges face the same challenges as secular schools in enrolling men, school officials told CT. CCCU schools frequently adopt or adapt the strategies piloted at secular institutions to enroll more men. One strategy to attract and retain more male students, for example, has been to introduce new sports teams. Another is adding degrees or certification programs that are traditionally more popular with male students.

But most evangelical colleges say the real challenge is explaining to prospective students and their parents how a Christian education will shape and develop men. They have to explain how a male student’s education will meet future financial needs and also ground him spiritually.

Peters said IWU’s enrollment and marketing teams hear this all the time, from parents especially.

“‘Are your academic programs preparing students or graduates to be successful in the marketplace?’ That’s still the main question they’re asking,” Peters said. “But the second question they're asking is ‘If we send our son or daughter to your institution, what types of systems or which individuals on campus are going to be there to help continue to build upon the foundations that we’ve built in our [children’s] lives?’”

At Roberts Wesleyan College, an evangelical college in New York, vice president for enrollment management Kimberly Wiedefeld said the concern for missing men has pushed the school to do more social media marketing to explain its mission. The Roberts Wesleyan staff ask themselves, “What do people think or know about Christian higher ed?” she said. “How do we tell our story?”

Once men are attending Christian colleges, the schools have to figure out how to get them to plug in—to engage with each other and the big ideas that can make college a transformative experience.

Dordt University dean of students Robert Taylor saw the need for this in 2019. He hosted a presentation on a Reformed view of gaming and esports. When 48 students showed up to listen to a Dordt graduate with a PhD in theology and culture, Taylor judged it a success. Even more when he realized the event attracted people who were struggling with school.

“What he realized at that meeting was, first of all, these were all the students that he did not know and no one on his team knew—often students that had academic alerts,” said Brandon Huisman, the vice president of enrollment and marketing at Dordt and a member of the CCCU enrollment commission. “The more interesting thing is they didn’t know each other. So they were engaging with their devices and gaming with people from throughout the world, but they didn't know that they could have community and healthy limits and disciplines with people like that on campus.”

That first meeting led to the launch of a gaming guild at Dordt last fall, led by a recent graduate with a doctorate. It currently has 80 members—most of them men, though women are allowed to join.

Dordt actually has slightly more male than female students, bucking the national trend. Huisman said that can be attributed in part to Dordt’s mix of educational offerings, including two-year associate of science degrees, as well as additional efforts to encourage men to engage through athletics, music, and student employment.

Huisman said the college is also always working on creating compelling narratives around the value of Christian higher education. One of those narratives is highlighting the college’s programs targeting men: the gaming guild, junior varsity sports teams, and other mentoring and social opportunities. A campus-wide initiative, The Defender Way, for example, focuses on how Christians can compete athletically in a Christlike way.

Christian schools, Huisman said, aren’t just looking to graduate men but also to disciple and grow them spiritually. That’s a key selling point as they work to recruit more men.

“We believe that as Christian colleges and universities, we are called to serve young men but also to equip them for who it is that Christ is calling them to be in the world,” Huisman said. “I think there’s a unique thing that happens on Christian college campuses where we’re able to ask students pretty straightforward questions, like ‘Who owns your heart?’ And we hope the answer to that is Jesus Christ.”