Under his leadership, a popular Sunday school curriculum was translated into 32 languages and dialects.
Morgan Lee|December 20, 2022 01:00 PM 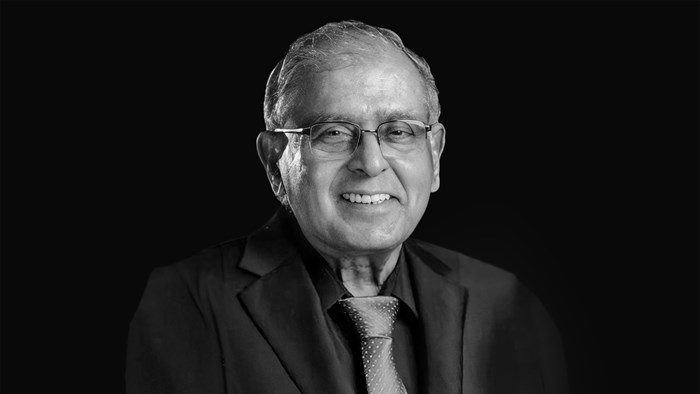 Francis Sunderaraj, an evangelical leader in India who prioritized spiritual education and ministry to lay Christians, died last month at 85.

As head of the Christian education department of the Evangelical Fellowship of India (EFI), Sunderaraj encouraged and oversaw the development the most popular Sunday school curriculum in India. It has been translated into 32 languages and dialects.

He believed that “training laypeople to be the Lord’s workers in society at large is a greatly productive ministry,” said longtime friend Saphir Athyal.

The curriculum is also credited with fostering a sense of unified evangelical identity in India. It distinguished evangelicals from liberal Christians and gave them direction and focus.

“Education is absolutely vital for the growth of the Church,” Sunderaraj wrote. “Our focus must always be building up the Kingdom of God.”

Sunderaraj was born to a middle-class Anglican family in Chennai, Tamil Nadu, on April 7, 1937. He sang in the choir and served as an altar boy but struggled to live out his faith as seriously as he wanted.

When Sunderaraj was 17, he attended a Youth for Christ meeting where a visiting priest from England shared the gospel. Sunderaraj was convicted and gave himself to Christ, believing Jesus “could make my life meaningful in this world, if only in faith I surrendered myself to him.”

Despite his conversion experience, Sunderaraj continued to struggle into his 20s.

“Though I was outwardly participating in the worship service, deep inside I was in a desperate condition,” he later wrote. “Desperate because of the frustrating inconsistency I was going through in my spiritual life and the sense of lack of direction concerning my future.”

An American-born Methodist mentor pointed out that this, too, was an issue he should surrender. The pastor pointed to 1 Thessalonians 5:24: “The one who calls you is faithful, and he will do it.” The words stayed with him for the rest of his life.

Sunderaraj became a chemist in 1957. He felt a call to ministry but needed to support his family. He took a job with a paint manufacturer in Chennai and then was moved to Kolkota. After five years in the field, however, he found he couldn’t ignore the call to ministry anymore.

“Deep within me I was restless and had a feeling of guilt,” he wrote. “I cried to God saying, ‘God, you know my intention is not to let you and my parents down. But as you know, I could not resist your call. … I just give myself to you.”

Sunderaraj studied at Union Biblical Seminary at Yavatmal, Maharashtra, and then received a scholarship from the World Council of Churches to attend Princeton Theological Seminary.

His understanding of ministry, he said, was shaped by the challenge of professors from different points of view. He became convinced of “the importance and necessity of holistic ministry,” comprising evangelism and social action.

“That’s what we find in the life of Jesus,” he said.

Sunderaraj was also deeply influenced by classic Christian films, including Ben-Hur, The Ten Commandments, and The Robe. He was impressed with the way they could nourish faith.

“God used these movies to some extent to lead me step by step into this glorious fellowship and relationship with him,” he said.

After graduating from seminary, Sunderaraj went to Malaysia and pastored a Methodist church ministering to the large Indian diaspora, including migrant workers extracting rubber from trees. As part of Sunderaraj’s first ministry assignment, he drove a Volkswagen Beetle from site to site, meeting with community members.

The systemic economic problems faced by the migrant workers convinced him more than ever of the importance of holistic ministry. His concern for the people pushed him to assess the conditions they were living in. And thinking about the history of exploitation reminded him of the importance of evangelism.

“I began to realize that we live in a fallen world and there is so much of injustice and the root cause is something else. So I must present the gospel to them,” he said.

Sunderaraj later led a Tamil congregation in Kuala Lumpur and then returned to India in 1978 to work on the education program for EFI. He made the Sunday school curriculum a top priority.

“[He] was a ‘people’s leader,’” said Leela Manasseh, who currently leads Global Spiritual Care Networks and Singles Asia, and who worked alongside Sunderaraj for many years. “He loved relating to children, young people, and adults from all social strata and ministering among them. ... He loved his Bible-based, Christ-centered, Spirit-empowered, and people-oriented ministry.”

Sunderaraj became head of EFI in 1984 and then general secretary of the Evangelical Fellowship of Asia in 1994. He served in the position until 2001.

He promoted women to decision-making positions and strove to strengthen the identity of evangelicals across India and Asia.

“He really rallied and marshaled evangelical organizations to have a common focus,” said John B. Samuel, an evangelical leader and Sunderaraj’s son-in-law. “Evangelicals had really lost a sense of direction.”

The general secretary of the World Evangelical Association (WEA) said he could always count on Sunderaraj for his Methodist perspective and his deep commitment to building up the kingdom of God.

“Many holy men and women of global stature have served in the International Council of the WEA over the years,” Thomas Schirrmacher said in a statement. “Dr. Sunderaraj was one of them … representing Asia’s and India’s passion for world mission in the best way possible.”