One of India’s Most Christian States Legalized Gambling. Church Leaders Said No.

Meghalaya’s decision to open casinos brings together faith groups and social organizations against the government.
Surinder Kaur|December 2, 2022 10:49 AM 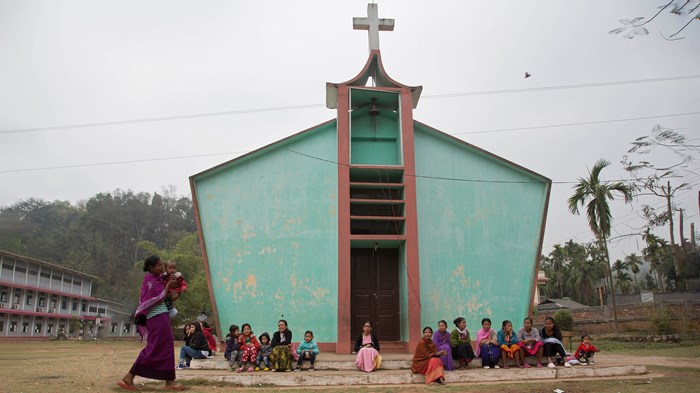 An Indian state known for its scenic waterfalls, mountain ranges, and plateaus has reversed its decision to legalize gambling after stiff opposition and protests by the church and social organizations. Last month, the government of the northeastern state of Meghalaya passed an ordinance to repeal legislation that had legalized gambling, online betting, and gaming since March of last year.

“We rejoice with the people and thank the government for its concern and understanding of the long-term effect of the act,” said Allen Brooks, at the Assam Christian Forum.

Though Christians make up the majority of Meghalaya residents and many leaders opposed this legalization, the government chose to not allow their input before carrying out this change. Instead, it passed the gambling measure by enacting it first as a temporary law, or ordinance, which can remain in effect until it is replaced by a law.

Had the government chosen to legalize gambling by moving legislation through both houses and receiving the approval of the governor, the church and other civil society groups would have been able to offer preliminary feedback.

After the initial announcement, the Khasi Jaintia Christian Leaders Forum (KJCLF) condemned the government’s move, calling on churches, concerned organizations, and the general public to condemn the action. The Roman Catholic Church, the North East India Fellowship of Charismatic Churches, and civil society groups joined in disagreement with the legislation.

“The casinos will open a plethora of crime and criminal activities,” said KJCLF’s Edwin H. Kharkongor. “It will promote different activities from drug addiction to prostitution, to fights and violence, robberies, and many more crimes.”

The government had argued that the law would generate employment opportunities and increase state revenue.

Meghalaya is the country’s fifth-poorest state (out of 28) and the poorest in a region known as the “Seven Sisters,” a nickname coined for the northeastern states that share a natural landscape and are highly interdependent. All are geographically isolated from the rest of India (save for a tiny sliver of Assam).

“There are huge competitions to attract the tourists. The other Northeastern states have a similar topography like Meghalaya and the states also have historical and archaeological sites,” James P. K. Sangma, a government minister, told the state assembly in September. “To attract the tourists, we have to give them some additional amusement.”

But Christian leaders didn’t buy it.

“I am totally against the law that has been enforced,” Leaderwell Pohsngap, a senior leader with the Church of God, said before the ordinance was repealed. “I don’t believe it has anything to do with tourism. It is just an excuse. They say that casinos will only be for outsiders and not for locals, but it is very hard to implement. Once you legalize casinos, which is one form of gambling, others will follow.”

But others feel that Meghalaya already has what it needs to stand out. The town of Mawsynram is the wettest place on the planet, and the state is known for its unique living-root bridges.

“It has many tourist attractions, and the excuse of legalizing gambling to attract tourists is completely bogus,” said Mismola Mawlomg, a leader at Mawkhar Presbyterian Church.

Christianity arrived in the region through American Baptist and Welsh Presbyterian missionaries in the late 19th century and was embraced by many of the tribal communities, like Khasis and Garos in Meghalaya. These communities are considered adivasis, aboriginal hill people who have never been part of the Hindu mainstream.

Meghalaya’s leader of the state’s coalition government, Conrad Sangma, is himself a Christian and led the government that introduced the gambling measure. His Meghalaya Democratic Alliance includes other Christian ministers and also includes the BJP, a dominant Hindu nationalist party at the federal level but a minor player in the state.

The latest ordinance will go into effect long term only after the state assembly approves it—a situation that could be influenced by the state’s March 2023 elections.

“When the church body and the NGOs raised their voices against the legislation, the government’s response was subtle,” said Leaderwell. “It is quite evident that the government immediately responded affirmatively because of the upcoming elections. There may be a possibility that post-election the government, whichever party forms it, may try to bring back the legislation.”

One of India’s Most Christian States Legalized Gambling. Church Leaders Said No.

One of India’s Most Christian States Legalized ...