Died: Duane King, Pastor Who Saw the Need for a Sign Language Bible

He didn’t know anything about deafness. But he believed the gospel is for everyone.
Daniel Silliman|February 3, 2022 12:00 PM 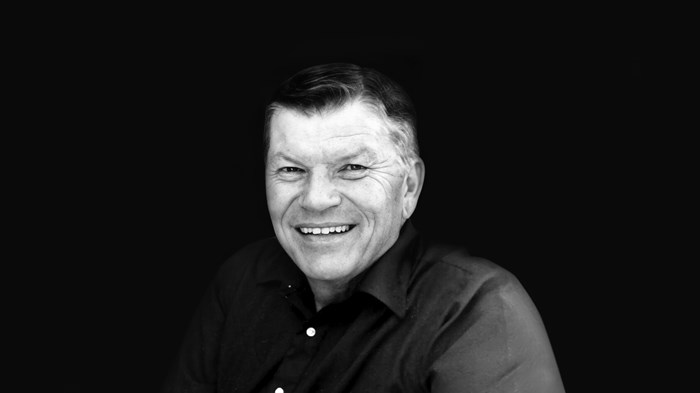 Image: Courtesy of the King family / edits by Rick Szuecs

Duane King, a hearing minister who founded a Deaf ministry and started work on the first sign language Bible translated from the original Greek and Hebrew, has died at 84.

King had no special skills or training to work with the Deaf. He had no personal experience with Deaf family members motivating him to see and care about this often-overlooked community.

But he believed the gospel was for everyone. He believed a good shepherd would leave the 99 to go after the one. And when he met some people who didn’t have access to church or Scripture, he couldn’t let it go. He dedicated the rest of his ministry to reaching those people.

“He was a giant,” said Chad Entinger, a Deaf Christian who succeeded King as director of Deaf Missions in Council Bluffs, Iowa. “Through Duane and his faithfulness to God, millions of Deaf people and their families and friends in more than 100 countries around the world have been impacted with the Gospel of Jesus!”

King was born outside of Skidmore, Missouri, on November 9, 1937. His parents, Elza Cledith and Myrtle Lois Brown King, had four boys, and Duane was the youngest. He was raised in the Independent Christian Church and attended Nebraska Christian College with the intention of becoming a pastor.

King was initially drawn to music ministry. He joined a college quartet, first called the Lordsmen and then later the Watchmen, and traveled the Midwest singing the bass parts of gospel songs. The Watchmen were popular at summer revivals, and King also learned to preach.

When he met a young women named Peggy Carr who also belonged to the Independent Christian Church, also attended Nebraska Christian College, and was also an accomplished vocalist, his future and his ministry seemed clear. The two got married in 1961.

King took a job at the First Christian Church Norfolk and began pastoring the congregation there, while still occasionally traveling with the Watchmen.

A couple who couldn’t attend church

Five years later, he invited a new couple to come to church around Christmastime. It changed his direction forever.

“I pushed what I thought was a doorbell but later learned was a light,” King said in one recounting of the pivotal encounter.

A woman came to the door, and King started talking, but she just turned up the palms of her hands. She didn’t understand. She couldn’t hear his words.

The woman, Louise Booth, found a pencil and pad of paper and invited King into the kitchen. There, the 29-year-old minister wrote out his question to her and her husband, Emery Booth: “Why don’t you come to church?”

Louise wrote back: “We can’t get anything out of church.”

The realization was like a light that went on instead of a doorbell. Of course they can’t! King thought. And there must be other people like that.

The pastor made the Deaf couple an offer. “If you’ll come to church,” he wrote on the notepad, “I’ll learn sign language.”

Duane and Peggy King both learned it, and the new skill opened up a ministry. A few years later, King took a position with the First Christian Church of Council Bluffs, Iowa, near the Iowa School for the Deaf. The church supported him as he launched Deaf Missions and planted Christ’s Church for the Deaf in 1970.

The congregation was small—by 1972, there were around 30 regular members—but King preached the gospel, served Communion, baptized new believers, visited the sick, and buried the dead, all in sign.

Once, a wedding at the church attracted national attention when the Associated Press reported on how the ceremony was silent. King asked a Deaf man in sign language if he took a Deaf women to be his wife for better, for worse, for richer, and for poorer.

King still traveled occasionally with the Watchmen, using the opportunity to ask Independent Christian Churches across the Midwest to financially support Deaf Missions.

He and the staff at Deaf Missions also started to develop materials for Deaf Christians. In 1979, the ministry produced its first issue of Daily Devotions for the Deaf. The devotion was published on videotape, using the Japanese technology that was just becoming available in the United States.

The mission has published a devotional for every day over the past four decades, updating the format as video technology advanced. Today Deaf Devo is available as a smartphone app.

In 1981, Deaf Missions took on a more ambitious project: translating the Bible into American Sign Language. King recruited Harold Noe, a Christian Church minister with a doctorate in theology from Drew University and a local access TV show for Deaf children in West Virginia. Noe helped with the Greek and Hebrew. King also recruited Lou Fant, a Baylor College graduate who became a pioneering educator and cofounder of the National Theater of the Deaf, as well as an actor who played a signing preacher on General Hospital and Little House on the Prairie. Fant helped with the ASL.

For a few years, the mission used the video equipment of a local media company and then an Omaha TV station. When new owners bought KMTV in 1987, however, Deaf Mission was forced to buy its own equipment and build a studio to keep filming.

King found the money. And they kept going. For him, it was just another “probortunity,” a word that he told Chad Entinger he invented to describe how God worked.

“God takes problems,” King said, “and turns them into opportunities.”

Entinger compiled a list of King’s sayings, “Kingisms,” that set out his philosophy of ministry:

The New Testament was translated into American Sign Language in 23 years. When it was finally finished, King was speechless.

King retired in 2007, leaving the completion of the full American Sign Language Version to his successor. Entinger, with support from a network of Bible societies and Bible translation ministries, saw the translation through to completion in 2020.

King attended a celebration of the completion of the Bible at Deaf Missions, but he demurred when he felt anyone gave him too much credit for the project that involved 53 Deaf translators working over a period of 39 years.

“If we are successful in anyway,” he told an Iowa TV station, sitting at his kitchen table with his family, “it was God working through us.”

King died on January 25. He is survived by his wife, Peggy King; daughter, Christine Clausen Cannon; and son, J. D. King. At his request, they served ice cream at his funeral.

Died: Duane King, Pastor Who Saw the Need for a Sign Language Bible

Died: Duane King, Pastor Who Saw the Need for a ...