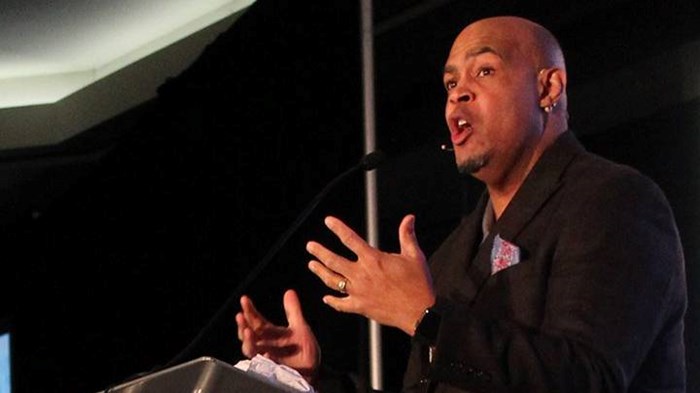 The Southern Baptist Convention’s Executive Committee has appointed Willie McLaurin to serve as interim president and CEO, marking the first time that any entity of the predominantly white denomination has been headed by a Black person.

McLaurin was named just over two years ago as the committee’s vice president for Great Commission relations and mobilization, a new role meant to focus on spreading the gospel and fostering relations with various demographic groups of Southern Baptists.

Prior to his work for the Executive Committee, McLaurin worked at the Tennessee Baptist Mission Board for 15 years and previously held pastoral roles in churches in that state.

The Executive Committee, headquartered in Nashville, has recently faced turmoil over racism, allegations of mishandling sexual abuse claims, and debates about how much access investigators hired to report on those claims will have to past conversations and other denominational communications.

Ronnie Floyd, the committee’s former president and CEO, resigned in October, citing the committee’s decision to waive attorney-client privilege in the investigation as a reason for his departure. The denomination’s longtime general counsel cut ties with the SBC and at least 10 committee members also resigned, citing similar reasons.

“We hope that he will help us to reset the tone by which the EC serves Southern Baptists,” said California pastor Rolland Slade, the Executive Committee chairman, in a statement about McLaurin in Baptist Press, the SBC’s news service. “Immediately before us is the challenge to regain the sense of trust of Southern Baptists.”

Slade, elected in June, is the first Black chairman of the Executive Committee’s advisory board. McLaurin is the first African American executive to lead the staff of the committee. McLaurin, 48, added in a statement that he hopes to build trust as an interim leader of the committee that acts on behalf the denomination outside its annual two-day meeting.

“My prayer is that this season will bring healing and unity to our Convention,” McLaurin said in Tuesday’s announcement. “When we love each other the way Jesus loves people then we create the atmosphere for cooperation.”

In an additional statement, McLaurin said he plans to guide the Executive Committee staff in its day-to-day operations, which include cooperating with the sexual abuse investigation task force and preparing for the annual SBC meeting scheduled for June in Anaheim, California.

“All of us here on this earth are interims, and I am humbled and honored to be selected and wholly dependent on the Lord to carry out His will in this time of transition,” he said.

McLaurin’s appointment cheered Southern Baptist leaders who have long called for greater diversity at the top ranks of the denomination, which dates to 1845.

“To God be the glory,” tweeted Pastor Dwight McKissic of Arlington, Texas, who has urged the SBC to place minorities in top executive positions.

“Now, if the SBC can take the next step & name this highly qualified brother as President, No longer can the Great Commission Council (SBC entity heads) gather to meet, & only one racial demographic is in the room.”

SBC President Ed Litton also hailed McLaurin’s appointment, saying in a tweet that he was an “exemplary choice” and a “faithful and distinguished leader.”