The leader of three Protestant parishes was killed in the incident, which one police official labeled a terrorist attack.
Morning Star News in Lahore, Pakistan |January 31, 2022 02:19 PM 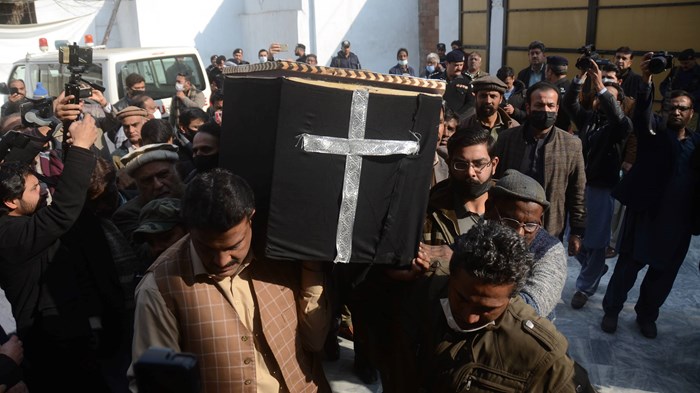 A Church of Pakistan lay pastor was gunned down and a priest wounded by unknown assailants as the leaders drove home from a worship service on Sunday in the northwestern Pakistan city of Peshawar, where Christians had suffered their deadliest attack in the country’s history nearly a decade earlier.

Church of Pakistan Bishop of Peshawar Humphrey Peters said that William Siraj, 75, was shot and died instantly in the ambush in the Gulbahar neighborhood, while Patrick Naeem, 55, sustained a bullet wound but was in stable condition. A third church leader in the car was unharmed, he said.

The Protestant church leaders were returning from All Saints Church parish when two gunmen riding a motorcycle intercepted their car and opened fire on them, Peters said.

“Siraj received one bullet in the forehead and one on the arm and died instantly, while Rev. Naeem received a bullet wound in the hand,” he said. “It’s a miracle that Rev. Naeem and another priest escaped the volley of bullets.”

The assailants fled the scene unchallenged, according to witnesses, Peters said.

Siraj was a senior lay leader and led worship at three different parishes while Naeem was the priest of the All Saints Church parish, Peters said. 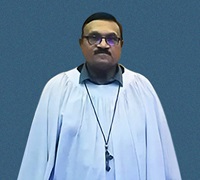 “Siraj had lost his son-in-law in the gun-and-bomb attack on Peshawar’s All Saints Church in 2013, in which over 70 worshippers were killed and 100 others were wounded,” Peters said. “He is survived by his wife, a son, and a daughter. This is a very tragic loss for our church.”

The church leader said that security agencies had issued no terror alerts for the area since the Christmas season.

“The last time we were notified about a security threat was during Christmas days,” Peters said. “This brazen attack has shocked the entire community, and we demand justice and protection from the government.”

Anglican Church of Pakistan President Azad Marshall strongly condemned the targeted killing of the church leader and called for enhanced security measures for Christians across Pakistan.

“Though no outfit has yet claimed responsibility for the attack, it looks like the handiwork of anti-Pakistan militants,” Marshall told Morning Star News. “Our people have been targeted several times by militants in recent years, and there has been a broader increase in violence since the Pakistani Taliban ended a ceasefire with the government last month.”

Church leaders were concerned when the government announced peace talks with the militants had broken down, he said.

“As soon as the talks broke down, we have witnessed a sharp increase in terror attacks both on civilians and security forces,” Marshall said. “It’s important that our armed forces should contain the terror threat before it spirals out of control again.”

Chief Minister of Khyber Pakhtunkhwa Province Mahmood Shah also condemned the attack and directed police to find the culprits as soon as possible. In a press statement, Shah offered his condolences to the Christian community and the family of the deceased and said he prayed for the swift recovery of the injured priest.

Addressing reporters at the scene of the crime, Peshawar Police Chief Abbas Ahsan said the attack on the Christian community was tragic. There were two assailants in what he called a “terrorist attack,” and an investigation is underway, he said.

Ahsan said that police have identified perpetrators of previous attacks targeting minorities and that the same will happen in this case.

“We are determined to protect our minorities,” the police chief said, adding that officials from the Counter Terrorism Department and Peshawar police had been formed to investigate.

Pakistan Tehreek-e-Insaf provincial lawmaker Wilson Wazir said that the deceased pastor did not face any threats and was coming and going freely.

“Police are investigating the incident and will reach the perpetrators soon,” he said.

“Terrorism that targets anyone, especially for their faith, is heinous and must be fought against with the full force of [a] clear, concerted policy and state power. No compromise, no equivocation,” she said in a tweet.

Pakistan had the second-highest number of Christians killed for their faith, behind Nigeria, in Open Doors’ 2022 World Watch report, with 620 slain during the reporting period from October 1, 2020 to September 30, 2021.

Pakistan had the fourth-highest number of churches attacked or closed, with 183, and overall it ranked eighth on the list of the 50 countries where it is most difficult to be a Christian.