The pastor was “not a kingmaker” but called Christians to see social issues as God testing the church.
Daniel Silliman|January 28, 2022 06:00 AM 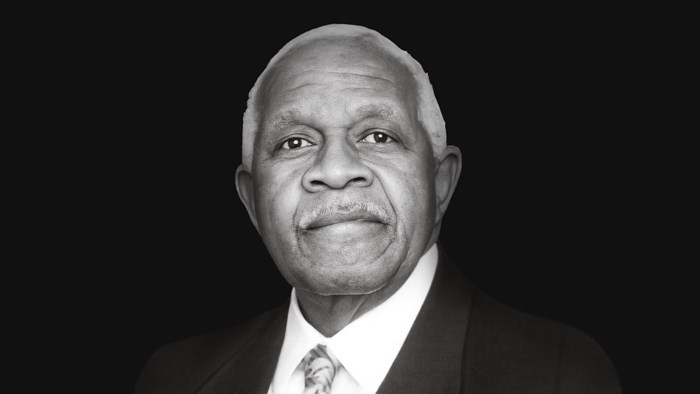 Image: Courtesy of the Shine family / edits by Rick Szuecs

A conservative commentator on Fox News once dismissed Robert Shine Sr. and the impact of the group of Black Christian clergy he led in Philadelphia with a wave of his hand.

“They’re not kingmakers,” he said. “They probably lose more than they win.”

“We represent the kingdom of God,” he told a Philadelphia newspaper in 2002. “We are the voice calling for conscience, appealing to do the right thing.”

Shine, who spoke out for “the least and the last and the lost” for more than 40 years, pastored a Black Baptist church in the East Germantown neighborhood for more than 30, and taught pastors and deacons at a Bible institute for more than 20, died at home on January 4. He was 82.

“He was truly a man of God who loved doing what God called him to do, and that was pastoring, teaching and working for social justice,” Michael W. Couch, a fellow pastor, told ThePhiladelphia Inquirer.

Shine was born on August 4, 1939. His parents, Benjamin and Estelle Shine, raised him and his 15 siblings in Germantown, the historic Philadelphia neighborhood that gave birth to the American antislavery movement.

He knew early on that he wanted to be a preacher. At 8, he climbed up on a milk crate on a street corner and delivered his first sermon. He was baptized at a Baptist church at 11 and ordained a deacon at 20.

After high school, Shine took classes at La Salle University’s business college and worked as an evangelist with a group he helped organization called Christians United Reaching Everyone.

Shine earned a degree from Manna Bible Institute in 1971. The unaccredited Bible college describes itself as offering an education “built on the full authority of the Bible as the written Word of God and dedicated to God’s glory.” It was founded to serve people who couldn’t afford a formal seminary education. Many classes were offered at night for working students seeking a “Christian worker” or “standard Bible” degree.

Shine was ordained after graduation and immediately began pastoring a local Baptist church. The congregation couldn’t pay enough for him to provide for his young family, though, so the 31-year-old pastor took a second job as a janitor, first at Prudential Life Insurance and then at Merck Pharmaceuticals.

It was at the multinational pharmaceutical company—mopping floors, cleaning toilets, and emptying trash—that the bivocational pastor started turning his attention to social justice issues. He and 12 other employees joined together and sued the company for racial discrimination, alleging it gave preferential treatment to white people in hiring and promotion. In 1976, Merk settled the suit, committing $3.2 million to a fund for minority training.

A few years later, the AIDS epidemic changed how Shine thought about social problems. When the first few cases were diagnosed in the city in 1981, he thought the disease was God’s punishment for gay men.

He looked at how God sent 10 plagues to Egypt and leaned on Amos 3:6: “Shall there be evil in a city, and the Lord hath not done it?” (KJV). Then, looking more closely, he became convinced that one key reason God sends evil to a city is to challenge his people. Shine was convicted that AIDS was sent to test the church, and the church was failing.

“Evil … tends never to recede until the church draws its sword,” Shine wrote in The Philadelphia Daily News. “If the church could be more compassionate and less judgmental, we the church would be far more helpful in reaching those whose souls are perishing from this evil. As the Apostle James writes, ‘Mercy triumphs over judgement’ (James 2:13). And surely mercy suits this cause.”

In 1996, Shine became the chair of social action committee of the Black Clergy of Philadelphia & Vicinity. In that role, he became a leading voice on social justice issues in Philadelphia, speaking out against racism, police violence, state-sponsored gambling, and violence against Asian Americans.

Regardless of the issue, Shine maintained that social problems were an opportunity for churches and ministers to stand up and speak with moral authority. The root cause of many problems, he said, was silence from the church.

“The reason racism has continued so long,” he said in 2000, protesting police brutality against a Black suspect, “is that certain pulpits have been quiet too long.”

Shine was elected president of the Black Clergy of Philadelphia in 2001. He also served with the Philadelphia Martin Luther King Jr. Association for Non-Violence and the Pennsylvania Statewide Coalition of Black Clergy.

However much time Shine spent on social activism, he continued to focus on strengthening the church. One way was his ministry at Manna Bible Institute, where he taught and served as chair of the board as the school went through a difficult time.

Manna was forced out of its five-building campus in the 1990s because of plumbing and heating problems. The school moved three times and then had its building go up in flames when a group of teenagers set it on fire. (Manna officials intervened with a local judge not to send the boys to prison but instead arrange a plan of mentorship and restitution.)

The institute moved nine more times before finding a home in North Philadelphia in 2011. Shine said the leadership of the school believed it was important Manna remain in the city “to provide that additional opportunity to strengthen our churches and leaders at a cost that is affordable.” At the time, at least 100 pastors in Philadelphia had been trained at Manna.

Shine also pastored Berachah Baptist Church from its founding in 1985 to the summer of 2021. He preached a final one-hour sermon the day before he died. He told his congregation about his cancer treatment and preached on Christ’s incarnation and the final judgement.

“Some of us have the mindset we can do whatever we want to do and call it ‘Christian.’ But if it’s not doing the will of God, then it becomes self-will,” Shine said. “Whatever you have left undone, your record is on high now. You can’t reach it. You can’t amend it. You can’t send any notice to the secretary of heaven. … The record is sealed and will be sealed until the day the Lord comes and the book will be open.”