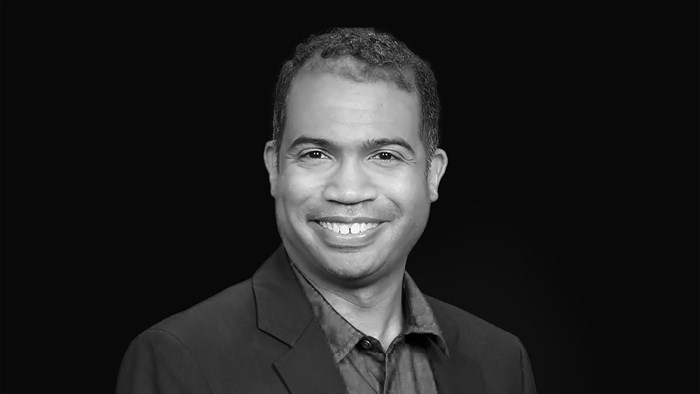 Carey Latimore IV, a Baptist minister and a historian who studied how Black people persevered by faith, died unexpectedly on Tuesday at the age of 46.

Latimore was a beloved professor at Trinity University, in San Antonio, Texas, where he taught on the African American experience. Students were drawn to his enthusiasm and were frequently found in his office, discussing what they were learning in his classes and in the research projects he organized, like an oral history of race relations in San Antonio.

Latimore also actively found ways to bring his scholarship to the public. He appeared frequently on local TV, started a civil rights institute in downtown San Antonio before the pandemic, worked with the Alamo Citizen Advisory Committee, and wrote devotionals for Our Daily Bread.

In the last few years, he became an important resource for those seeking to understand the significance of Juneteenth, the holiday celebrating the end of slavery in America. Latimore was especially adept at explaining the religious significance and encouraging Christians and the church to embrace Juneteenth.

“I think Black people in their faith were kind of presenting a mirror and a window into the essence of the gospels that many people have forgotten or left behind,” he told Rasool Berry, pastor of The Bridge Church in Brooklyn, New York, on the Christianity Today podcast Where Ya From? “On Juneteenth, people start talking about what we can be, what we can do. What we have done. It’s an inspiring moment because we think of the possibilities.”

The people who worked with Latimore were shocked by the news of his death. They mourned both loss of a public scholar and a personal friend.

“He led with his head and his heart,” said San Antonio TV news anchor Steve Spriester. “It is the ultimate understatement to say that Carey Latimore will be missed.”

When his death was announced at a Alamo Citizen Advisory Committee meeting, people gasped, according to the San Antonio Express-News.

“He was able to hear all sides and try to bring us to a stronger place,” Aaronetta Pierce, one of three chairs of the committee that was working to expand, improve, and complicate the history recounted at the Alamo as part of a $400 million makeover. “I hope that as we continue in this project, we take Carey with us, and his thoughts, and that some part of him helps us to get to the place where we have to get to in order to have a shared history and project.”

Latimore was born in Saluda, Virginia, in 1976, a rural community about 18 miles upriver from where the Rappahannock empties into the Chesapeake Bay. His father, Carey Latimore III, owned a fiberglass repair shop, fixing semi trucks that Latimore, as a child, imagined driving across America.

“I loved the huge rigs,” he once told the Trinity student newspaper. “Traveling the country, hanging out at truck stops and hearing the stories, and using a CB radio. Wow—just wow.”

While Latimore could only dream of the oral histories offered up at truck stops, he started to notice the stories that were told at the family’s Antioch Baptist Church, the oldest Black church in the county, founded right after the Civil War. Latimore’s mother, Ann Stephens Latimore, directed the choir, and during Black history month, the church sang spirituals and acted out the stories of great Black Christians from history.

Latimore learned how many Christians like his mother “grew up in the underbelly of the Jim Crow South” but persevered by faith. Latimore said his mother, who died in 2018, “boldly proclaimed the gospel of Jesus Christ her entire life.”

Latimore began to study this history more seriously in college. He attended Rappahannock Community College and then the University of Richmond, where he majored in history. Latimore then went on to graduate studies at Emory University, writing his doctoral dissertation on how free blacks in the Richmond area experienced the end of slavery.

In 2004, Latimore took a position in the history department at Trinity. He told administrators that he had prayed about it and believed God wanted him to be there.

Latimore quickly connected with students and threw himself into teaching. He won the school’s most prestigious faculty award for his success as a mentor.

According to those who worked with him, Latimore’s call as a minister and his work as a historian were deeply integrated.

“His being a Baptist minister was really central to everything, “almost as if his professorship satellited out from that, because it informed how he did everything,” said Donna Guerra, who worked with Latimore on an archival project. “He was very beloved.”

Latimore started writing more about Black Christians and their faith during the pandemic, working on a popular book that would recount the histories of lesser known African Americans and drawing devotional lessons from their lives. Working on it was, at times, a religious experience. On his Facebook page, he described how the Holy Spirit was guiding him and how he was moved, writing about civil rights leader Mary McLeod Bethune, to worship God.

“As I sit in my seat typing notes of her life,” he wrote, “I feel an urge to get out of my seat and lift my hands to heaven and praise God.”

Our Daily Bread published Unshakable Faith: African American Stories of Redemption, Hope, and Community at the start of 2022. The book starts with Cyrus Bustill, who was freed from slavery in New Jersey before the American revolution, and preached to free blacks about the importance of forgiving enslavers and recognizing God, not benevolent white people, as the true author of freedom. It continues, recounting a chronology of committed Christians sustained through faith down to Chance the Rapper, who described his 2016 mixtape “Coloring Book” as the declaration of a Christian man.

“To be American and Black. Faith has been the glue that ties our twoness,” Latimore wrote. “Unshakable faith has sustained us in this struggle. The faith stories of our ancestors provided the rocks from which our pillars of faith are secured. … We must invite the Holy Spirit to guide us to greater wisdom and toward redemption.”

Latimore and his wife, Almie Pachoco-Latimore, recently built a house outside San Antonio. They planned to surround it with flower gardens. The cause of his death has not been stated.

Latimore is survived his wife, his sisters Kimberly and Kerri, and his father Carey Latimore III. Trinity is planning a memorial service for the fall.