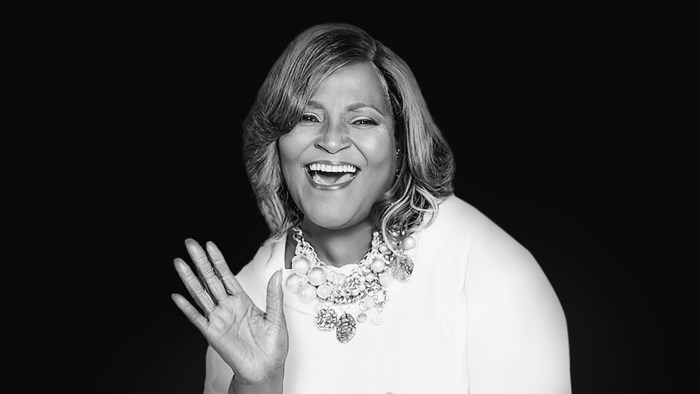 LaShun Pace sang of God’s power. With a voice that could hold an angelic note or drop down to a sinner’s growl, she declared the Lord’s victory on a revival circuit in the 1970s, on the Billboard charts in the 1990s, and on TikTok in the 2020s. She sang of a God revealed in times of trouble—belting it out, even as she went through her own unbearable suffering.

Pace, a founding member of the Anointed Pace Sisters and a solo gospel singer with eight studio albums, died on March 21 at age 60.

She was remembered as the voice of the Black church experience, one of “the greatest singers to ever touch this planet,” and a gospel music legend.

“My mother was a genuine, authentic woman of God,” daughter Aarion Rhodes told an Atlanta TV news station. “She sang the Word of God. She preached the Word of God. But more importantly she lived it.”

Tarrian LaShun Pace was born on September 6, 1961, in Poole Creek, Atlanta, a Black community that would disappear almost without a trace with the expansion of the Hartsfield-Jackson Atlanta International Airport. Her father, Murphy, worked as a carpenter. Her mother, Bettie Ann, cleaned classrooms at a school. Both parents were active ministers in the Church of God in Christ (COGIC).

Pace was the fifth of 10 children. She had one brother, Murphy III, called M.J., and eight sisters: Duranice, Phyllis, June, Melonda, Dejuaii, Leslie, Latrice, and Lydia.

When the large and growing household started to get out of control and some of the older children started to get in trouble, Bettie Ann prayed for help. She felt God tell her to gather the children to sing.

“And so she did,” Pace later wrote in her memoir. “God moved through her crying out and praying to him.”

The girls soon formed a gospel group. They sang at church and around the Atlanta area and won a national COGIC award for best gospel group. Then they went out on the road with Gene Martin and the Action Revival Team. Martin had worked closely with A. A. Allen, a white faith healer with racially integrated meetings, until Allen died in 1970. Martin traveled a circuit of Black churches and camp meetings, holding revivals that focused on music and preaching. The Paces joined around 1977 and became known as the Anointed Pace Sisters.

By the time LaShun Pace was in her 20s, she was also working with major up-and-coming gospel musicians, including Edwin Hawkins, best known for his arrangement of “Oh Happy Day,” and Jonathan Greer, known for the COGIC standard “Just Jesus.”

Pace got married to a gospel music manager named Edward Rhodes Jr. at 25. When the minister at the Black Baptist church asked, “Who gives this woman to be married to this man?” her father said, “I do.” But he didn’t let go of her right away. Later she would wonder if he knew the marriage was a bad idea.

Within a year Pace discovered that her husband was cheating on her with men. She found a love letter from a boyhood friend, and when she confronted him, Rhodes confessed to having 10 or 12 homosexual affairs, including several men she knew.

In 1986, Pace writes in her memoir, Rhodes was diagnosed with HIV, the virus that can cause AIDS.

The couple nonetheless tried to make their marriage work, and Pace got pregnant with her daughter Xenia. Pace and Rhodes continued to argue and fight, however, disagreeing about everything at home and almost everything in the studio.

“I would see myself and I hated what I saw,” Pace wrote. “We were supposed to be Christians, saved people, not carrying on like sinners, but we were and we did.”

Pace didn’t tell her mother what was happening but went to her one day and asked for prayer. Bettie Ann came back and said she’d heard from the Lord: “The Lord said you can’t depend on mother’s prayers anymore but now you’ve got to know him for yourself.”

As Pace continued to struggle in her marriage, she produced her first solo gospel album, He Lives. She praised God for his power in her life.

The album went to No. 2 on Billboard’s gospel charts.

He husband continued to cheat and the couple continued to fight, however, until Pace asked God to let her out of the marriage.

“God, Lord please forgive me,” she prayed. “But I can’t take this no more.”

She immediately felt a divine assurance that God was going to take care of her.

She had her second child without her husband—her sisters gathered around the delivery room singing “Amazing Grace” while she gave birth to Aarion—and then went on to make her second album, Shekinah Glory. The album went to No. 5 on the Billboard charts.

Pace believed that whatever happened, the Holy Spirit would carry her and she would continue to praise Jesus. In 2007, she told the Atlanta Voice that the pain in her life had only drawn her closer to God.

“It has helped me know God a little better,” she said. “I’ve grown closer to him and learned to listen to him and watch for the signs that he gives.”

Pace started struggling with her health in the 2010s, though she continued to sing in church. In 2022, a snippet of her 1996 song “Act Like It” went viral on TikTok. It appeared in hundreds of thousands of videos, briefly reviving interest in another album, before Pace’s health further declined.

Pace is survived by her daughter Aarion and seven of her sisters. A funeral is planned for April 2.