In the ongoing tension between religious liberty and LGBT rights, the Department of Education and CCCU win one victory.
Emily Belz|January 13, 2023 03:00 PM 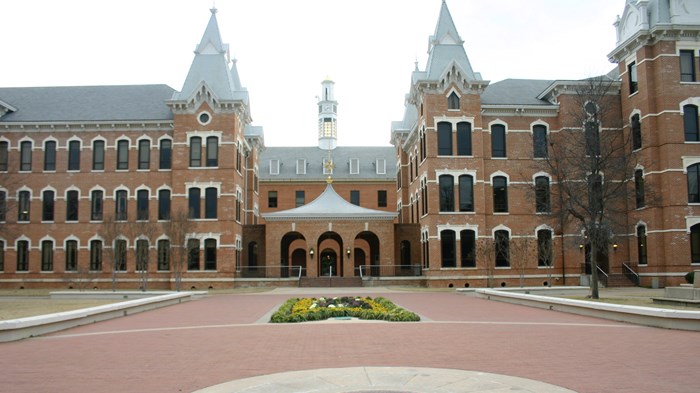 Image: Courtesy of Wikimedia Commons
Baylor University is a CCCU collaborative partner and one of the schools named in the lawsuit.

A federal judge in Oregon on Thursday dismissed a lawsuit challenging religious exemptions under Title IX. The decision comes as a win for Christian colleges that had joined the US Department of Education (DOE) in defending the exemptions in areas where their theological convictions on LGBT issues conflicted with the anti-discrimination law.

A group of 44 current and former students at religious schools filed a class-action suit arguing that the religious exemptions were incompatible with LGBT rights, and that LGBT individuals were exposed to “unsafe conditions” at religious schools. The lawsuit alleged that through the exemptions, LGBT discrimination was effectively “endorsed by the federal government.”

The students challenging the exemptions were from 31 schools, 22 of which were part of the Council of Christian Colleges and Universities (CCCU), including Baylor University, Oklahoma Baptist University, Moody Bible Institute, and Fuller Theological Seminary. The CCCU joined the lawsuit, Hunter vs. US Department of Education, on the side of the DOE in May 2021.

Though the CCCU advocates a sexual ethic of marriage between a man and a woman, the CCCU in court filings denied that its schools “abuse or provide unsafe conditions to thousands of LGBTQ+ students, or injure them mind, body, or soul, but rather seek to minister, support, and care for them physically, emotionally, socially, and spiritually.”

In the case documentation, LGBT students stated how they had been mistreated at religious schools, in some cases including conversion therapy. The judge acknowledged those accounts but did not find a legal basis for abolishing the federal exemption.

“Plaintiffs have failed to demonstrate any impermissible purpose Congress had in enacting the religious exemption, especially in light the Supreme Court’s decision in Amos and other cases upholding religious exemptions,” wrote Judge Ann Aiken in her 40-page decision.

Title IX is the federal statute that prohibits discrimination in federally funded education programs. Religious schools have narrow exemptions to Title IX in areas where the statute specifically conflicts with one of their religious tenets.

“This is a huge win for religious higher education,” said CCCU president Shirley Hoogstra in a statement. “Judge Aiken’s decision based on strong legal precedent reaffirms the constitutional rights of our institutions to live out their deeply and sincerely held religious beliefs, both in policy and in practice.”

The umbrella organization for the students, Religious Exemption Accountability Project, said it was considering options for appeal. One plaintiff in a press release from the organization said the decision was a “devastating blow,” and another added, “our fight is far from over.”

“Because of today’s decision, tens of thousands of LGBTQIA+ students across the country will continue to be discriminated against at universities receiving taxpayer money,” the organization said.

The almost-two-year litigation was more protracted than lawyers involved expected, and Aiken’s comments at a status conference last year led the CCCU lawyers to wonder whether she might allow some of the claims to proceed, according to one lawyer involved.

“While we thought we had the law and the facts on our side, we were a bit surprised at the rather clean victory for defendants here,” Nick Miller, one of the lawyers for the CCCU, told CT.

The CCCU lawyers believe the Respect for Marriage Act helped their case, though the CCCU did not endorse that legislation. When the law passed in December, the lawyers submitted a supplemental brief to the judge on the implications of the act and how it showed that a Democratic-controlled Congress and White House affirmed their arguments about religious protections.

“It is possible that this filing helped convince the court of the outcome it reached here,” said Miller, who noted that the RMA would apply only to cases brought under it. “Our argument was not that RMA controlled our case but that it showed how both the Congress and White House thought about constitutional and fair balancing in this field. It was of persuasive value, if you will. And it appears to have been persuasive.”

The supplemental CCCU brief on the RMA notes that its passage showed “all three branches of the federal government have now recognized that, while governments must respect same-sex marriage, private individuals and institutions must be allowed to believe, express, and live according to their own convictions regarding marriage and sexuality without losing government benefits or being subjected to official discrimination or any other governmental disability.”

Miller said he assumes the students will appeal and perhaps file cases directly against the schools.

“So we view this as the victory of a battle–an important one–but the overall conflict will continue,” he said. “We are very much in favor of legislative balancing act agreements, such as found in the Marriage Act, that would resolve these issues fairly, without spending so much time and effort on litigation.”

This article has been updated to correct that it was Oklahoma Baptist University, not Oklahoma Christian University, that was one of the schools named in the lawsuit.