Image: He Gets Us

When Pastor Bill White of Christ Journey Church Miami first noticed the He Gets Us ads and billboards popping up everywhere, he didn’t quite, well, get it.

"This campaign felt gritty and raw,” White said. “Not really like me.”

With videos titled “The Rebel,” “Outrage,” and “The Struggle,” it’s not hard to see what White means. Cinematically, the ads are surprising, filled with black-and-white imagery and intense musical scores. The production quality is high, even while the tone is notably different from what many would expect from a Christian campaign.

But the ads have been impactful. Since the spring of this year, He Gets Us videos have made nearly 6.5 billion (yes, billion) impressions. They’ve been watched over half a billion times on YouTube alone. As of writing this, the He Gets Us ads garner over 1.3 million viewers every single day across HeGetsUs.com YouTube, and other sites.

And White has figured out why: “The people we reach are living in a gritty, raw world, and He Gets Us is built to meet them where they are."

Bringing Jesus to the Masses

Since launching in early 2022, He Gets Us has exploded on the scene. The creative experts behind the project, which began as a $100 million dollar campaign, cite major brands like Old Navy and Mercedes-Benz when describing the scope and execution of its rollout. There are billboards, Super Bowl commercials, a 13-stop college football tailgate tour, and a remarkable internet presence that spans far beyond YouTube, branching into the modern public squares of Meta, Snapchat, Reddit, and Instagram with plans to expand into TikTok and more.

In other words, He Gets Us is everywhere. And that’s exactly the point.

From pastors of local congregations to leaders of large ministries, Christian leaders see the campaign as a new, purposeful way to connect with the people they serve—and the people they’re yet to serve. “Making Jesus our headline, delivered in a relevant way that speaks to our culture . . . it's what the church needs,” says pastor, author, and podcaster Carey Nieuwhof. Ed Stetzer, Executive Director of the Wheaton College Billy Graham Center, echoes Nieuwhof, adding that the He Gets Us campaign is “pushing past preconceived notions that normally allow people to dismiss the Christian message." In doing so, the campaign empowers pastors and leaders to engage in rich conversations about the person of Jesus with Christians and non-Christians alike.

Video ads are just one way He Gets Us is accomplishing its goal. Take the tailgate tour, for example. This year, He Gets Us staff interacted with football fans at some of the country’s most iconic game days, hosting photo booths, giveaways, and, most notably, challenges that inspire small acts of confounding love, like taking a photo with a fan from the opposing team. These efforts underscore an important truth: Jesus’ life of hospitality, connection, and friendship should be emulated.

So what happens after people connect with the campaign? In a two-month stretch, Meta alone drove nearly 2.4 million visits to HeGetsUs.com. There, visitors read articles like “Jesus was fed up with politics, too,” and “Jesus invited everyone to sit at his table.” The site directs readers to view Bible reading plans hosted on YouVersion that are designed to invite people to explore more about the person of Jesus. Visitors can also ask to be connected with someone local—with nearly 6,000 churches that have reached out to over 45,000 people so far.

He Gets Us is meeting people where they are. Kevin Palau, President & CEO of the Luis Palau Association, says that the campaign is “giving people the chance to take small steps in understanding the Jesus of the Bible, with the prayer that many will come to know him for themselves." The widespread presence of the He Gets Us campaign is sparking a national dialogue—one that all believers can take part in by talking about the ads with their friends, family members, and coworkers.

The best part? This is just the beginning. In 2023, HGU’s presence will expand even further. More and more people will be invited to learn more about Jesus, so now is the time for Christians to be ready for these conversations.

Are you a pastor or minister?

Are you a Christian who loves someone who is spiritually open but skeptical?

Want to show your people that you’re part of the mission? 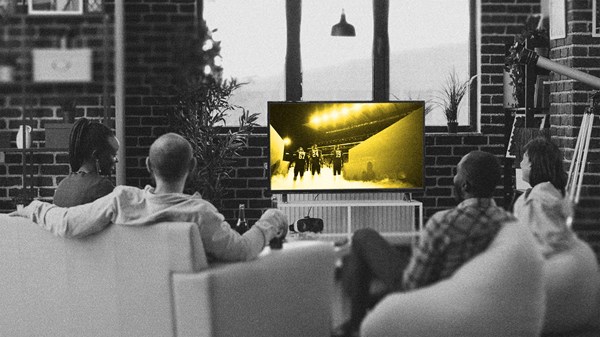 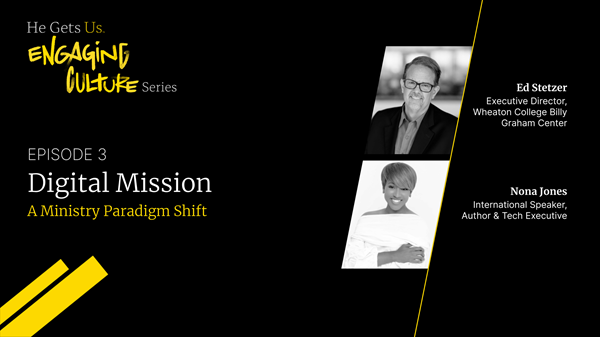 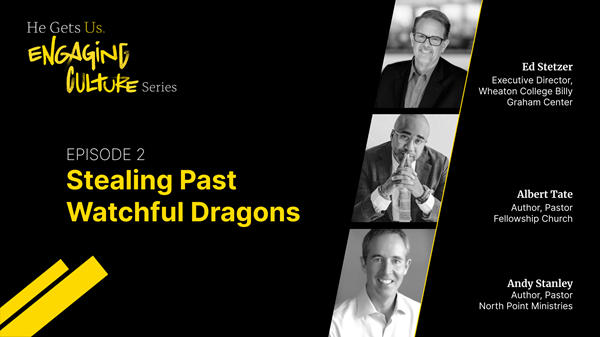