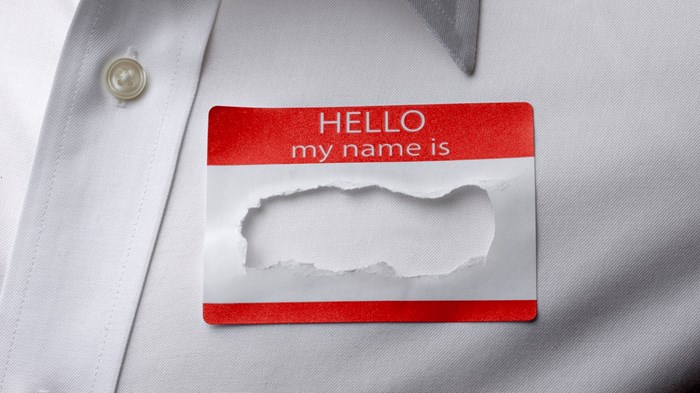 "I move that we table the whole thing and stay with Full Gospel Tabernacle."

The fourth ballot of our vote to change the church's name was being counted. Little change in the totals had occurred in the first three ballots. The votes were split among the three choices: the current name—Full Gospel Tabernacle—and two others that represented nearly a year of committee and congregational effort.

A minority still much preferred Full Gospel Tabernacle. Three votes with no resolution was enough for them to conclude that our congregation, which usually finds agreement quickly, simply wasn't ready to change names. The name had served us 60 years, and it would serve us for many more.

Others saw this meeting as the strongest expression of growing dissatisfaction with our name.

As I umpired the debate, my heart sank. If we tabled the motion, it would likely be years before we would bring it up again. All the careful effort to find a new name would be canceled. The debate grew more heated. I tried to think of alternatives. If only the tellers would come out with a vote that showed some movement, I thought. But the discussion ended with no teller in sight, and now we had to face the motion to table.

Why go through all this? What's in a name, that church leaders would risk harmony to change it?

Some names signify simply place and denomination, such as Lake Avenue Congregational Church or Thomas Road Baptist. Some, such as Community Bible Church, open broader doors. Some hold out a spiritual ideal: Church of the Open Door or The Lighthouse. Some offer combinations: Our Savior's Lutheran. And some contain nearly an entire system of theology: Pillar of Fire Mount Zion Holiness Fundamental Church.

Names, of course, are only what we make them. The reality behind them is what counts. An unwieldy name must be classified along with a poor location or run-down facility as something that can be eclipsed by love, integrity, and effort. But a good name is better than a bad one. It is one less bit of baggage to carry in reaching the community. And a great name can even help.

I've talked with several pastors who felt good about having changed their church names. They usually offered these reasons for doing so:

Change of location. When Elm Street Methodist moves to another street, it will need either to change its name or suffer from confusion.

Denominational shift. If you are no longer in a group, you can hardly continue to use the group name.

A new name sets a direction. Sometimes a change broadens the church image, such as using a name like Community Church or Christian Center instead of a denominational label, or taking a regional rather than one-town focus (Valley Bible Church rather than Harperville Bible Church).

Sometimes a name calls the congregation to a Christian ideal. Church of the Living Christ, Hope Fellowship, and many organizations (Church of the Brethren, the Assemblies of God, the Church of the Nazarene, and so on) chose names to give focus to a truth.

In our case, I was convinced Full Gospel Tabernacle no longer communicated well (reason 3). A 60-year-old Assembly of God in the oldest part of Fresno, our church was known by older folks, the already churched, and the people near it. In the newer area of town nine miles away, where I lived, I often heard, "What kind of church is that?"

Full Gospel is a term of importance in the Pentecostal heritage, and Tabernacle is solidly biblical, but both require explanation to contemporary Americans. It is work enough to explain the gospel, let alone a church name, so I felt our label needed changing.

The legislature of nomenclature

Agreeing on a new name takes the most delicate change agentry. No matter how wise or well deserved the change, if a vocal group feels strongly the name should remain, the task can be touchy indeed. This is especially true in churches that, like ours, are governed congregationally. The entire church must approve the name, usually changing the constitution in the process.

This meant the usual meeting announcements, printed name suggestions, two-week warnings, and congregational meeting. But our process began much earlier and included the baggage of several unsuccessful efforts. Years before, a previous pastor asked at an annual meeting, "Shall we change the church name?" Not wanting a pig in a poke, the people voted a thunderous no.

At the start of the meeting, we proposed to broaden the title to City Center Church, subtitled Assembly of God. After a full, pleasant discussion, the vote came in—only 52 percent favored the proposed name. My assessment was that we were open to change but didn't feel enough ownership of or affection for the one name proposed. Someone moved that a committee, composed of some board members plus others representing various ages or interests, screen possible names and offer the best choices—including the current name—at the annual meeting in February. This passed easily.

Our board appointed a woman in her 20s, a retired woman, and a businessman to join three board members. Throughout the fall they talked with groups and individuals. In January 1983, they presented the leading six names in a letter to both members and adherents, asking each person to indicate first and second preference. We published the top picks the required time before the February meeting: The City Church (Assembly of God), City Center Assembly of God, and Full Gospel Tabernacle Assembly of God.

Three ballots into the voting, City Center Assembly of God and Full Gospel Tabernacle were ahead, but neither had garnered the necessary two-thirds majority. Then came the motion to table. On a voice vote, the congregation sounded evenly divided. A division of the house, though, showed clearly the majority wanted a decision. Providentially, when the teller gave me the results on the fourth ballot, we had become City Center Assembly of God.

The mechanics of implementing a name change take some time. First, we checked with the state to make sure no one else had the name, then had the articles of incorporation with the state adjusted. The IRS was notified, as it must be by law, and regional and national denominational authorities were alerted. Locally, we changed our name on our deed and city permits. Also, our accounts with utilities and businesses had to be adjusted (especially our listing in the phone directory).

The fun side is the opportunity for publicity. We set the official change for May 1983. This gave us time to redesign stationery and bulletins with a new, appropriate logo—our steeple set against the Fresno skyline. We trumpeted the change in the newspaper and had the mayor make an appearance on the change day, and I began a series of messages on "The Church and the City."

The negative fallout can be predicted. Confusion abounds over even the simplest of new names. Ours wasn't simple, so it was misspoken, privately and publicly, in nearly every conceivable way. Our bookkeeper totaled 21 different ways checks were written to us! Five years later, we still get bills with the old name. Even I still slip and use the old name at times, but all the confusion does taper off.

Do people leave because of a name change? Some disliked the process, feeling a loss of power. Others disliked the new name, as they would have disliked any new name. No one left just for this, though some who left our church during the next year included this among other reasons.

The positive results have made the move well worth the effort. Our new name has been associated with successful ministries directed to our neighborhood, one of which, an afternoon program for latchkey kids, received full-page newspaper coverage. We have hosted a homeless ministry, helping them evolve into a solid church. Certainly no one, upon hearing our name, has fallen upon their knees in repentance, but the name has helped give us a climate of openness and mission.

The angel of the church in Pergamum was told that the one who overcomes will receive "a white stone with a new name written on it" (Rev. 2:17). That will be a name worth having! Until then, God will help us find the best one for this age.

C. David Gable was pastor of City Center Assembly of God in Fresno, California, through the 80s.

Published from the housetops?
Seeking Eyes and Ears
On publishing scandals and a pastor’s heart to be heard.
Mandy Smith
Trending

News
White Evangelicals Are Actually for Trump in 2020, Not Just Against His Opponent
Polls show faithful supporters no longer see the Republican incumbent as the “lesser of two evils.”
Kate Shellnutt
From the Magazine

Testimony
I Took Drugs to a Church Conference. Then God Found Me.
My fierce resistance and indifference didn’t stop the Spirit.
Fady Ghobrial
Editor's Pick