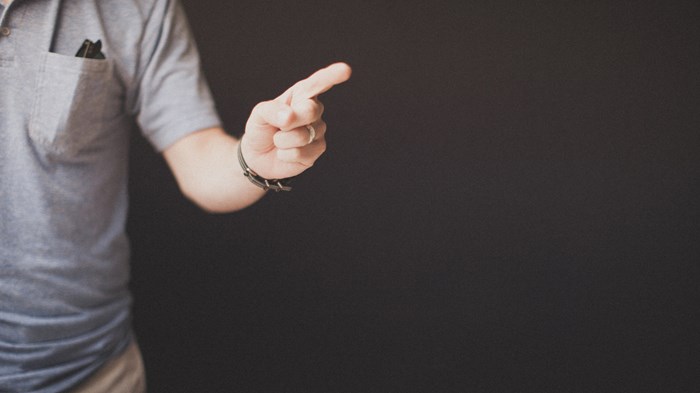 "I need advice," Dave began our conversation. Dave is like many pastors who call Metanoia Ministries for counsel about how to handle conflict in their church.

Dave told me about Tom, a founding member and retired businessman in his church. "He acts like he is the boss and I am his employee," Dave explained, "constantly telling me what I did or said wrong."

"I'd like to tell him off," Dave admitted. "But I'm trying to extend grace. I pulled him aside after service last week and said I'd like to talk to him. I mentioned that his words to me were discouraging. Tom immediately became defensive, telling me he is a 'straight-shooter.' He said that I needed more 'backbone,' or I would not last long as pastor.

"This morning Tom sent me an e-mail warning me that he will be dropping by later today to discuss 'serious concerns about my preaching and leadership,'" Dave told me. "My stomach is tied up in knots. I know I need to confront Tom, but he has a history of being argumentative and manipulative.

"What do I do?" Dave asked me. "How do you confront a critical and defensive person?"

We talked on the phone awhile longer. I explained how defensive people are good at seeing the fault of others while failing to see their own. When confronted, defensive people will always find ways to disagree. If they cannot win they will feign hurt, blaming you for "judging" their hearts.

"Dave," I said, "to confront a defensive person like Tom, you must first understand why he needs to be defensive." I told Dave to spend some time in prayer asking God for wisdom and insight.

We talked about other encounters people had with Tom. I explained that often people like Tom put on an outward bravado in order to mask a deep insecurity. They may be afraid of close relationships. Being critical and defensive lets them change the conversation away from their own inadequacies to the failure of others. Defensive people instinctively set up conversations to protect themselves. "Understanding why he is doing this will help you minister to Tom's inner soul while correcting his outward behavior," I said.

I reminded Dave that to be redemptive, a leader must discern, describe, and lovingly invite the person into change.

Here are seven steps for encountering a defensive person.

1. Move toward, not away. Your first inclination will be to move away, to ignore, or to isolate him. This is wrong. Always move toward a defensive person, not away. Defensive people want to be distant; they want to think in extremes. Moving away provides emotional distance for the person to hide; it confirms this suspicion that you will not listen, that he is right and you are wrong.

2. Engage relationally. Greet the critical person with a question like "What do you do for fun?" Whatever he says, make a date to do that with him. Show interest in him as a person. Ask about his marriage and his family. Typically, defensive people have great difficulty giving and receiving love, which is why they elevate opinion and loyalty over relationship and reconciliation. This will be evident in their friendships, marriage, and family. Empathize with the trail of broken relationships you are likely to find.

3. Bless and affirm. Jesus said, "Bless those who curse you, pray for those who mistreat you" (Luke 6:28). Defensive people only know negative affirmation. Bless and affirm his gifts. Recognize that he believes his cause is right and just.

4. Be direct. While affirming, state truth directly. Speak to Tom personally. Do not respond by e-mail. And when the language becomes hurtful, I suggested that Dave say: "What you have to say, Tom, is important. But the way you say it causes problems."

5. Find agreement. The greatest mistake leaders make is to engage a defensive person on issues of disagreement. Arguing with a defensive person always ends up in frustration and confusion. In fact, the problem escalates as each side responds to the accusation of the other. Therefore, find facts, methods, or events where you agree. When wrong, apologize. Allow Tom's explanation to be one possible conclusion then focus on fruit, not facts.

6. Follow the fruit. Scripture tells us to test everything by spiritual fruit (Gal 5:22-23). Confront Tom about fruit, I recommended, and again, be direct. "I am experiencing you as angry (or defensive) right now, Tom. Are you angry?" When Tom insists that he is right, it might be good to ask, "What would we expect to see if that were true?" or "If God's Spirit were present, what would it look like?" Ask the defensive person to describe what the fruit of his work looks like.

7. Invite submission. Ask the defensive person to walk with you in mutual submission. Tell him you want to follow Christ in being humble, leadable and teachable. Ask if he wants this too. Suggest ways you and he can have a reciprocal relationship—one that shows respect and honor to each other. Ask "Are you willing to grow?" Set boundaries based upon your agreement.

In the end, Tom may still be critical and defensive toward Dave. Habits are hard to break. "Or," I told Dave, "you might win over a valuable friend."

Video
Britt Merrick: Creating worshippers not workers
"Stop being a leader and start being a lover."
Trending