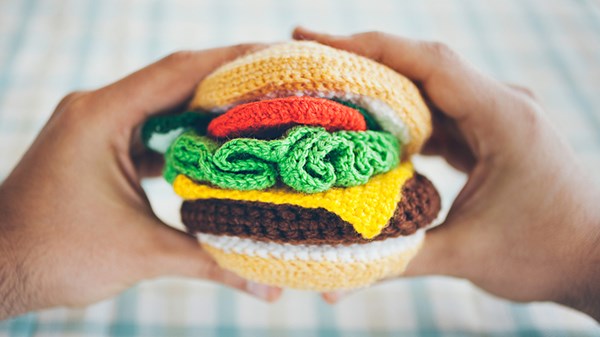 I want to begin by telling two stories. Both may be familiar to you. But I'll summarize them before drawing out a few implications for preachers and teachers.

The first story features CBS anchorman Dan Rather. In September 2004, Rather aired a report on 60 Minutes alleging that when President George W. Bush served in the National Guard, he received special privileges while often shirking his duty. This revelation was based upon newly released documents, reports written by Bush's supervisor in the Guard. Rather's story, coming only two months before a presidential election, appeared to undermine Bush's credibility and electability.

Within hours, skilled experts chimed in, contending the documents were fake. Rather's story was discredited and his reputation as a journalist took a hit. What caused Rather's stumble? His failure to check his sources for their truthfulness, passing on falsehoods as if they were true, because he just didn't do his homework.

Stories I'd rather not tell

My second story concerns a young man named Teddy Stallard, who has mistakenly been called Teddy Stoddard by some who relate his tale. Teddy was the kind of kid who strained the mercy of any teacher. His messiness and unpleasantness quickly worked their dark magic on Miss Thompson, who just didn't like the little brat. In time she enjoyed giving Teddy bad grades on his consistently poor homework.

But when Miss Thompson checked Teddy's permanent records, she discovered he had been a fine student until his mother died of a terminal illness a couple of years earlier. Miss Thompson's shame over her misjudgment of Teddy grew when, at Christmastime, the hurting boy gave her some perfume that had belonged to his mother. When Miss Thompson put it on, Teddy told her that she smelled just like his mother used to. At that moment the teacher's heart was forever changed toward Teddy. Miss Thompson invested countless hours in Teddy, helping him improve in his schoolwork and clean up his personal life. Her devotion paid off as Teddy began to turn his life around.

Years later Miss Thompson received rich rewards for her effort, rewards that came in the form of letters from Teddy. One letter arrived when Teddy graduated from high school near the top of his class. One came when he graduated with honors from college. The last letter arrived when he finished medical school and was about to get married. This note was signed, "Theodore F. Stallard, M.D." In all his notes, Teddy credited Miss Thompson with changing his life by believing in him.

What a touching story! I first heard it from a guest preacher at my church. Not only was I moved, but also I resolved once again to love the unlovely people in my life, no matter how much they bugged me. The story of Teddy and Miss Thompson haunted me for days, so I decided to do a little research on the Internet. Maybe there was even more to the story than I knew.

My Google search revealed many fascinating tidbits about Teddy. His story appeared in dozens of sermons, no doubt representing hundreds or even thousands of sermons that were not posted online. One well known preacher claimed to know Teddy personally. Now there's a lucky man, I thought. An educational website had pictures of Teddy, both as a boy and as a young man on the day of his wedding. I also discovered something utterly fascinating about Teddy Stallard-there was no Teddy Stallard (or Stoddard, or whatever).

Neither did Miss Thompson.

The whole story was made up, quite intentionally and obviously. It was a moving work of fiction by Elizabeth Ballard, published in Home Life magazine in 1976 as a work of fiction. I'll bet Dan Rather is glad he didn't pass on Teddy's touching story.

Now of course there's nothing wrong using fictional stories. I have fond memories of listening to Ben Patterson relate moving episodes from C.S. Lewis's The Chronicles of Narnia in his sermons. Jesus, of course, told fictional stories about characters who never really existed (the Prodigal Son, the Good Samaritan). So fiction can play a powerful role in truthful preaching.

But, there is a real problem, I believe, when preachers tell fictional stories as if they were true. If we preachers do this, even unintentionally, we may find ourselves like the embattled journalist, short on the credibility that is essential to our vocation. I daresay if my congregation knew the guest preacher who told the Teddy Stallard story had in fact related as truth that which was fictional, their estimation of him would drop considerably.

"Now, come on," you might object, "does it really matter if it's just a well-intended mistake." Yes, I believe it does matter. In fact, it matters more each day. Why? Because we live in a world where the people who are supposed to communicate truth faithfully, people like journalists, or the accountants for Enron, are continually found to have passed on falsehoods, if not outright lies. People, like those in our congregations, are increasingly reticent to trust so-called authorities, including preachers. And who can blame them?

Yet an effective preacher desperately needs the trust of the congregation. This trust, so costly and valuable, can easily be lost through carelessness.

When I preach, for example, my people need to know that I have made every effort to be as truthful as I can be. The more they learn that I am trustworthy in this regard, the more they will give me trust. They will be inclined to believe me, not only when it comes to my illustrations, but when I convey biblical and theological truth.

Conversely, if people discover that I really haven't done my homework when I pass on the latest e-mail tearjerker, then they'll be inclined to question the main points of my sermon as well. Maybe I'm just passing on theological hearsay, they'll think, rather than the results of my careful study of God's Word.

So what's a preacher to do? What so many people have accused Dan Rather of not doing: we should carefully check our sources. We should work hard to ensure that our non-fiction stories really happened. "But," you might contend, "I just don't have the time." Believe me, I understand the time squeeze faced by pastors. The clock squashes me daily. But fact-checking often it takes less time than you'd suppose. There are several websites devoted to so-called "urban legends." These sites include: urbanlegends.about.com; ulrc.com.au; truthorfiction.com; hoaxbusters.ciac.org.

My favorite fact-checking site is snopes.com. This site has gathered hundreds of popular stories. Each story's veracity is evaluated, with documentation. The stories at snopes.com are organized according to category and they are also searchable. If you search "Teddy," for example, you're quickly sent to a list of all entries that include the name "Teddy." The first entry on the list reveals the truth about Teddy Stallard.

The truth in a minor key

I know how frustrating it is to have a great illustration, only to discover it isn't true. Some time ago a friend sent me a phenomenal story about violinist Itzhak Perlman, who almost miraculously played a concerts even though he broke a string right at the beginning. It was an excellent stewardship illustration (use what God has given you), and I was eager to use it. It bore all the marks of truthfulness, including a reference to the source article from the Houston Chronicle. But, alas, as I did my research, I found out no credible evidence that the Perlman story was true, even though it did appear in the Chronicle.

I was tempted to tell the story, but my conscience, energized by the Spirit, said "No!" I knew I couldn't mislead my people. So I dropped the Perlman story, half wishing that I hadn't bothered to examine its truthfulness.

Yet, whatever I lost in that one sermon (and I wasn't able to find a better illustration) I gain back by sticking with my policy to be as truthful as I can be in my preaching. Over the years my congregation has learned to trust me, not because I never make mistakes, but because they know I make every effort to tell the truth. Trust is a precious commodity for a preacher, just as it is for a newscaster. It is earned with time and effort. Yet it can be lost in a few moments.

So, for preachers and teachers, here's my advice:

Mark D. Roberts is Senior Pastor of Irvine Presbyterian Church in Irvine, California, and teaches at Fuller Theological Seminary. He is the author of Dare to Be True: Living in the Freedom of Complete Honesty (WaterBrook, 2003). An earlier version of this article appeared on Mark's website as part of his daily blog (www.markdroberts.com).

To respond to this newsletter. Write to Newsletter@LeadershipJournal.net.

Discipleship |Outreach
To Be a Pastor Is to Know Betrayal
Apprenticing Jesus in a cruciform call.
Hannah King
expand