Casting Vision if You Aren't Visionary

What takes priority—the vision or the people? Most of us agree that we shouldn’t simply tell churchgoers who aren’t "aligned with the vision" to find another church. Casting vision is complicated for any leader; it can feel impossible for leaders who aren’t “visionary.”

But there’s hope for even the least visionary leaders when it comes to casting vision. A church is at least partly defined by those God has placed within it. Pastors are called to discern the vision God already has for their congregation, based on the people he has brought together. The articles below will help you identify and share God’s vision with your congregation—even if you feel less-than-qualified to do so.

Casting Vision if You Aren't Visionary 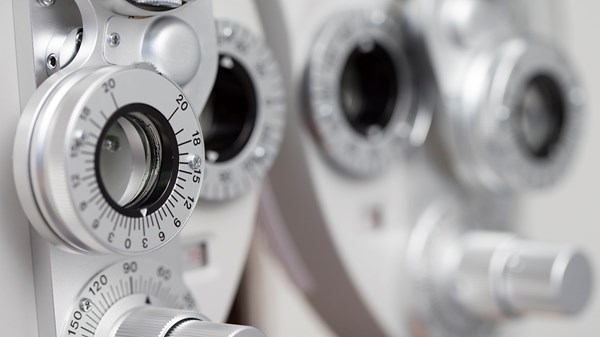 I once asked Don Shula, longtime coach of the Miami Dolphins, "What are your goals next year?"

He said, "I think goal-setting is overrated."

"Everybody in professional football has a similar goal," he answered. "If they have halfway decent players, they want to win the playoffs. If they have good players, they want to win the Super Bowl. So I haven't won more games because I have better goals. I've won more games because I'm willing to roll up my sleeves and do whatever it takes to make it happen."

Leadership demands that we have the ability to realize our goals—to turn vision into reality. Those who have given themselves to leadership know how difficult this is. But effective leaders have a way of getting to the real issues.

The challenge for every pastor is to match his or her vision for the church with the congregation's. It's easier to match your vision with the church's when you create a church, like Rick Warren did in Orange County and Bill Hybels did outside of Chicago. The pastor creates the vision and then invites members who want to buy into the vision. It's more difficult in churches that have been around. Many churches don't know what business they're in; they try to be all things to all people. When the pastor creates a vision, it can go against the vision of the people who hold power. Then the pastor gets fired.

I have been working with a minister in San Diego who has the potential to turn around a church, but it will be difficult. The older crowd wants hymns; the baby boomers want different kinds of messages. Especially in that situation, I'm not sure a minister can pull a vision from the crowd. Moses didn't go up the hill with a committee; if he had, he would never have come down.

My advice to ministers: be clear about the vision.

Developing clear vision takes time—something many pastors feel a shortage of—but that perceived shortage is the result of faulty values. A woman said to me yesterday, "In America, we don't value thinking." If people walked by the office here and saw the two of us talking, they wouldn't interrupt. But if they walked by and I was sitting alone, they'd knock. They'd assume I'm not doing anything. We don't legitimize thinking. Most people have a sign on their desk that says, "Don't just sit there, do something." What they need is a sign that says, "Don't just do something, sit there."

We need to think things through, create a strategy and a plan, and stick with it.

In the process of setting the vision, it's important to find out what the congregation wants. But notice that this is second. In business, many people ask, "Why wouldn't you first see what the customers want?" Well, because the customers don't have the big picture.

Every time you get a suggestion from the congregation, you see where it fits into your picture. The reality is, you can't include everything in your picture. For example, you cannot get a tablecloth and candlelight at McDonald's. It's not part of their vision. Some would ask, "Wouldn't McDonald's want to attract everybody who is going out for dinner tonight?" No, if they tried to attract everybody, they'd get nobody.

After you create a vision, the people will probably want to tweak it, but they're not going to change it significantly. If the first person says, "Yeah, but you didn't think of this," and you snap back, communicating, "This is a closed deal," you're in trouble. The biggest problem in implementing change is when you think, "If it wasn't invented by me, it's not worth considering."

Much has been written in recent years about the central importance of vision, and some people wonder whether vision is overrated. I don't think so, but vision alone can't get it done. Too often we spend all our time on vision and none on implementation. At some point you've got to move.

Managing the journey of change is more important than announcing the destination. Often we announce a destination: "Here's a vision; here's what I want to do." Then we use a delegating leadership style and don't roll up our sleeves and get in there. Why don't New Year's resolutions work? Because people announce them and then don't do anything.

Disney Corporation invites their competition to Disneyland to observe and take courses. How do they feel safe doing that? Because they know nobody else will follow through on the vision. People imitate Disney's rides because they think that is the key. But they miss that the key is follow-through on the details—the friendliness of the staff, the cleanliness of the park.

Follow-through is so important. I asked Max De Pree, former chairman of the board of Herman Miller, "What is your role in the vision of your company?"

He said, "The top manager should be like a third grade teacher: You repeat yourself over and over until people get it right."

Managing the journey means coming up with the vision and the direction, and then implementing the vision: coaching, supporting, giving directions, praising progress, and redirecting.

The leader who best models this is Jesus. I told Tom Peters and Robert Waterman, who wrote In Search of Excellence, "You didn't invent management by wandering around. Jesus did."

He wandered from one little town to another, and people would say, "How do you become first?"

Jesus said, "By being last."

People would ask him, "How do you lead?"

How many people do you know who go to their boss's house for dinner and the boss says, "Take off your shoes and socks and let me wash your feet"? Managing the journey of change is servant leadership. We must get our egos out of the way and praise, redirect, reprimand—anything it takes to help people win.

Bumps Along the Journey

Organizations resist change because people get comfortable with the way things are. They prefer what's familiar.

Adding to the problem is the fact that most leaders of change don't understand the concerns people have when they go through transition. Their first concern is for information: "Tell me what you've got in mind; let me ask questions about it." The second concern is personal: "Will I be able to survive? Where am I going to fit in?" The third concern is implementation: "Okay, now I know what you are talking about, and I think maybe I can live with it. How is it going to be done?" The fourth concern is impact: "What's the result? What's the benefit?"

Notice that not until the first three concerns are answered do people care about the benefits. That means a leader cannot announce a change and explain its benefits and expect people to support the change. When you ask people to do something different, they focus on what they have to give up, not on what they are going to gain.

I went into several divisions of AT&T just before it broke apart into seven companies. The chairman was talking about all the great benefits—more entrepreneurial activity, more initiative. But nobody was giving the employees a chance to deal with the loss. So we created "mourning" sessions and brought in crying towels and let people talk about what they were giving up, which was a lot—prestige, lifetime employment, status. If you let people talk honestly about their concerns, often the concerns are resolved.

To determine the most important qualities of a leader, people have done tons of research over the years and found there are no constant ones—except for integrity. The qualities needed in a leader depend on the situation.

For instance, the issue of how pastors should relate to board members—employee to employer, leader to follower, or friend to friend—depends on the structure of the board. If the board has hiring and firing capability, you work for them. Your job is to figure out what their needs are and to satisfy them.

It's important to understand whether a board member is high on dominance, influence, steadiness, or compliance—as the Disc instrument measures. Board members high on dominance fear losing control. If you know that, you can battle the person appropriately. A person who scores high on influence fears rejection. Such people are not going to give you a hard time because they want you to think they are good people. The High S person—steadiness—fears change. They'd like the church to stay the way it is. Board members high on C, compliance, fear having their work criticized.

A very important trait for a minister dealing with a board is not to need to be right. You're crazy if you get into a win-lose confrontation with key board members. My experience has been: the people who get fired have let their egos eat their brains. Jesus knew he was right, but he didn't waste a lot of time proving it. He didn't get into a lot of win-lose confrontations, even with those who wanted to kill him.

Turning vision into reality is something leaders do with their followers. Leaders must be committed to both develop a vision with their people and then walk with them through the difficult journey of implementing change.

From the book Renewing Your Church Through Vision and Planning, copyright © 1997