If we ignore the reality of hell, we make one of Jesus' frequent teachings a mere metaphor.

Clocking in at 55 minutes, I nearly broke my personal record for the longest sermon I've ever preached. It was "Hell."

In our series called "Hot Theology," the topics were determined from surveys of the congregation. The most common question: "Would a loving God send people to hell?" That's hard to cover in 35 minutes.

The subject of hell and judgment is all over the New Testament. Still, we don't hear much about hell today, at least not from the church. We tend to cover other subjects repeatedly, but ignore one that Jesus talks about all the time. There are some exceptions, but the preachers yelling "turn or burn" on street corners are rare.

There is an episode of Seinfeld where Elaine's boyfriend, Puddy, becomes a Christian. He starts listening to Christian music and begins badgering Elaine about going to hell. At one point he asks her to steal the neighbor's newspaper for him because she's "the one going to hell, so [she] ... 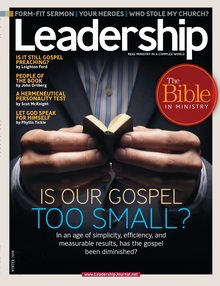