Whether or not you're a fan, your pews are full of them.
Barnabas Piper 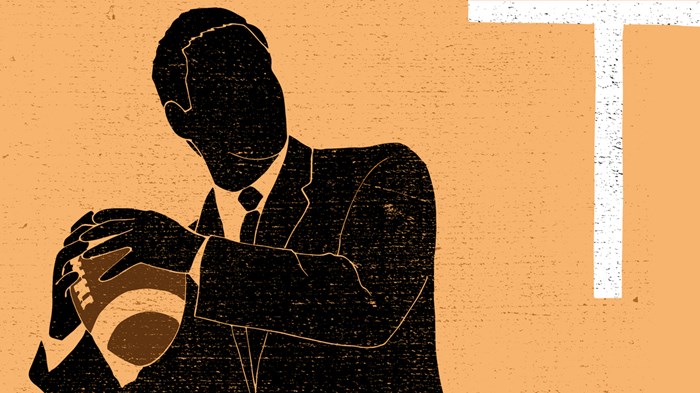 It’s the most wonderful time of the year.

No, not Christmas. I’m talking about fall, a season awash in hoodies, pumpkins (the orange plants, not the faux flavor), and cracking pads. Fall brings football, and football is the ruler of the land. It’s a cultural staple, a social connecting point, a trigger for rivalries, and big business too. From September through the bleak winter months, football drives the rhythm of television and media as well as millions of households.

What does this mean for pastors? It means you probably ought to know what’s going on. Your entire church does. And the closer you live to Tuscaloosa, Tallahassee, or anywhere in Texas, the truer this is. For five months out of the year sermons are littered with football analogies, allusions, and stories. In some churches Vince Lombardi or Bear Bryant are honorary deacons in memoriam. In other churches pastors seeking to “relate to the folks in the pew” wedge a reference or two into the sermon hoping they make sense.

In some churches Vince Lombardi or Bear Bryant are honorary deacons in memoriam.

Even though football is wildly popular, just throwing out football references from the pulpit isn’t sure to result in a touchdown. Football should be used with care in a church context.

Here are six examples of how to (and not to) effectively use football in your ministry. And they apply whether a pastor loves football or not.

Right: Using football as a means of gathering people together.

The Super Bowl is the best example of this, but any Saturday college football game serves as the perfect excuse to gather neighbors and friends. Pastors can encourage their people to do the same. It is common ground. It is safe. It’s low pressure. Football is a gateway to friendships, and it’s just plain fun. Unless it’s a rivalry game. Then it might be more like Luther vs. Tetzel.

Don’t turn into Jon Gruden on Monday night football. A useful football analogy relates to people and makes a point. Talking about “QXY banana slant left trap option B gap 9 route” adds exactly nothing to a message—and alienates parishioners who aren’t fans. If a pastor loves football and knows it inside and out, that’s wonderful. It’s like knowing Greek and Hebrew; it’s useful to inform your message, but not for showing off publicly.

Right: Pointing to the benefits of teamwork and the need for unique positions.

Looking for a great analogy? A football team’s defense fits the bill. Each player is tasked with a specific role on every play. They have certain responsibilities individually, and as a unit those responsibilities, if executed properly, will stop the offense. One player cannot do the work of two or the whole thing breaks down. So it is in the church. Each member is uniquely gifted to serve and has a role to play. People are at their spiritual and ministerial best when serving in the right place, and the church begins to function as it should. If people quit, or some members are asked to do the work of many, things break down. See where this is going? It’s a good football analogy, and you don’t even need to know about Gap-4 blitzes or Cover-2 man defense.

Wrong: Guilt-tripping congregants for their involvement with football.

Haranguing church members for prioritizing football over church, or for watching games instead of spending time with family, only annoys them and causes them to tune you out. Do many people idolize football? Certainly. Does it hold priority in the lives of many each weekend in an unhealthy manner? Undoubtedly. Should pastors address such issues? Yes, but in a better way, like this ...

Right: Use football to clarify and exemplify principles and priorities.

A social phenomenon like football season is the perfect litmus test for spiritual and familial priorities. Pastors can pose thought-provoking questions that nudge congregants to examine their lives and reevaluate the principles that guide them. Instead of blasting people for over-valuing football, we can ask them why they do so. Rather than sending them on a guilt trip for missing time with family, we can acknowledge that maybe they love enjoying football with family. It’s important to kill idols and properly arrange priorities, and football can be a tool in the hands of a skilled pastor to do just that.

This time of year football is on a lot of people’s minds. But let’s use football wisely. It can enable people to hear you—or alienate them. You don’t need to love the game, just know it well enough. You don’t need to be a fan, but don’t forget that your pews are full of them.

Barnabas Piper serves as the brand manager for Ministry Grid at LifeWay Christian Resources. Piper blogs at The Blazing Center and is the author of the newly released Help My Unbelief: Why Doubt Is Not The Enemy of Faith.

Discipleship
Avatar and Becoming Mature in Christ
What a not-so-Christian movie says about the goal of the Christian life.
John Ortberg
Trending