People today are confused about what funerals are for. How should pastors respond?
Noah Livingston 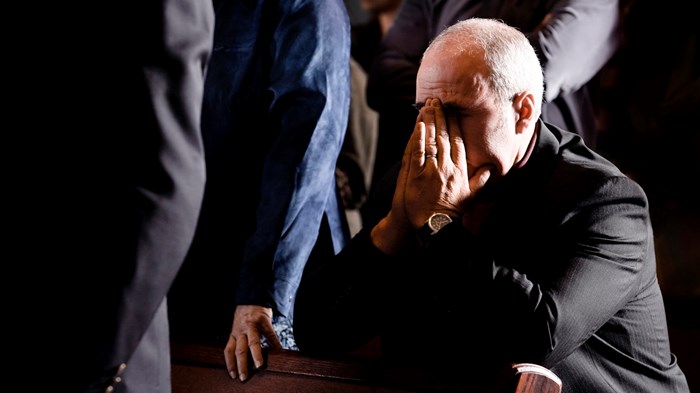 “Well, you haven’t really been here long enough to know him that well …” She breaks eye contact. The sentence dangles, but the meaning is clear: “You don’t know my dad well enough to do his funeral. Plus, you look really young.”

I breathe deeply. Nearly every time I gather with a family, I hear a similar impulse: that being the person’s best friend is what it takes to lead a funeral well.

“You’re right. I’ve known your father only a few years. Is there someone who could tell a story or two about him? It could be family or someone else who has known your dad for a long time. I’ll speak of your father during the sermon, of course. But there I’ll focus on his life in light of the Resurrection. That’s why we’re gathering.”

This person’s well-intentioned impulse ranks just behind the instinct to ditch the whole “funeral” vibe and go for a “celebration of life; he wouldn’t want us to be sad, anyway.” But it all hints at a deeper problem—a confusion about the purpose of funerals.

Here’s the problem: We no longer see funerals as worship. We see them as private, sad gatherings for the family. We see them as important if you were close to the deceased, but otherwise, let’s be honest—you’re not missing anything by not going to Merle’s funeral. Funerals are sort of like gloomy birthday parties, deeply personal get-togethers for close friends and family.

But we are here to recall a wider, deeper reality, nothing less than the crux of the cosmos: Christ’s resurrection.

It is the memory and hope of the Resurrection that makes the Christian funeral one of the most potent services of Christian worship. The Christian funeral is uniquely positioned to help those far from death attend to it, so they need not obsess over it when it is near. It is unmatched in its focus: we are here because one of us isn’t. We gather to realize this reality and to remember God’s reality, which trumps all others.

The funeral is unmatched in its focus: we are here because one of us isn’t.

When the funeral becomes a cordoned family affair, it degenerates into a matter of personal preference. It becomes a vehicle for self-expression, one last gasp at leaving one’s mark on the world. When it ceases to be congregational worship, it ceases to be an event where God’s people are formed. Too often, pastors lead the way.

Breathing life into the funeral

But it doesn’t have to be this way. The way forward is knowing our job and sticking to it. One of my favorite lines in the liturgy of my denomination, I print at the top of every funeral bulletin: A Service of Witness to the Resurrection. The funeral must be congregational because it is not a birthday party without its guest of honor. It is public worship whose intent is to deepen our hope in the Resurrection.

We stand in need of this deepening. The pervading mood toward what happens after we die is not, as N.T. Wright wryly observed, the sure and certain hope of the Resurrection of the dead, but rather the vague and fuzzy optimism that things may turn out in the end. The hope of heaven is often not a robust, biblical picture of God’s intention for the whole of creation, but a wispy, disembodied existence involving clouds and the odd golden harp.

I am one pastor. So what can I do?

I try to make funerals corporate worship, not private parties. I try to encourage people to gather as if it’s Christmas Eve, or a unity service, as if it’s worship. I try to hold funerals during times of the day and week when more people are off work. Funerals are usually scheduled during normal work hours, 9–5, Monday through Friday. While this favors the funeral directors and pastors, taking a half-day off is too high a hurdle for the majority of people.

I make sure the church regularly sings songs that fit well in funerals.

The Christian funeral is one of the richest plots a pastor can till—if we keep our hand to the plow. Few other settings come primed to confess our hope with such clarity and grit. Few other opportunities present themselves with such regularity and promise. And few other services will be filled with so many occasional congregants. So let’s deepen our faithfulness. Let’s lead funerals that facilitate the church’s worship. Let’s create expectations that funerals are congregational. Let’s celebrate the reality that—in life and in death—Jesus is Lord.

Noah Livingston is co-pastor of Abbe Reformed Church in Clymer, New York. You can find him on twitter @noah_livingston.