How a congregation's history can light its way forward.
Ryan Hoselton 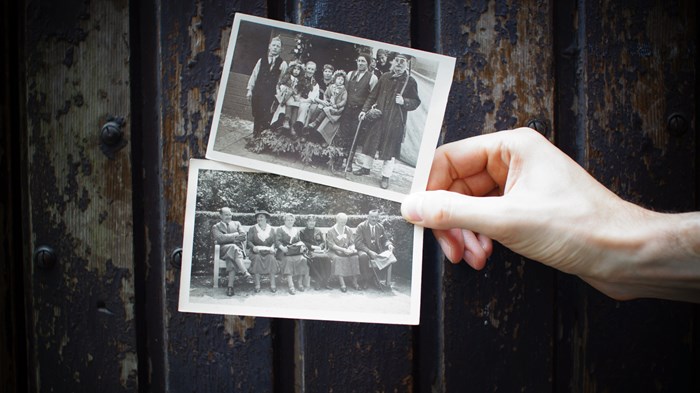 One of the first Sundays I visited Third Avenue Baptist Church, an 11-year-old named Jacob Keisling asked me if I’d like a tour. I felt like Alice chasing the rabbit into a different world—one-time meeting rooms; offices filled with old photos, newspaper articles, and artifacts used in worship services decades ago; a former chapel; a library. It was a world this local church body had experienced and created in generations past. I left that afternoon with a sense of solidarity with the church’s joys, struggles, and mission.

When we think of church history, we typically talk about figures like Emperor Constantine and Martin Luther, or events like the Donatist Controversy and the Reformation. But while most of us won’t write influential theological tomes like Augustine or lead a transatlantic religious awakening like George Whitefield, we each directly participate in church history through our local congregations. Every church inherits the past, and every generation of a church leaves something behind—often, if we're honest, a mixture of both fruits and scars.

Bruce Keisling (my tour guide Jacob’s father) has a passion for history, the local church, and the Old Louisville community where he and Third Avenue live. Ever since joining the church in 1999, Bruce has endured through thick and thin to help see the formerly shrinking congregation thrive once more. Currently the Associate Dean of Libraries at the University of Louisville (just down the road from the church), Bruce also serves as a lay elder—and so much more—at Third Avenue. He kindly agreed to share his wisdom with CT on how a local church’s history affects its present and future.

Why should anyone, from the senior pastor to a new member, care about the history of their local church?

When you become part of a local church, you become part of a family. Regardless of whether you are a new member or the senior pastor, your ability to love and serve well in the church will be helped by knowing something about its history. Not just the pastor, but every member of the church has an obligation to minister to others in the church, and that ministry will be enhanced by knowing something about the story, the highs and the lows, of that church through the years.

Every congregation also has distinctive beliefs and practices that have been shaped by the broader story of church history. Both that broader story and the particular story of a local church help to inform belief and practice. The current and future directions of the church are shaped, in part, by many previous decisions. Understanding those decisions and their contexts will helpfully inform future planning. While I’ve never been on church staff, knowing the fundamentals of the history of my 122-year-old church has helped me love, serve, and lead.

How has Third Avenue’s history impacted the way you think about the church’s identity and mission today?

There are so many stories I’d love to tell, but the most interesting and helpful things to know about the history of Third Avenue relate to our urban context and to particular characters in our story.

For example, Third Avenue began as a Sunday School started in 1884 by a leading Louisville church and supported through the labor of students from the Southern Baptist Theological Seminary (SBTS). Our church’s story is like many others in Louisville that started in the late 1800s, following a major post-Civil War economic boom, urban growth, and a ready supply of ministry support after SBTS moved to Louisville in 1871. When we were deep in the middle of revitalizing Third Avenue in the early 2000s, folks would visit and comment that it appeared we were a “seminary church”—i.e., many of our members were students. Knowing our history, I could say: “We were started with the help of seminary students in the 1880s and 1890s, and now we’re restarting with their help.”

Third Avenue had terrific growth from 1894 through the late 1920s, but then suffered, along with the neighborhood, the negative effects of the “Three Horsemen”: the automobile, the Great Depression, and the Great Flood of 1937. All three began a decline that worsened and deepened in the 1960s and 1970s with urban unrest and migration to the suburbs.

But it’s also important to know particular characters like Amy Ward. Now with the Lord, Amy joined the church in the 1930s and was still active when I joined in 1999. She knew everyone and everything about the church. She had witnessed 70 years of its life, and yet she had a heart that loved the Lord and was open to seeing it grow and change. She knew a Third Avenue from the 1940s that no longer existed. There’s value in knowing about how she loved and served the church through all its decades and changes.

What advice would you give someone who wants to learn more about the history of their local church? Where should they start?

Start by talking with as many older members as you have available. Their memories may not be precise, but they know a lot. It’s also a way to show love and interest in them. Some churches will have histories of sorts compiled for anniversary events; look for them. You could also read through official meeting minutes. Sometimes a regional denominational history will include brief overviews of significant local churches. You should also find the best available history of your town or city. If you understand local history, you’ll go a long way toward understanding the context for your church’s history. The more I’ve understood the changes and development of Louisville, the better I’ve understood patterns in the history of Third Avenue.

How does having a deeper sense of the importance of a congregation’s history help us think about the legacies we’ll establish for the next generations of our local church’s life?

Having a deeper sense of a congregation’s history should temper our estimation of our actions and help us see a greater role for God’s providence. God is at work through floods, economic depressions, and population shifts. Your church may have had explosive growth during a particular decade, and that could have been the result of a faithful pastor and congregation—but it could also have been influenced by a new interstate or series of housing developments. Notwithstanding providence, the history of a local church enables you to see the value and importance of faithful stewardship. Stewarding well or stewarding poorly will have profoundly different results over time. A sense of history can remind us that our actions will have consequences for this church and for the kingdom.

What the Heavens Declared to a Young Astronomer
How I learned that the same God who numbered the stars knew and loved me personally.
David Block
Editor's Pick