What the story of Elijah (and psychological research) tells us about how to cope.
Stephanie Dyrness Lobdell 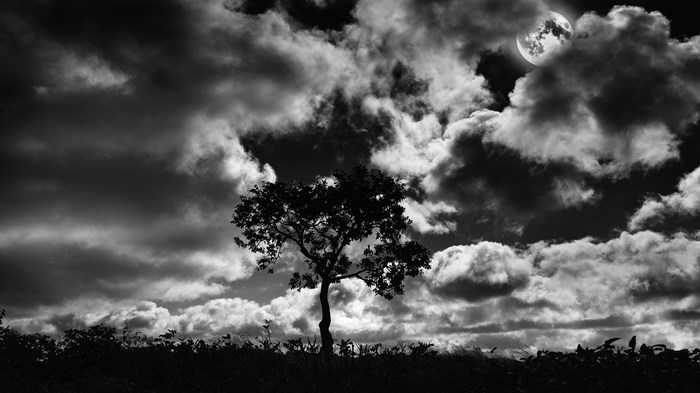 Vocational ministry, they say, is not for the faint of heart. In seminaries and in churches, professors and seasoned pastors alike often play the part of weathered sheriffs in an old western, warning their young successors of the dangers that lie ahead.

When I entered the ministry, I was prepared for the challenges of taxing pastoral care, recalcitrant church members, and the unending demands of the pulpit. I was not prepared for the challenge that vocational ministry would present to my mental health as I was still coming to grips with the weighty task of parish ministry in my first church. I found myself caught up in the throes of clinical depression.

For me, living and ministering with depression is akin to running in chest-deep water; technically, you can do it, but it is twice as hard, and you become fatigued quickly. I occasionally wondered if God had forgotten about me as I strove to be faithful in a difficult context and with a difficult condition to boot.

I am not alone.

The Myth of the “Depression Proof” Pastor

Recent statistics demonstrate that clergy are prone to high levels of stress and burnout, factors that contribute to the likelihood of depressive episodes. A challenging job combined with certain biological features in the brain can result in major depressive disorder in clergy, regardless of race, age, or theological tradition.

At the same time, the church has often been silent, or at least guarded, on depression—not for lack of caring, but for lack of understanding. Lay Christians and church leaders struggle with the apparent cognitive dissonance between depression and the Christian life. “If Jesus has achieved the victory, why am I so sad? If God reigns and is working to redeem creation, why am I mired in hopelessness and exhaustion before the day begins?” Those are the questions we may ask ourselves.

Meanwhile, a more insidious misunderstanding surrounding depression exists in the church, that depression is, without exception, the direct result of personal sin. Until recent decades, authoritative figures in the church might have described a depressed Christian in words similar to those once used by Martyn-Lloyd Jones; that a depressed Christian was “a contradiction in terms, and a very poor recommendation for the Gospel.” If a pastor was depressed, it was assumed that some secret sin was lurking in his heart. If he would only repent, the depression would lift.

While the church hasn’t intended to wound those who suffer from depression, a lack of understanding has often done that. Thankfully, as medical science continues to learn more about the brain and how to effectively treat conditions like depression, misconceptions surrounding depression are being dismantled.

A story from Scripture may corroborate what we’re learning.

In 1 Kings 19, God’s prophet Elijah is depressed. He was “just leave me to die under the broom tree” depressed. He has just experienced victory over Queen Jezebel and her crew of Baal prophets, but after all that, Elijah ran away because he feared the queen.

Elijah’s fear ran much deeper than dread of a pagan queen. At that point, Elijah had been prophesying to Israel for years and had seen no fruit, no revival in Israel, no conversion of the leadership, and no tearing down of the altars to the pagan gods.

Elijah was deeply afraid that his work was ineffective, maybe even pointless. Fearful there was no hope, Elijah fled. He fled in biblical fashion. He fled into the wilderness, the place symbolic of death, loneliness, despair, and hopelessness, a place where he declared, “I would be better off dead.”

But all those feelings of failure don’t even touch Elijah’s feelings of righteous indignation: God, I’ve done exactly what you’ve asked of me. I even asked the starving widow for food, which was very awkward, so thanks for that. And this is how it’s going to end? Withering away under a broom tree?

God eventually responded to Elijah’s needs with three forms of care, which it turns out, are increasingly supported by current research.

In his deep basement of despair, Elijah found himself in the same position as many pastors today, discouraged and depressed. Psychological research suggests that those of us who, like Elijah, are driven by an inner drive to accomplish and achieve with a tendency for perfectionism are more vulnerable to the lurking darkness of depression.

Where was God in the mess Elijah was experiencing? No word from on high to the weary, depressed prophet of God. With divine silence ringing in his ears, Elijah collapsed to the ground and slept.

As dejected Elijah slept, God was awake and at work on Elijah’s behalf, sending an angel with bread and water multiple times to nourish him. God reached down through his heavenly messenger to meet the practical need of Elijah, the haggard servant.

God still invites his weary servants to naps and snacks for the restoration of their souls. That is both good news and good advice. The Anxiety and Depression Association of America encourages those suffering from depression, both circumstantial and clinical, to get additional sleep and to eat well-balanced meals, both of which enable the body to persist through the taxing symptoms of depression. God knew what he was doing in offering Elijah a chance to rest and be nourished.

Fortified by the simple gift of rest and food, Elijah was able to journey on to Mt. Sinai. His physical hunger was satisfied, but his soul hungered for an encounter with the living God.

You know the rest of the story; God came to Elijah, not in chaotic power, but in a whisper, in the sound of silence. Perhaps God knew that Elijah was vulnerable and needed the healing stillness of the sound of silence and God’s presence therein. Or perhaps God knew that Elijah had seen enough mighty, divine acts and was simply wondering, “Is God small enough? Is the God who sends down fire from heaven capable of meeting me in fear and hurt?”

God assured him that the zeal of the Lord was still at work to bring about salvation and redemption, in spite of appearances. God still has the “big picture” in mind. And yet, even as God moves to accomplish his grand purposes, God does not forget the “little picture” of his spent and wounded servant.

God still draws his tired and discouraged ones into the wilderness to encounter him. Mental health care professionals suggest giving yourself permission to take a break, whether in the form of a vacation, or simply a personal day off when you find yourself weighed down under the demands of ministry. It is vital for pastors to create space to practice life-giving disciplines like exercise, reading, hiking, or listening to music. Reducing interaction with sources that increase anxiety and depression—particularly social media—can also guard against depressive episodes, as recent research has demonstrated a strong correlation between use of social media and rates of depression.

Setting aside intentional sacred space allows us to quiet our hearts and minds so we might better hear God’s voice reminding us of our call and his lordship.

3. Lean into Your Community, and Seek Out Support Elsewhere

When God came to Elijah and allowed him to speak, Elijah expressed his frustration that in spite of his faithfulness as a prophet, the people rejected God’s covenant. Elijah’s complaint continued, “I alone am left.” In addition to experiencing defeat in his ministry, Elijah felt deeply alone and vulnerable.

God responded to Elijah’s angst not only by giving him specific instructions about how to proceed, but also by kindly assuring Elijah that he was not alone. God, in his generous goodness, had preserved 7,000 faithful individuals who would stand alongside Elijah as he persisted in completing his assigned task.

God still offers us the healing gift of community. As God reminded Elijah of the remnant of 7,000, so we are reminded that we do not journey alone. We need the support and encouragement of the body of Christ. The Mental Health Foundation has verified what we already know: People with stronger connections to their families and communities, including communities of faith, are less vulnerable to mental health problems such as depression and anxiety. As Wendell Berry asserts in The Art of the Commonplace, “Healing is impossible in loneliness; it is the opposite of loneliness. Conviviality is healing. To be healed we must come with all the other creatures to the feast of Creation.”

In addition, we should not eschew the support of counselors and medical professionals to help us navigate the choppy waters of depression. Therapy, medication, and emerging treatments such as TMS can be means of grace to bring about the healing of our minds.

Though it might be in the deafening sound of silence, God reassures us of his persistent presence and perfect promises. The story of Elijah reminds us of the merciful character of God who recognizes our frailty in body and mind, who sees our need, and who responds to us generously.

Stephanie Dyrness Lobdell currently serves as co-lead pastor with her husband Tommy at Mountain Home Church of the Nazarene in Mountain Home, Idaho. She blogs at www.stephanielobdell.com.