What you are doing matters, even when fruit appears to be scarce.
Scott Sauls 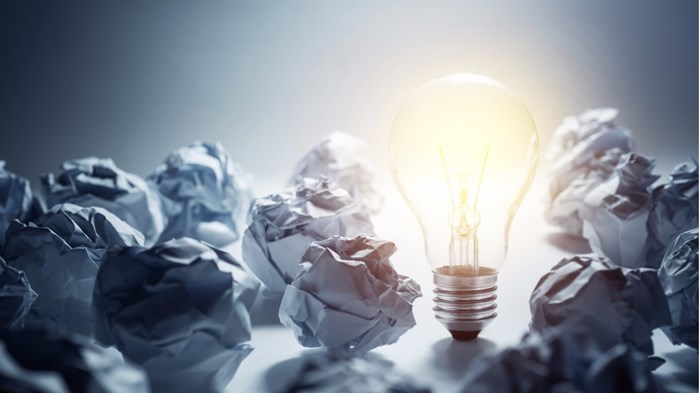 When I was in seminary, one of the professors told us aspiring pastors that we should never expect to have close friends in the churches we lead. It is always best, the professor said, to seek out friendships with people who are not part of our church families.

Having now served for 18 years in pastoral ministry, I resist the professor’s advice. I can safely say that my closest friends are from the church I serve as pastor, and they have been in previous churches as well.

Yet from a practical and experiential standpoint, I understand why the professor would advise us in this way. In every church we have served, my wife and I have experienced rejection from people who had, for a time, been our close friends. Sometimes the breakup occurred because I, as pastor, was not doing enough to give these friends the kind of church they wanted—a better youth or children’s ministry, different music, a different style of preaching, or a different vision than what I was offering to them. At other times, the breakup happened because of a false narrative about me, gossip and mischaracterizations that put me in a negative light. And, at still other times, a breakup would happen because of some real flaw or shortcoming in me that friends decided they didn’t want to deal with anymore.

I have known the pain of broken friendships in the church. Stick around for any length of time and you will too, if you haven’t already. There likely will be other letdowns as well.

In spite of our best efforts and most faithful prayers and shepherding and preaching, the popular church down the street still attracts some of our members. In spite of the comprehensive, compassionate, and costly care given to a hurting church member, he says he feels uncared for by the church and then leaves in a huff. In spite of counseling a couple for two years in hopes that their struggling marriage will heal, they get a divorce.

In spite of putting hours of study and preparation into preaching, three emails arrive on Monday telling you how disappointing, offensive, or theologically imprecise your sermon was. In spite of putting in your best effort to craft worship services that artfully draw people into the presence of God, the varied criticisms still come: the liturgy is too formal and too informal; the music is too upbeat and too mellow; the song selection is too contemporary and too traditional; the people are not welcoming enough and too invasive.

In spite of spending countless hours of prayer that God would bring revival and renewal to your church, it remains stunted in its growth, mundane in its ministry, lukewarm in its love, invisible in its impact, and held back by the demands and drama of its most narcissistic and divisive members.

Or so it seems.

This sort of anticlimax in ministry can be hard on the heart. What can we do with it, apart from choosing to live in self-protective isolation?

When you are tempted to give up, I encourage you to remember not only the past but also the future, where the significance of your life’s work, which may seem so small, will be revealed as an essential part of what God is doing to bring about the healing of the nations.

In my own moments of pastoral discouragement and isolation, I have often forced myself to remember that Jesus Christ—who was not an imperfect leader like me, but a perfect one—faithfully and prayerfully poured everything he had into his 12 disciples for three solid years. And what was the return on his investment? His three closest friends fell asleep when he asked them for prayer, Judas betrayed him for a handful of coins, Peter denied him three times, and when he needed them most, they all abandoned him and left him to die alone. How must Jesus, the Author and Perfecter of our faith, have felt each time he referred to his closest friends as “you who are of little faith”?

If the King of all Kings, the Governor of all Governors, the Boss of all Bosses, and the Leader of all Leaders—who did everything in perfection and was so “successful” in his mission that he even conquered death—would undergo anticlimax, then we should certainly expect the same for ourselves.

Finding purpose and satisfaction and hope in work that appears anticlimactic can seem impossible. In a sense, we are all like Sisyphus, the Greek mythological character, aren’t we? Because of his selfish ambition and deceitfulness, Sisyphus was condemned to eternal punishment. His sentence consisted of rolling a large rock to the top of a hill. Each time he got close to the top, the rock would slip out of his grasp and roll back down to the bottom. For the rest of eternity, he would be doomed to repeat this frustrating task.

One time, J. R. R. Tolkien, looking for an outlet for his Sisyphus-like frustration with his own work, penned a short story called “Leaf by Niggle.” The story’s main character is an artist who has been commissioned to paint a mural on the side of city hall.

Niggle spends his entire career attempting to create the mural about which he dreamed: a large, robust, colorful, and fruit-bearing tree that would inspire many. But in the end, the artist is only able to eke out a single leaf. After this, he dies.

On the train to heaven, Niggle sees a vague yet familiar image in the distance. He asks the conductor to stop the train. He steps off the train and, as he approaches the object, discovers that it is a tree—his tree—complete and more lovely and fruitful than he ever hoped or imagined. And there, right in the middle of the tree, is his contribution—Niggle’s leaf for the whole world to see.

It is then that Niggle realizes that his little leaf is a part of something grand, a part of a Greater Work by a Greater Artist for the enjoyment and flourishing of a Greater and Everlasting City.

I’m told that Tolkien wrote “Leaf by Niggle” as a way of processing his feelings of anticlimax about another work he had spent years of his life creating. He was convinced that this painstaking project would never be seen, enjoyed, or appreciated by anyone.

The name of this presumably insignificant work was The Lord of the Rings.

Have your dreams have been spoiled or shattered? Have you tasted anticlimax, and considered walking away from it all because you can’t see what good your work is doing?

In those moments when you are tempted to give up, I encourage you to remember not only the past but also the future, where the significance of your life’s work, which may seem so small, will be revealed as an essential part of what God is doing to bring about the healing of the nations (Rev. 22:2).

Although it is sometimes hard to believe that your work, done for God’s glory, has enduring significance, it absolutely does.

As a wise and divinely inspired soul once wrote to his wearied companions and fellow workers in the gospel, “Let us not grow weary of doing good, for in due season we will reap, if we do not give up” (Gal. 6:9).

What you are doing matters. Don’t ever forget that.

The above is an adapted excerpt from From Weakness to Strength: 8 Vulnerabilities That Can Bring Out the Best in Your Leadership by Scott Sauls. Used by permission from David C. Cook.

Scott Sauls is senior pastor of Christ Presbyterian Church in Nashville, Tennessee and author of several books. He also blogs regularly at scottsauls.com, and can be found on Twitter, Instagram, and Facebook.

Join the conversation on Facebook
Tags:
DiscouragementFaithfulnessPerseveranceVocationWork and Workplace
Posted:November 8, 2017