Want your people to give with joy? Here’s what it’s going to take.
David Roseberry 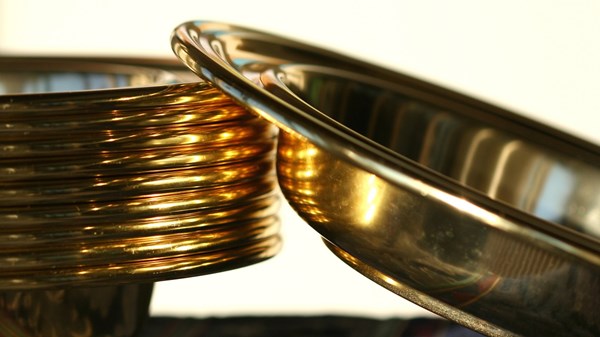 Religious giving is weakening in our churches.

Building a culture of generosity is not primarily a “budget enhancement” program to get more money for the church. It’s also not just another “missions and outreach” program to have more money to give away. Both will happen, but neither should be your church’s reason for emphasizing generosity. They are side effects.

Here are some key steps to developing a culture of generosity in your church.

1. Make generosity an explicit goal for your church.

Sometimes Christians—and especially pastors—are so careful to avoid shaming people over their giving that we never mention it at all. This topic, which was central to the life of the early church, receives dreadfully short shrift in our congregations today.

Many pastors and leaders are concerned that too much talk about money will drive people away. That might be true, but we cannot let the least committed in the church set the agenda for the most committed.

After all, those who have given in the past know the strong sense of joy and thanksgiving with which they gave. They love to talk about how giving has affected their lives.

2. Preach without apology or defensiveness.

Getting things out in the open has to start from the pulpit. It’s admirable that some pastors carve out time every year to preach on giving, but too often, I hear sermons on the subject that sound apologetic and defensive. You aren’t coming to your congregation with your hat in hand; you are guiding disciples of Christ in the way they should go. This subject is of intense interest to everyone who is trying to follow Christ seriously. People need to hear biblical wisdom on money, stewardship, and generosity. To avoid preaching on generosity in concrete and confident ways is to deprive those you serve of one of the most central teachings of Jesus.

Your mission in preaching about generosity remains the same as always: make plain God’s Word to God’s people.

But leave the brimstone at home. Your intention shouldn’t be to shame or guilt. Your mission in preaching about generosity remains the same as always: make plain God’s Word to God’s people. Perhaps you could select some of Jesus’ parables that center on giving and build a series around that. Maybe you and your parish could walk alongside Paul’s missionary journeys in Acts, learning how generosity formed the early church. I would suggest spending three to four weeks developing the many lessons Paul gives us in 2 Corinthians 8–9. Go back even further and look at the heart of the Old Testament prophets. Preaching is your opportunity to set a vision. Make that vision clear.

There are two great ways to diffuse the challenge of an awkward subject. One, as mentioned above, is to name it. Call it for what it is. Lean into it and commit not to mince words or shave the edge off your points.

The other method is to add good doses of humor to how you make the points. Humor is the great equalizer in any human situation. Humor allows us to say things clearly and plainly without as much pushback.

Why is this? Our minds erect barriers around our closely held beliefs. That’s why truth is sometimes best heard when it comes to us at an angle, in a side-door. With humor, truth doesn't stand at the front door and announce its arrival. Rather, it sneaks around to the side door and slips right in.

Learn to tell a joke. Jokes are as much an art form as poetry. They are highly structured pieces of logical thinking (or illogical reasoning) with a twist at the end. Timing is important, and practice is essential. Yes, I am being serious: practice telling jokes. A groaner can be a great joke if it is told well. But nothing can be learned from a joke told poorly.

At the end of the day, what comes from the pulpit can only be a nudge toward generosity. That’s why it’s so important for those who are engaged in giving to share their hearts. This may take the form of testimonials on a Sunday morning. Testimonials must be carefully thought through and practiced. Like a joke, a great testimony told poorly will lose impact.

The real purpose of creating a culture of generosity is to help each member live more like Jesus.

Unscripted testimonies are seldom useful and usually go too long. That is why I always insist that those sharing their testimonies write them out first. Or I lead them through their story as an interview. I hold the microphone and say something along these lines: “You mentioned you felt real joy when you started to give more generously. We don’t need to know what that amount was, but what made you do it? What did it mean to you?” And don’t forget: asking open-ended questions in a public interview must be practiced as well.

As great as this method is for getting a story out, I find that something more personal can be more powerful. For years I conducted an annual program in which I asked a large group of people to write out personal testimonies as personal letters to others in the congregation. We also asked those more experienced in generosity to host dinners, lead small group discussions, and speak to their ministry teams within the church. People listen to peers.

5. Build the infrastructure for generosity.

Once we convince people of the importance of generosity, we need to provide them with a platform to facilitate not only their giving, but also the replication of such giving in the lives of other Christians.

One way the church can do this is by establishing, maintaining, and publicizing legacy funds: arrangements where generous givers can pool their resources and leverage them for greater impact. Matthew 25i, for example, has received a generous matching gift of $1 million from an anonymous donor who wishes to multiply the impact of the gift through churches and ministries all over the nation. Can you imagine the impact that $2 million could have when applied to ground-level efforts of the people in your church as they meet the needs of hurting people in their communities? Or consider the impact of the generous Christians who underwrite the administrative and operating costs at Waterfront Community Church in Illinois, freeing church members to direct 100 percent of their weekly contributions to addressing the human necessities of the people who live around them? Legacy funds like these become a living, breathing source of abundant life, not only for those who receive the help, but also for those who provide it.

Another vital piece of infrastructure for generosity involves complete transparency on the part of those administering the gifts. When we tell God’s people the good news of what the body of Christ is doing for those in need, and when we share every detail of how the generous gifts of Christians are being received and distributed, we open the floodgates for even greater generosity. This, of course, assumes that we are acting as “faithful stewards of God’s grace,” as Peter instructs his readers in 1 Peter 4:10.

We who have received so much from God ought to gratefully funnel that blessing on to others. We should do it in such a way that the world marvels at our unselfish sharing of the resources God provides. When we do that, we unlock even more grateful hearts to participate with God in caring for his people.

David Roseberry served as the founding rector and pastor of Christ Church in Plano, Texas for over 30 years. He currently serves as dean of his diocese of Churches for the Sake of Others and provincial canon for mission of the Anglican Church in North America.

This article is adapted from Giving Up by David Roseberry (New Vantage Books, 2017).

Outreach
The Next Life of Leadership
Pressing on to the next chapter.
Marshall Shelley
Trending

Cover Story
What Christian Aid Workers Want You to Know About Afghanistan
US forces are withdrawing after 20 years, but the story of Christian aid work goes far beyond military conflict.
Rebecca Hopkins
Editor's Pick

Interview
Can This Texas Pastor Lay Hands on an Inmate During Execution?
Q&A with SBC minister Dana Moore on the power of prayer in a state death chamber.
Interview by Daniel Silliman
expand