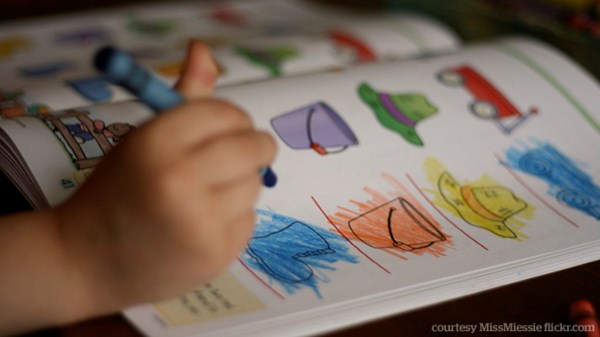 An Unexpected Choice: Why We Traded the Public School for Homeschooling

The countercultural decision has redefined our family's notion of success.
Helen Lee

When I was 6 and my dad had been hired by the U.S. government to work as an economist, one of the first things he and my mom did after we moved was to call the few fellow Korean immigrants they knew in the D.C. area.

"Where are the good schools?" they interrogated. When they ran out of people to call, they called their friends' friends and asked the same question.

It took no time to build a list of acceptable school districts, a list that concurrently created the boundaries for where we would consider living. If a city was not on that list, it did not matter how affordable the housing was, how much more my parents could get for their meager dollars—a good school was the only choice that mattered.

Not surprisingly, when my husband and I reached the same point for our family, needing to find somewhere to settle down and raise our three young boys, the school issue became the first factor we considered as well. Of course we were going to live somewhere with a good school district. Naperville, a southwestern suburb of Chicago, had the right school credentials and a critical mass of our fellow church members who lived there. It was an easy choice.

We moved to Naperville for the public schools, but we ended up becoming a homeschooling family.

One day, I was interviewing a fellow Naperville mom for a project, and almost as a side note she mentioned that she had homeschooled her kids. I asked her what her main reasons were for homeschooling, and what she said stuck in my mind: "I wanted them to be able to enjoy their childhood. It goes by so fast."

My eldest son was then in the Naperville schools as a first-grader, and we were experiencing the opposite of "enjoying childhood." By the time he came home, ate a snack, did his homework, and practiced piano, it was nearly dinnertime. Every day felt like a grind, every day felt like we were in some sort of elementary-aged pressure cooker.

Also, we'd experienced red flags in his public school education experience, flags that I had just ignored or downplayed, but now they kept reemerging, clamoring for attention. Our son's grip on basic addition and subtraction facts was shaky. The teacher-approved first-grade readers he brought home were all picture books well below his level. A classmate was being manipulative in his relationship with our son: "You better jump from the top of that pole or else I'll stop being your friend!"

My initial reaction to the nudging I sensed in my heart—that God wanted us to give homeschooling a fair evaluation—was unequivocal: "No way, God." But the more I struggled against it, the more I sensed his answer: "Just look into it."

Resigned, I started doing research. I knew two other people who homeschooled, and when I called one to ask questions, she responded, "I should warn you—everyone I speak to about homeschooling ends up being convinced to try it."

And so it was for us, after a process of opening up to the idea as I learned more about it. We're nearly three years in, and while I would not want to mislead anyone about the challenges of homeschooling, the workload involved, and the never-ending questions ("Are we doing enough? Are we doing too much?"), I've been pleased by a number of unexpected results.

My boys have become close to one another by virtue of being each others' most constant playmates, but they are also comfortable interacting with a wide variety of ages, children to adults. They can spend time on tasks and topics that interest them whether it's typical for the age or not, such as my 9-year-old, who is working on the 20th page of his latest fantasy masterpiece, or my 6-year-old, who is intent on learning to type so he can write his own stories one day. We can spend a Sunday evening staying up late serving meals in our church's soup kitchen because we aren't forced to get up early Monday morning. My kids have also developed a better understanding of what it means to live out one's calling by going to Chicago to see their classical pianist-dad perform at a weekday noontime concert on Michigan Avenue, or to support their mom as she gives a talk to an auditorium full of Moody Bible Institute collegians.

But the most surprising result of all? By breaking away from the public-school system that we had originally been so intent on entering, we no longer follow a defined success narrative that guides the paths of so many families around us. Ultimately, I think this was what God wanted to show me by encouraging this change in our family. I no longer see "success" only resulting from following the typical life story that my generation and I were encouraged to follow: go to a good school, get good grades, go to a good college, get a good job, then get married and have kids and repeat the cycle all over again.

My parents are still befuddled by our decision to homeschool their grandsons; this was never what they would have or could have chosen for me and my brother. But by virtue of their many sacrifices, they enabled me to pursue a different educational path for my kids. Although I cannot say how long we will continue on the homeschooling journey, for now it has turned out for us to be the best choice.

Helen Lee is the author of The Missional Mom. Her next book is about parenting with freedom in a culture of extremes. She is also a founding member of Redbud Writers Guild.

We also homeschool and made our decision based on academics. We could tell early on that my oldest was a bit different from his peers. He was reading at a very early age and could talk clearly and eloquently very early as well. After several years in the public school of little to no help for him and his situation, we decided to homeschool. Like others here, my wife had been a public school teacher and always looked down on the idea of homeschooling. But seeing few good alternatives and after doing research we tried it. It has been wonderful for both my wife and the kids. The academic program far exceeds what their peers are getting and they are involved socially in many ways. We are still working out the "missional" side of things, but that has little to do with school setting for us. I also agree that homeschooling is not for everyone and that it needs to be done carefully and prayerfully. Also, like Helen we are open to the idea of changing if it seems best.

As one of the moderators of the page, it's easy to pipe up when things lack civility. I just want to say that we really appreciate the thoughtful and helpful dialogue in the comments. Great stuff - keep it up.

@Dianne, by way of observation, the documentary, Bully, draws its material from public schools. If this is what passes for what you think works, then your assumption should find homeschoolers much worse off. I don't think you'll find that to be the case. Have you ever encountered public schooled kids who have limited social skills? Do you attribute that to their setting, peers and/or parenting? You've raised a good and fair question. I would just suggest that you broaden your view of cause and effect. I've found "good" and "bad" kids in both settings (public + home schooling).

An Unexpected Choice: Why We Traded the Public School for Homeschooling