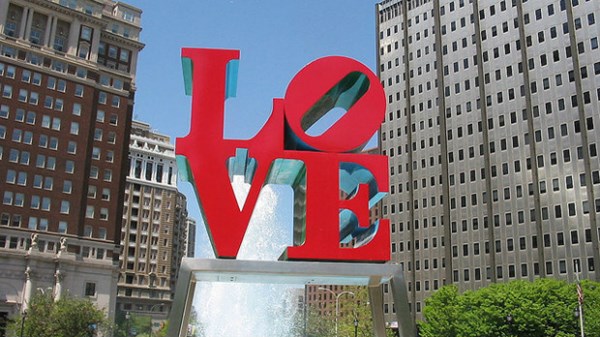 The power of partnerships across metropolitan dividing lines.
Ernest McNear and Lin Crowe

One of the most powerful and effective promises given to the Church is the power of agreement. A supernatural force is released from heaven and revealed on earth when believers decide to faithfully and intimately agree in spirit, prayer, purpose and power. When this level of agreement is reached, Jesus promises that anything that is asked will be done by the Father. On the surface, Christian ministry agreement and partnership would look like a very simple and easy task. But truly agreeing, across all the differences that can easily separate us, is anything but easy.

The two of us come from different cultural, theological, and geographical settings. Bishop McNear's tradition is African-American Pentecostal/Charismatic; Lin Crowe's background is Euro-American Presbyterian/Reformed. But we met in 1999 sitting side by side in the mayor's conference room. The City of Philadelphia and surrounding counties were at the height of an unprecedented crisis of mass incarceration. Facing lawsuits because of drastic conditions in overcrowded prisons, the highest murder rate in the history of the city and a looming spirit of violence and danger, the city was desperate for answers.

Over time we began to see the power of God released over the city in one of its most complex and crucial systems: the criminal justice system that encompasses police, courts, prisons, probation and parole, the district attorney's office and public defenders, public health services, and community service agencies—and now churches.

In 2008 we worked together to bring to the city a U.S. marshal's program called "Fugitive Safe Surrender." Working with the whole range of criminal justice agencies, Bishop McNear's church, True Gospel Tabernacle, welcomed fugitives with outstanding non-violent criminal warrants. Over four days, 1,249 of them turned themselves in, drawn by the guarantee that they would receive special consideration for their warrants to be lifted or their cases to be dealt with fairly and promptly. Inside True Gospel Tabernacle, surrounded by strict and safe security, metal detectors and electronic data equipment for the various courtrooms, church volunteers prayed for those surrendering and directed them to follow-up services for their families. Hundreds of them emerged from the church praising God for easing a burden they had carried for years.

After the four-day program, a senior administrator in the city's adult probation & parole department wrote us out of the blue: "I was moved to tears. The system set up [at True Gospel Tabernacle] was a highly functioning microcosm of the entire criminal justice system…. This was the practice of our profession in its highest form…. Those who proselytize about the separation of church and state should have been there too." Indeed, when Bishop McNear was asked by the media about separation of church and state, he replied, "This is cooperation of church and state—the law informed by grace." The program continues at the church in a more limited form, under the authority of the city's President Judge, as Philadelphia Peaceful Surrender. It also helped launch a new era of inter-agency collaboration in city government.

Urban-suburban ministry partnerships like ours do not happen without the same divine enabling that accompanied the original Pentecost. There must be an agreement of spirit, prayer, purpose and power. The Holy Spirit must be the guiding light of any ministry partnership. Whenever different groups of people come together, we bring our varying cultures, concerns, and core values, all informed by our faith traditions. Only deep spiritual agreement will allow the partners to respect each other's religious and cultural context and see them as an asset to ministry partnership.

This spiritual agreement leads naturally to the next ingredient: prayer. Ministry partnerships must saturate their work in prayer. Regardless of the gifts and talents that each member brings to the table, it is God who will give success and effectiveness. Partnerships also require each partner to bring their power: their particular skills and gifts. Each side needs to contribute leadership, management, influence, and resources.

No partnership is successful without humility on all sides. Fundamentally, humility is the recognition that our relationships are called into being by the grace of God, not our own efforts or strengths. Humility leads to servant leadership—especially, among suburban partners, the willingness to be led by their urban partners. We have also found that partnerships thrive when they are characterized by inclusiveness—an openness to serve anyone in need, regardless of their formal faith identity.

We have also learned what doesn't work when suburban and urban Christians try to cooperate. Simply importing programs and models from elsewhere rarely works, no matter how successful those programs have been elsewhere, if personal relationships of trust are not built first. Both sides have to be very cautious about unspoken and unwarranted expectations of one another. We have also seen promising partnerships undermined by ideological separatism that creates artificial boundaries in the Body of Christ, or by ignorance of the persistence of institutionalized racism in our society.

Successful urban–suburban partnerships are based on a faithful commitment, rooted in an authentic calling, and developed over a significant period of time. It is rare to build quality, trusting relationships between people from divergent cultures overnight. Even St. Paul's conversion was suspect until the Spirit authenticated him to the church in Jerusalem!

Jesus promised : "Truly I tell you that if two of you on earth agree about anything they ask for, it will be done for them by my Father in heaven." If we do the careful and patient work to build that kind of agreement, we can see the power unleashed that came when "they were all in accord in one place" (Acts 2:1).

The Rev. Dr. Ernest McNear, founding pastor of True Gospel Tabernacle, is national general secretary of the Church of God in Christ, International, and bishop of its Philadelphia and Ghana jurisdictions. He is also chairman of Kingdom Care Reentry Network and vice president of Philadelphia Fight, the region's largest HIV/AIDS outreach and service provider. The Rev. Lin Crowe, a former history professor at Philadelphia College of Bible and Drexel University, served two decades as president of the Philadelphia Leadership Foundation and is now an area representative for The Navigators, ministering in the criminal justice system. They are currently writing a book together, Doing The Gospel: A Call for Prophetic Ministry in a Global Community, which chronicles their long partnership together in Philadelphia.