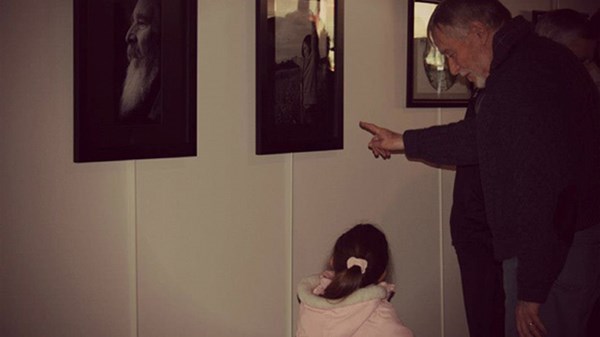 Without honoring any gods, a piece of domestic architecture, no less than a mosque or a chapel, can assist us in the commemoration of our genuine selves . . . We value certain buildings for their ability to rebalance our misshapen natures and encourage emotions which our predominant commitments force us to sacrifice. ~Alain de Botton, The Architecture of Happiness

The abandoned storefront in the "old downtown": Is there a more symbolic sight in Rust Belt cities? The buildings sit empty, the windows high above the street often boarded up. Those with imagination lament how the intricate turn-of-the-century architecture is being wasted, and that it might already be too late to save it.

We say things like, "If I had the money, I'd turn the downstairs into a coffee shop and make loft apartments above." Yet year after year, the storefronts crumble a little more.

That's the scene here in my new hometown of Hartford City, Indiana. There's a newer business district on Route 3 featuring the usual suspects: abundant parking spots in front of a grocery store, CVS, McDonald's, Save-a-Lot. KFC/Taco Bell across the street. It's like that same stretch of businesses in a thousand other towns.

But the old downtown is unique, charming for those with eyes to see. Centered on one of the more fantastic courthouses in the state of Indiana are those storefronts, a few of which house functioning businesses—a hardware store, drycleaner, furniture store, bank, new computer repair shop, even a brand new coffee shop.

I say a prayer for the success of those entities when I drive or walk by. We can't afford to lose another one. Lord, help them develop smart business plans. Or, Give me the patience to try them before running to the big-box stores.

If "architecture is frozen music," as Goethe said, then beautiful architecture left for dead is doubly frozen. What if we can unfreeze it? Maybe, somehow, we can reclaim one of these buildings, rescue the power of its design and history and integrity, reshape it so it can, eventually, re-shape us.

Andy Crouch (executive director of This Is Our City) recently visited Taylor University, where I teach. People around campus read his book Culture Making and were chatting about it. I had first met Andy at the Glen Workshop in Santa Fe, New Mexico. I read Culture Making after that meeting, and then taught it several times.

I became well-steeped in the ideas of the book and began to believe them: I wanted not just to critique or consume culture but rather to make culture. I committed to applying those principles to my writing. I focused not on lazy online criticism of others' published work, or incessant consumption of books and ideas, but rather on carefully building my own poems and narratives, improving my craft in ways that may not be obvious according to standard measures of success.

But when I came to Indiana, I saw clearly the need to make culture in my town. I'd never stayed anywhere long enough to try it. Seeing those storefronts in Hartford City made me wonder if this was the time. To put theory into practice where I live would take imagination, hope, and hard work. And of course, I couldn't do it alone.

My chance came in 2011, when I saw a Facebook post looking for volunteers to help clean out "the old Hallmark store" on Washington Street. A recently formed group called Blackford County Arts had—through a series of generous donations, strategic partnerships, and hopeful volunteers—acquired one of the storefronts and was in the early stages of renovating it.

Better yet, they were going to turn it into an arts center, with programming and instruction for adults and children in music, painting, pottery, and creative writing.

Without a second thought, I told the group, "I'm in."

I showed up and met everyone. We donned dust masks and hauled trash for hours without much fanfare. There was something I really liked about these people. We laughed and joked and worked. Some brought bottled water; others ordered pizzas. We ate, then worked some more.

Over many such Saturday mornings—and dozens of dumpsters, dump trucks, flatbeds, carloads, and recycling bags—we completed step one of the renovation: Get rid of the years' worth of garbage that had filled the building. That alone would have been a volunteer effort worth our boasting. With each new load of trash removed, the possibility that we had dwelled in, that fueled us all, began to look more like a reality.

One of the phrases I learned from Gregory Wolfe's editorial statements in Image journal comes from a passage by critic R. P. Blackmur. Blackmur talked about poetry that "not only expresses the matter in hand but adds to the stock of available reality."

In making the Arts Center, we would add tangibly to the stock of reality available to the citizens of Hartford City, Indiana, and the surrounding area. We would bring some poetry to town.

As we continued gutting the interior, we discovered that the early-20th-century pressed-tin ceiling, hidden for all these years above a drop ceiling, was in serviceable shape. It would take only minor repairs to restore this ornately designed feature, some 20 feet above the floor, to something like its former glory.

As efforts continued, I was asked if I would like to serve on the Board of Directors. They liked that I was young(ish), had come to all the workdays, and taught at the university in the next town over. I accepted, joining local artists, an attorney, a retired salesman, a nurse at our hospital, a former Indiana state senator, an elementary-school teacher, and several others. We met frequently to plan next steps.

We would hit some road bumps in timing, funding, personnel, and partnerships. The renovation efforts slowed to a crawl for a while, and the building sat at that halfway stage for longer than we wanted.

But we kept chipping away. One day I was sitting on a committee planning our grand opening for January 19, 2013.

A group of local pastors had come together and completed the dry-walling, allowing us to accept a bid from a contractor for the painting. A two-tub industrial sink was installed. It was hard to walk by it and not picture kids washing their paintbrushes at the end of a Saturday morning class, or scrubbing the clay off their hands after making pottery. Possibility abounded again. We would make culture after all.

A bulkhead, which would contain the new heating system, was being constructed around the perimeter of the room. It would also function as an anchor for a gallery hanging system, donated and installed by the local chapter of the Rotary Club. A piano lab was already set up in the back corner of the room; MusicWorks lessons had begun amid the drywall dust and continuing construction.

We were now at the point where the building clearly would be completed. We would get to solicit the next round of donations with the news that it would go directly toward arts programming.

As the contractors created new debris, we set up a final workday for volunteers to clean on Saturday, December 16. The night before, many of our friends had gone to Indianapolis for the Sufjan Stevens Christmas show. We volunteered to babysit their kids.

We were planning a quiet evening. Then we heard the news out of Newtown, Connecticut: there had been a devastating school shooting—at an elementary school.

We babysat, keeping our own small children and our friends' kids very close that night.

The next morning, I went with a friend to the Arts Center. We worked hard; within minutes, I was dripping sweat, thankful for the mindless, rhythmic work of separating burnable wood from trash and recyclable metal, and loading the garbage into a pickup truck for removal.

By the time we were done, the building was nearly empty. It was eerily quiet in the space as we got ready to leave.

I stood and looked at the floor that would soon be replaced and tread on by the feet of children and teachers and community members; the bare walls that would soon be covered with their art; the pressed-tin ceiling that would inspire with its lavish detail and hold the beautiful lights we'd ordered.

In the coming days, many would debate gun control, increased security, and mental-health-care awareness. But I couldn't help thinking that this work was, for me, the most appropriate reaction to the tragedy in Newtown. I saw the Arts Center with a new urgency: not just as a renovated old storefront, but as a place where people of any age could come and create, make culture—and make friends—in a world that needed more than ever these safe spaces. It would be one strategy against isolation and anger, a place made for the appropriate expression of those emotions, a place that might finally have the power to, as Alain de Botton says, "rebalance our misshapen natures."

That knowledge helped me then, and helps me now. When I sit in our board meetings after a long day at work, when I hear that the contractors have run into some unforeseen problem, or that we're out of money (we're often out of money), I think, It doesn't matter. We have to do this. We need this place, and we can't give up.

We indeed held our Grand Opening and Dedication, and it was by all accounts a major success. We're up and running now, and our small city came together to celebrate the milestone.

There is much more work to be done to sustain the vision.

This is how culture making happens in our towns and cities. It's a long-term community commitment. But it can work, and when it does, a new reality emerges. The architecture, the people, the art they are making—each distinct element converges, and we can dwell in possibility together every time we open the doors.