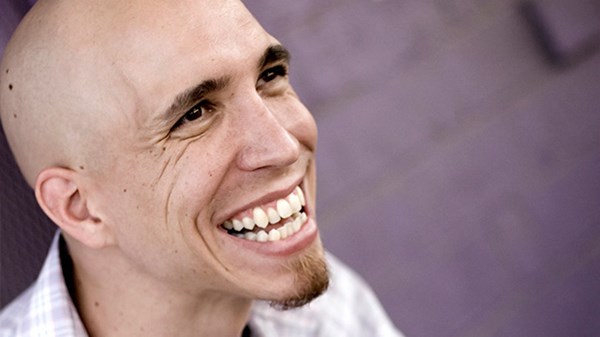 I used to think Christian mission was only about evangelism. Until we met Seema.
Jeremy Courtney

When my church commissioned me nearly ten years ago to move to the Middle East, a vision for the common good of the cities to which we were sent was not part of our lives. Instead, we focused narrowly on one thing: converting Muslims through force of argument to Christianity. In fact, we fortified ourselves by calling it "the Main Thing," effectively marginalizing anyone else who didn't "keep the Main Thing the main thing" because of their business or humanitarian pursuits.

All this changed when my wife, Jessica, and I moved to Iraq in the middle of the war and began meeting Iraqis in physical need and desperation beyond anything we had ever encountered.

One day, Jessica stood waiting for a ride when up pulled the oldest, most rundown taxi in the city. But it was inside this clunker of a car with the bottom falling out that our lives changed forever.

"You are American. Can you help my little girl?"

The taxi driver went on to describe a scene that would become commonplace for us in the coming days and years. An extremely sick child lies at home without medical options in Iraq, after decades of tyranny and war have devastated the nation's infrastructure. There are no hospitals that can treat her. Doctors are being assassinated, and many more are fleeing, as the country descends further into sectarian and ethnic conflict. Though the flavor is different from 2006-7, the tension is still very real, and things are always on the brink of another major civil war, it seems.

My wife, being the big-hearted, never-say-no woman she is, agreed to help this father. When she arrived in his home in the slums of our city, she found his daughter, Seema, lying on the floor, where she had been her entire life. No bed. No help. No hope.

My religious tradition did not prepare me for violence, war, Iraq, or Seema. While most in my tradition would agree with any assertion that God cares for "both the spiritual and the physical," reality belied an ungodly divide between body and spirit. With this bifurcation, we normally prioritized the things we called spiritual. My religious impulse was to sidestep Seema's physical condition in an effort to convert her family to Christianity and "keep the Main Thing the main thing."

But we had just moved to the country. We did not even speak her father's language. He had invited us as guests into his home on his terms. Wouldn't it be the height of arrogance and presumption to spurn his hospitality and advance our own agenda? And what would such a move say about the God we would claim to represent?

Yes, God is merciful enough to save you from your sins, but he cannot be bothered right now with your daughter and her physical suffering.

Thankfully, we are a becoming people. God loves to burn through the cluttered attics of religious tradition. Souls are not the main thing. Bodies are not the main thing. We are not divided people, inhabiting God-forsaken neighborhoods, in God-forsaken cities, on a God-forsaken earth. Instead, God sees the affliction of his people, he hears their cries, and he knows their sufferings personally. Indeed, he steps in to do something about it and makes an astounding promise: "I am making all things new."

Six years after our theological pivot in Seema's living room, we've traveled Iraq and made friendships from the northern Turkish border to the southern Persian Gulf; from the eastern mountains of Iran, through the marshes, to the western deserts beyond the Euphrates. We've seen the suffering of the people of Fallujah, where reports suggest that one in seven children after the war is born with a birth defect. We've heard the cries from hospital wards where mothers wail because their children are dying from life-threatening heart problems. We have responded with preemptive love, taking the pain and suffering of our Iraqi friends into ourselves, wrestling with fatwas calling for our death, and giving ourselves away in an effort to fill up what is lacking in the sufferings of Christ. Like Jesus, we seek to enter the joy and the pain with one astounding promise: "In Christ, God makes all things new."

Along the way in Iraq, we started an organization called the Preemptive Love Coalition to help the Iraqi government address a backlog of untold thousands of Iraqi children who are waiting in line for lifesaving heart surgeries. But heart surgeries are not enough. Our team is always looking for comprehensive ways to bless the people around us while working to see God redeem and restore the cities where we've been invited to work.

I had the privilege of introducing a few influential Iraqi Muslim clerics to America last year. It had taken five years of tea and coffee; five years of them watching our team labor on behalf of Iraqi children; five years of us going to the places in the country that no one else would go, for one of them to lean into a group of leaders in Washington, D.C., and finally say this:

I've been watching Jeremy for years. He was the first American I'd ever met in Iraq who wasn't a soldier. He was the first Christian I knew. Honestly, I thought he was really weird. I was certain that most Christians were not like him. Now that I've come to America, met your pastors, eaten with your people, I realize that Jeremy is a normal Christian. He is not exceptional or strange!"

The room erupted in laughter. Then the sheikh brought his point home:

As Muslims, we are supposed to follow Jesus. He is not just yours! But, sadly, we are only taught about the Prophet Muhammad. And I am a mullah, so I am guilty as well. But no one teaches us about Jesus Christ. No one teaches us from the other holy books. The violent, divided state of things in Iraq right now shows you how deficient we are for not knowing Jesus. I want to invite you all to Iraq for a conference about Jesus Christ. I want you to teach my people about Jesus. He is our only hope for peace.

In his book, Pursuing Justice, pastor Ken Wytsma says, "You know what Christians are really good at creating? False dichotomies." Wytsma goes on to dismantle our penchant for thinking that attention to the "material" aspects of life will diminish our focus on the "spiritual" aspects.

"We always have the ability, it seems, to cross oceans to make converts, yet—as Jesus discusses with the Pharisees in Matthew 23—neglect the weightier matters of the law, like justice and mercy and faithfulness."

Old Testament scholar Christopher Wright describes God's redemption of the people of Israel from captivity in Egypt as a clear story of God's concern for their economic, political, social, and spiritual well being. When the Word of God came to us in Jesus Christ thousands of years later, we again saw a clear message from God's heart about his concern for the poor, dispossessed, sick, and powerless.

Life among the people of Iraq has helped me embrace God's big, all-encompassing plan to reconcile "all things" to himself. The promise that Jesus will be "all in all" is my Main Thing, and it ensures that I can never go back to merely "saving souls" while bodies languish and neighborhoods lay in ruin.

More than calling out a dichotomized people of "social justice" or "evangelical mission," God is calling and creating a people of preemptive love. Will you be one?

Jeremy Courtney is the founder of the Preemptive Love Coalition, an organization working across Iraq to eradicate the backlog of children waiting in line for lifesaving heart surgery. More information on his new book, Preemptive Love: Thousands of Dying Children, One Family's Audacious Quest, and a Love that Risks Everything to Undermine Hate, is available here. You can also follow Jeremy and Jessica's journey in Iraq on Facebook and Twitter.