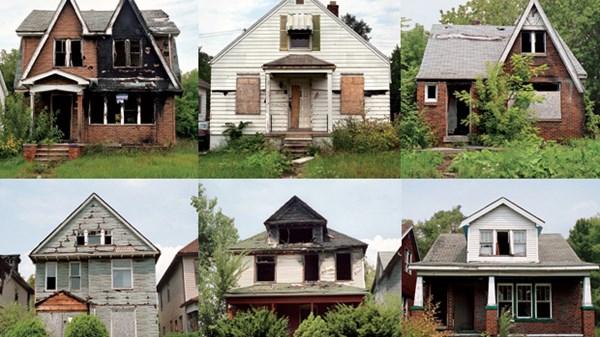 How the Motor City became America's whipping-boy city--and how Christians can stop the hate.
Aaron Renn

What do you think of when you think of Detroit? The Motor City? Ruins? Segregation? Abandonment? A cautionary tale?

Then ask: Have you been to Detroit? Have you researched it? How much time did you spend coming to your conclusions? What led you to think of Detroit that way? From what I've seen, few of the modern-day notions about Detroit come from a robust understanding of the place at the ground level. Not even my own.

We are all prone to snap judgments and stereotyping at some level. That's not always a bad thing. If we examined in depth everything we came across, we'd never accomplish anything at all. For example, to label Detroit as "Rust Belt"—a label for cities with older industrial buildings, many of them closed, and a troubled legacy resulting from that deindustrialization—does capture a portion of the truth.

Consider some of the identities projected onto Detroit:

America's Bogeyman. As Detroit native Pete Saunders noted when calling Detroit "America's Whipping Boy," Detroit is an all-purpose bogeyman leaders in other cities can use to frighten voters when proposing their next boondoggle. "Better approve this stadium tax. Do you want to end up like Detroit?"

The Really Bad Sinner. Much as we minimize our own failings and justify ourselves as "good people" by comparing ourselves to serial killers and other "really bad people," cities can defend their own manifest failures by saying, "At least we're not Detroit," a tack humorously exploited by one of the Cleveland tourism videos.

Post-Apocalyptic Wasteland. Climate change activists try to outdo each other by presenting ever more apocalyptic visions of what will happen to the planet if their preferred solution isn't implemented immediately. Likewise, many writing about the legitimate problems of Detroit seem to compete with each other in creating the most spectacular depictions of total urban collapse.

"Fear of a Black Planet" (a term I'm borrowing from the name of a Public Enemy album). Racist views are no longer acceptable in society, but for some criticizing Detroit, America's blackest big city, makes an acceptable substitute. By talking about Detroit's crime or poverty or graduation rate, people can pretend to be criticizing "Detroit" when they really mean to criticize African Americans.

Democrats/Socialism/Unions. Kleptocratic and self-interested Democrats have run Detroit for years. This lets national Republicans who have no interest in Detroit or its people do a fly-by and declare this the inevitable end result of Democratic governance. Other Republican targets like unions feature prominently in this.

Auto-Culture. On the Left, Detroit is seen as the ultimate comeuppance for a totally auto-dependent society, one that tears up its city for freeways, dismantles transit, encourages sprawl, and destroys the planet.

Blank Canvas. Perhaps the most irksome identity projected onto Detroit is that of the blank canvas. Outsiders, often artists and filmmakers, see the cheap houses, abandoned buildings, and vacant lots as a low-risk venue for personal experimentation, not as a city with a history and people with roots. That a number of these people have actually moved there to implement their vision troubles many locals.

Many of these are clear variations on the "canary in a coal mine" theme: If we as a broader society don't change our ways, we will end up like Detroit. This is in marked contrast to say a "Rust Belt" label or the various movie stereotypes of New York, which are at least rooted in some local reality. What makes Detroit's projected identities different is that they largely are rooted in a reality external to Detroit itself. Whatever your pet idea or phobia, Detroit seems to be the perfect lens through which to explore it, and the screen upon which you can project it.

I wish that I could claim innocence in this, but I'm not. Though I've been to Detroit several times and have researched it, I hardly know it up close and personal. Yet I've not hesitated to label it "the New American Frontier."

That Detroit frontier piece is the second-most-popular Urbanophile essay, a fact that illuminates why people do this to Detroit: Detroit sells. There's something about the power of "Brand Detroit" that compels the world's attention. A stunningly large percentage of my Detroit pieces end up going viral and generating well above average traffic. A similar article about Cleveland, Youngstown, Flint, or Gary would not generate anywhere near the same interest.

The fact that Detroit has a series of simplistic identities largely projected by outsiders without a stake in the city infuriates locals, but also creates a huge problem of false expectations and cognitive dissonance for those who move to Detroit from elsewhere— especially idealists and Christians who want to serve it. Detroit is a very complex city, and one that can be very tough to figure out and adapt to.

Wilkin and Heather Lai can attest to that. Eight years ago the couple moved to Detroit as part of a missionary internship program, and originally planned on staying for two years. "We got our butts kicked," Wilkin told me bluntly. "It was a very tough time on all levels."

Rather than fleeing, they adapted to the reality of Detroit by applying their talents in the marketplace instead of full-time ministry. "We decided we just wanted to be a part of a more functional community," said Wilkin. Heather became a teacher at a local university and is now teaching and working toward her Ph.D, all while raising three children in the city. Wilkin applied his background in commercial lending to making residential real-estate loans in the city. He now represents one of the few banks willing to loan money to people buying homes in Detroit. In a city that is starved for skilled labor and investment capital, these are actually some of the most-needed forms of "ministry" in Detroit.

A long-term commitment and recalibration to the complex and difficult realities of Detroit is key to thriving there and actually contributing to human flourishing there.

Anglican deacon Dean Simmer, who teaches at a local Catholic school, has similar observations. He suggests that anyone coming to Detroit should embrace that most Christian of virtues: humility. He advises newcomers to "shut up and just listen for a year and a half."

Because so much popular content has romanticized Detroit with these overly distilled identities, Detroit draws in a lot of newcomers—many of whom want to "save" Detroit or join "the scene" of edgy art or $100 homes.

Some of the newcomers quickly fail and cycle out, others may actually inflict damage, some profit from Detroit (or hope to), and some live in it as if aliens from a parallel reality, as in the artists featured in the documentary Detropia.

Ultimately, all of these approaches will fail to revitalize the city over the long term. "If you're simply an idealist with no thick skin, you're bound to fail in Detroit," said Simmer. "The people who stick around are willing to be humble, to listen to the community members, and to allow their stereotypes to be broken." He also rightly notes, "Detroit is a group of people."

That's not to say that current or long-term Detroit residents are entitled to behave as the exclusive owners. The incredible decline of the city and its traditional paternalistic employers means that outsiders are critically needed. They are going to have their own ideas about Detroit, and rightly so. It isn't fair to them to expect them to merely mail Detroit checks with no strings attached.

So Detroit's own residents definitely need to learn humility as well. But given the destruction that has befallen their hometown, and the infuriating portrayal of their city, some defensiveness is understandable.

What's important for us who write and care about cities—and especially who write and care about Detroit—is to avoid simply using it like an artist uses a canvas. Simplified identities can be fair and justified in some cases, but we need to consider the source of them: are these labels rooted in the reality of a place or merely in our own preconceived ideas or concerns?

In the meantime, everyone watching or reading about Detroit, and especially thinking about moving there, should realize that what they are seeing is probably even more unrepresentative than what you'd see about other cities. Just because that Johnny Knoxville Detroit documentary looks amazing doesn't mean a local will even recognize it. As one of Simmer's students asked after he showed the Knoxville film in class, "What city is that?"

Aaron Renn, "the Urbanophile," an urban affairs analyst, entrepreneur, speaker, and writer on a mission to help America's cities thrive in the 21st century.

How has any of this essay addressed the title, Why All Your Impressions of Detroit Are Wrong. My Dad was born and raised here, we lived here when I was young. The place is an apocalyptic disaster on so many levels. Mayors in prison, representatives on the take, festering slums, crime, shockingly bad schools, decades of liberalism gone wild with no restraint. Why would you say anyone moving here should "shut up and just listen for a year and a half." Or why would missionaries have their butts kicked after 2 years? Just be honest, it is a failed city much like any failed state. The politicians on the take, the leftist democrats, the socialists, the powerful automobile unions, the dewey eyed idealists, the paternalistic employers, the self interested teacher's unions, all have to go. They need homesteaders, pioneers, missionaries, reformers, evangelists and above all realists with imagination and hope.