The World’s Most Astonished Atheist

When the United States bombed Hiroshima and Nagasaki 70 years ago this month, Joy Davidman—best known today as the wife of C. S. Lewis—was in a vulnerable way. Nearly six months pregnant with her second son, she lived in Ossining, New York, with her toddler and her husband, the troubled novelist William (Bill) Lindsay Gresham. Jewish-born and Bronx-raised, Joy had been an atheist since childhood and became a card-carrying member of the Communist Party in her early 20s. But motherhood and a move to the suburbs had isolated her from comrades, setting her adrift from the Party and abruptly ending what had been a successful career in New York City as an award winning poet, editor, and film critic for the Communist magazine New Masses.

When the atomic bombs fell in August of 1945, forcing the fact of mortality, Joy suddenly realized that civilization could be instantly obliterated. She was bringing a second child into a world where, she wrote in one poem, “ashes that were babies / blew among the bamboo trees.” Science might not be society’s salvation, as she had long believed; instead, it might be the world’s damnation.

With the destruction in Japan, wrote Time magazine days later, echoing her shaken worldview, “[Humankind] had won the most Promethean of its conquests over nature, and had put into the hands of common man the fire and force of the sun itself. In an instant, without warning, the present had become the unthinkable future. Was there hope in that future, and if so, where did hope lie?” Horror, anxiety, and existential despair clamped onto Joy’s psyche.

During the months that followed, atomic dread, postpartum depression, and an unstable husband left Joy physically ... 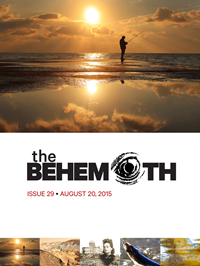