Pop pianist Jim Brickman celebrates a decade of music with a greatest hits album—and hopes to include more inspirational songs on his next recording.
Andy Argyrakis|July 6, 2004

After a decade of playing the world's largest stages and ruling lite rock radio, pianist Jim Brickman finally released a Greatest Hits album. Though the vocal collaborations and solo instrumental pieces could've easily been fleshed out on two volumes, the project is packed with memorable adult contemporary and new age gems. But don't let that term "new age" fool you; that's just a genre name. Brickman himself is a devout Christian who sometimes partners with other Christian artists in his music; guests on previous albums have included Michael W. Smith, Point of Grace, Susan Ashton, and Kristy Starling. And now Mark Schultz appears on Brickman's latest single, "Until I See You Again," which is now paying tribute to American troops at war.

How did "Until I See You Again" become such an anthem over the last few months?

Jim BrickmanIt's really interesting how things take shape. I was getting ready to release Greatest Hits and include a few new tracks and I'd always been a fan of Mark Schultz. It was great to have him on the song. My initial intention with the lyrics had to do with losing somebody in life and waiting to see them again in heaven, but some radio stations took a different meaning. One station in Seattle had military families call in and record messages to be incorporated into the song. It's now like a greeting card song where all these families are wishing their loved ones well and it's gone way beyond that first station.

Many of your songs have been inspirational, but tell me about the deeper message of faith that exists in your catalogue.

BrickmanTo me, being able to do this at all is a God-given gift. It's way of expressing myself and it also gives people the chance to pause and think about their own lives and own ... 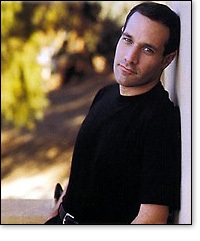