Buddy Miller has hinted at his Christian faith on previous albums, but with his latest release, Universal United House of Prayer, he figured the time was right to let it all hang out.
Mark MoringNovember 15, 2004

Buddy Miller has long been a man of faith, but he hasn't often sung about it, just hinting at it here and there on his critically acclaimed alt-country/roots rock albums. But the current state of the world—the threat of terrorism, a nation at war—combined with the untimely death of his brother-in-law got Miller thinking that now would be the right time to put his faith on a record, clearly and plainly. The result is Universal United House of Prayer (New West Records), which we think is one of the year's best CDs. There's one "war protest" song on the CD—Bob Dylan's epic "With God on Our Side"—but primarily, it's just an expression of Miller's faith, a faith he has shared with his wife Julie, another fine musician, since her conversion almost 20 years ago. Miller, 51, has long been hailed as one of the world's better guitar players; indeed, Emmylou Harris noticed that a decade ago and invited him to join her band, Spyboy. Miller has stuck Spyboy while making solo albums—including a couple with Julie—all along. We recently caught up with Miller, one of the most soft-spoken, humble guys we've met, to talk about the new album and a few other things.

So, I hear your guitar is pretty old.

Buddy Miller Yeah, I bought it at a pawnshop for fifty bucks in the mid-'70s, but I think it's from the mid-'60s. It's a good fifty-dollar guitar.

You're one of the best guitarists in the world. You really bought it at a pawnshop?

Miller Yes. I was playing in a band with Julie, and we were playing in Boulder, Colorado. I was walking by a pawnshop and there it was. It looked kind of ugly-pretty. It had sparkles on it, sort of gaudy looking. But I bought it because I thought it kind of looked good. Took it to the ...

Join in on Facebook
Tags:
None
Posted:
November 15, 2004
More From: Mark Moring 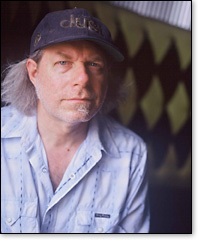