In the 1980s, when the generation yet-to-be-tagged-as-X were still known as "baby busters," a series of John Hughes movies depicted what it meant to be a teenager in America. Sixteen Candles. The Breakfast Club. Pretty in Pink. Ferris Bueller's Day Off. Some Kind of Wonderful. Long before Napoleon Dynamite, Juno or High School Musical, Hughes's films captured the particulars of teen angst and relationships.

Hughes died last week of a heart attack at the age of 59. His funeral was held yesterday in the Chicago suburbs where so many of his movies were filmed. Ben Stein, a longtime friend and one of the Ferris Bueller stars, said Hughes "was the Wordsworth of the suburban America post-war generation."

Hughes's movies are more than a time capsule of '80s music, fashion and hair. They were formational for the worldview of many Gen Xers and shaped how we view friendship and community. By extension, they offer a glimpse into what Christian Gen Xers yearn for in the church.

Another movie of the late '80s, Dead Poets Society, exhorted viewers to carpe diem, seize the day. But what would we actually do if we were to seize that day? Ferris Bueller's answer was to take the day off with his best friend and girlfriend and hit the city. The average suburban teen moviegoer could relate more to catching a Cubs game than reciting candlelit poetry and that barbaric yawp stuff.

But the overarching theme of Ferris Bueller's Day Off is not merely "follow your heart" or "skip school." It's friendship. While Ferris is the focus of the movie, viewers do not generally identify with him. He's too singular, too unconventional. His best friend, Cameron, is the Everyman character. We all know what it's like to want to stay in bed and hide from the world. ... 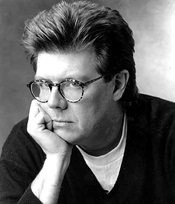